By Brian Warner on January 9, 2012 in Articles › Entertainment

Yesterday Tim Tebow and the Denver Broncos beat the Pittsburgh Steelers 29-23 in one of the biggest playoff upsets in NFL history. Today Tebow is $250,000 richer for his efforts. Tim is openly very Christian and used to paint "John 3:16" on his reflective eye blacking stickers until the NFL forced him to stop. In a supernatural twist of fate that has everyone on the internet talking, yesterday Tebow threw for 316 yards and set an NFL playoff record of 31.6 yards per completion.

Tim Tebow Net Worth and Salary 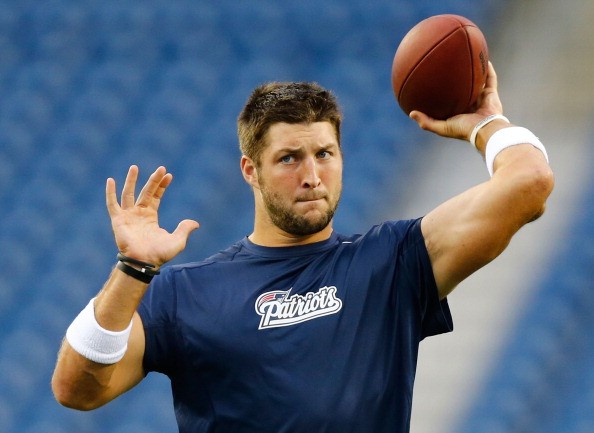 Tim Tebow is currently signed to a five year $11 million contract with the Bronos that earns him a base salary of $1.6 million in 2011 but is loaded with incentives and bonuses. Tebow's contract could grow by as much as $23 million over the next 4 years if he achieves various goals. For example if he beats Tom Brady and The Patriots this weekend, he'll earn another $250,000. Tim has already unlocked a $472,000 bonus for playing in more than 45% of the Broncos's games and is owed an additional $250,000 for playing in more than 70%. If Tim keeps performing miracles and somehow wins The Super Bowl he'll get a cool $1 million bonus.

If Tebow beats The Patriots will you believe more in God? What if he wins The Super Bowl?