By Brian Warner on August 20, 2021 in Articles › Entertainment

Rachel Uchitel has not had an easy love life, or life in general. Since 2009 she's only been known as "Tiger Woods' mistress," but this was not her first brush with international fame. Rachel first captured the world's attention after the 9/11 terror attacks. On the morning of the attack, Rachel went to work as a television producer for Bloomberg News. Her fiancé, James Andrew "Andy" O'Grady – who had proposed less than a month earlier – went to work at the investment bank Sandler O'Neill & Partners. His office was at Two World Trade Center. His tower was the second to be hit. Before Andy's tower was struck, he and Rachel actually spoke briefly over the phone twice. On their last phone call Andy had gone from mildly stressed to extremely scared, telling her:

"Rachel, it's really chaotic here. You don't understand. I just saw someone jump out of the window."

Roughly 17 minutes after that second phone call, the second plane struck Andy's tower. She was not able to reach Andy again.

Rachel spent the next several days going from hospital to hospital desperately searching for Andy. One one of those days, a photographer snapped a photo of Rachel sobbing while holding a stack of missing persons fliers. The photo went viral on newspaper front pages across the globe.

According Andy's will, all of his assets were left to his sister, not Rachel. This created a bit of discomfort between Rachel and the family, with Andy's mother telling the New York Times a few months later:

"He left the money to my daughter, she needs it, and she's my first priority. If Rachel was in real need, and he supported her, things would be different. She's very young, I think she's going to marry someone with a lot of money. She's just starting her career, and she's going to be fine."

In 2004, Rachel married a high school friend. The marriage lasted a year, after which she packed her dogs and belongings and moved to Las Vegas for a totally fresh start.

In Vegas, Rachel was soon hired by a friend to be the director of VIP operations at Tao nightclub. Within a year or two she was thriving, with a successful career and growing Rolodex of the world's most famous and wealthy people. One of her early superstar friends was baseball star, Derek Jeter.

Around 2007 Rachel began moving back and forth between Vegas and New York City to oversee VIP operations for Tao's parent company. 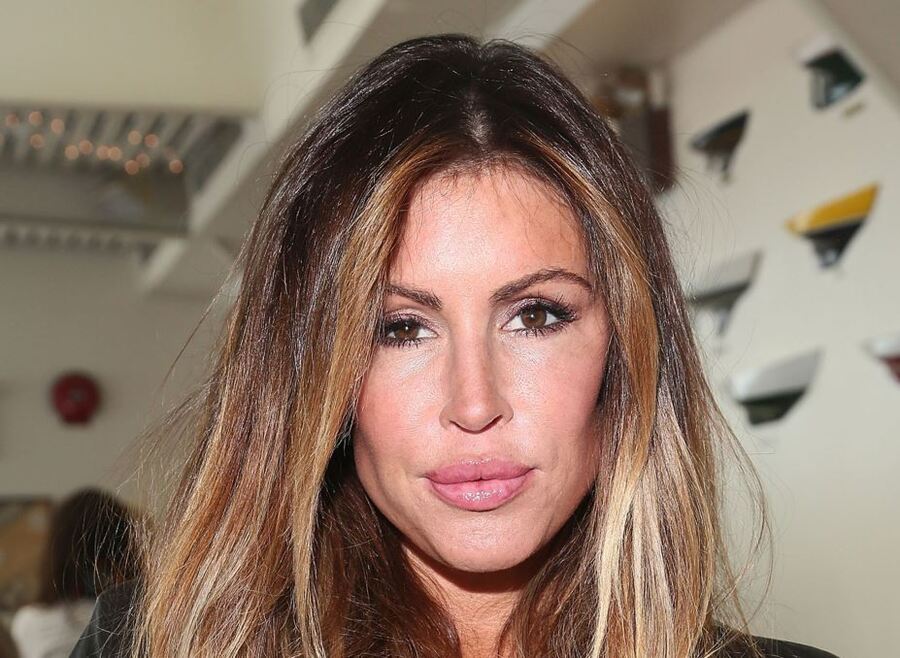 According to a recent New York Times profile of Rachel, she knew Tiger as a client for a year before starting a relationship. During that year she was abundantly aware that Tiger was cheating on his wife of four years at that point, Elin Nordegren.

When Rachel and Tiger began a relationship, she would be flown around the world to his tournaments and personal appearances.

I think we all know the basics of what happened next. Tiger's many affairs were exposed in the weeks following his early morning car crash outside his Florida mansion on November 27, 2009. That crash reportedly happened after Elin used Tiger's phone to text Rachel to prove his infidelities. Once Elin had conclusive evidence of Tiger's cheating, thanks to Rachel's replies, she chased him out of the house at 2:30 am.

As their affair splashed across newspapers around the world Rachel's life, once again, was never the same.

Rachel's payoff has long been the subject of speculation and we now know the exact details thanks to the previously mentioned NYTimes profile.

According to Rachel, she initially demanded $10 million. The final number ended up being…

Technically it was to be $5 million upfront plus $1 million per year for the next three years.

Allred's firm initially wanted 40% of whatever was paid, but Rachel managed to negotiate them down to 20%. On the $5 million upfront payment that worked out to a $1 million fee for five days of work.

After Allred's cut, when it was all said and done, after taxes Rachel netted just…

And when I say just $2 million, I mean that's all she ever got from Tiger.

Rachel began appearing on shows like Dr. Drew's "Celebrity Rehab" (which paid her $400,000) and in magazines like OK (which paid her $250,000). In these appearances she never mentioned Tiger Woods or their situation directly. Yet still, Tiger's team hit her with a claim that she had breached their contract. According to Rachel, via the NYTimes, Tiger refused to pay the additional $1 million over three years AND he demanded she repay the full $5 million she had already received.

In April 2011, Rachel spent two full days in mediation to discuss a potential resolution. According to Rachel's version of the events, Allred's firm urged her to agree to forfeit the future $3 million. She relented but when it came time to sign the papers, Rachel noticed something she felt was strange. According to the documents, Tiger's team agreed to pay Allred's firm the $600k they would have been owed for the future $3 million. It seemed like a glaring conflict of interests. She still signed.

According to Rachel, via the Times, she ultimately sued Allred's law firm, and eventually received a $600,000 settlement from Allred's firm.

Rachel spoke about the Tiger affair for the first time publicly in January 2021 as part of the HBO documentary "Tiger." And despite the fact that she had recently filed for bankruptcy and thought this mess was fully in her rear-view mirror, Tiger's lawyers came calling again. And again his lawyers were demanding damages.

Nearly 11 years later and this poor woman's life is still in shambles. She can't get work. She can't afford her rent. It all sounds pretty awful. And probably not deserved.

The case is ongoing as of this writing.