By Amy Lamare on February 16, 2017 in Articles › Entertainment

There are just a handful of athletes who had careers so legendary their names are awe inspiring. Wayne Gretzky. Michael Jordan. John Elway. David Beckham. Andre Agassi. And, of course, Tiger Woods.

Eldrick "Tiger" Woods was born in Cypress, California in 1975. He is of African American and European descent through his father and Thai, Chinese, and Dutch ancestry from his mom. He grew up in Orange County, California and was a child golf prodigy. He started playing the game before he turned two-years-old. He had help—his dad Earl was a single-figure handicap amateur golfer. In 1978, three-year-old Tiger Woods putted against Bob Hope on The Mike Douglas Show. He shot a 48 over nine holes. He won the Junior World Championships when he was eight-years-old in the 9-10 year age group, the youngest available. He went on to win that championship six times, including four consecutive wins from 1988 to 1991. 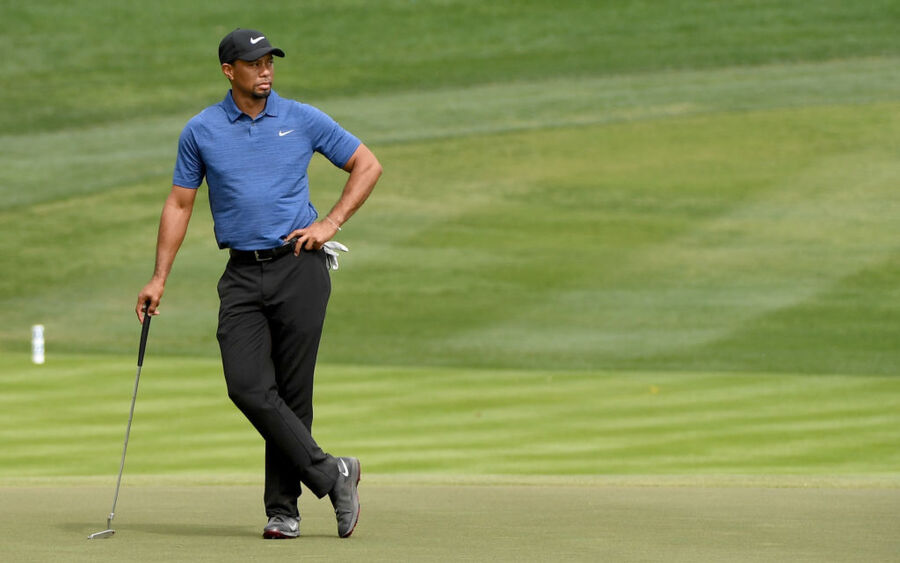 Tiger Woods basically went on a winning streak the likes of which had never been seen before. He beat his father for the first time when he was 11-years-old. After that, Earl Woods never beat his son in golf again. As a student at Western High School in Anaheim, Woods became the youngest ever U.S. Junior Amateur Champion. He was 15-years-old.

In 1994, he became the youngest-ever winner of the U.S. Amateur Championship, a record he held until 2008. Woods graduated from Western High School in 1994 and was voted "Most Likely to Succeed."

Woods attended Stanford University on a golf scholarship.  In 1995, he successfully defended his U.S. Amateur title and was voted Pac-10 Player of the Year, NCAA First Team All-American, and Stanford's Male Freshman of the Year.

In 1995, Woods played in his first PGA Tour major, the Masters Tournament. The 19-year-old golf phenom tied for 41st and was the only amateur to make the cut. At age 20 in 1996, he became the first golfer to win three consecutive U.S. Amateur titles and won the NCAA individual golf championship.

Tiger Woods left college after two years and turned pro in 1996. Since then he has made an astounding $1.4 billion in golf prize money, endorsements, appearance fees, and golf course design fees. Woods is an empire unto himself. He has earned more money than any athlete in the history of sports. (Michael Jordan only earns more if you adjust his totals for inflation.)

At the peak of his career in the late 2000s, Woods made $100 million a year. He was the most bankable endorser in sports at the time. For 11 consecutive years, Woods was the highest paid athlete in the world.

Of course, all of that came to a crashing end – literally. On Thanksgiving 2009 Woods ran over a fire hydrant in his Escalade in the middle of the night and that was the beginning of one of the most salacious scandals of our time. Woods' wife at the time, Elin Nordegren, had found out that her husband of five years and the father of her two children was a serial philanderer. She was furious and chased Woods from their home, resulting in his fender bender.

Woods receded from the limelight after that. It took years for him to rebuild his image—and a fair argument could be made that he hasn't ever really bounced back—not in bankability as a product spokesman or as a golfer.

Nonetheless, Woods did manage to bring in $45 million in 2016—the bulk of it from course design fees and endorsements—and that's nothing to sneeze at. He was sidelined for much of the year as he recovered from back surgery. That $45 million was enough to make him the 12th highest paid athlete of the year.

Woods did enough time in the doghouse after his scandal that he has been able to recoup some of his lost sponsorship money. He recently added two new sponsors—the Monster Energy logo will be placed on his golf bag and he will switch to Bridgestone golf balls. Woods still has his deal with Nike for apparel. Rolex, Upper Deck, Hero, and Kowa are his other sponsors.

Woods' golf course design business is on the upswing with a course in Mexico that opened in 2014, a Houston course in 2015, and several other in the works, including the Trump International Golf Club in Dubai. That course is expected to open sometime this year.

Woods has an advantage as a golfer. The PGA Tour pension plan is amongst the best in sports. Woods' pension is lucrative. It is based on FedEx Cup bonus money and a cuts-made bonus system. There were reports of Woods' pension climbing over the $1 billion mark back when he was in his heyday. That may have been true for a hot second, but since then the stock market tanked, PGA revenue is down, and more of the FedEx Cup bonus money was being paid up front.

With a net worth of $740 million plus his lucrative pension, it isn't hard to already call Tiger Woods the first billionaire golfer—even if he can't access that money until he's 65, it is still his!