Alicia Corning Clark lived an amazingly colorful life filled with celebrities, a president, and a bevy of ex-husbands. Clark passed away in February at the age of 79. She had no children, family, or friends. She did, however, have a $17 million fortune and three doormen at her Fifth Avenue apartment building she was fond of.

Shortly after her death, a handwritten will – dated in the year 2001 – was filed in the Bahamas. It listed doorman William Courtney, elevator operator Felix Afanador, and retired bellhop George Rodriguez as her heirs. According to the will, each would receive $1 million.

Unfortunately for them, in March, Clark's long time attorney, Leonard Boehner, filed a conflicting will dated in 2004, in Manhattan. That version of Clark's last will and testament leaves her entire $17 million fortune to the Humane Society. Boehner was Clark's attorney for more than 50 years and is named as the executor of this will. 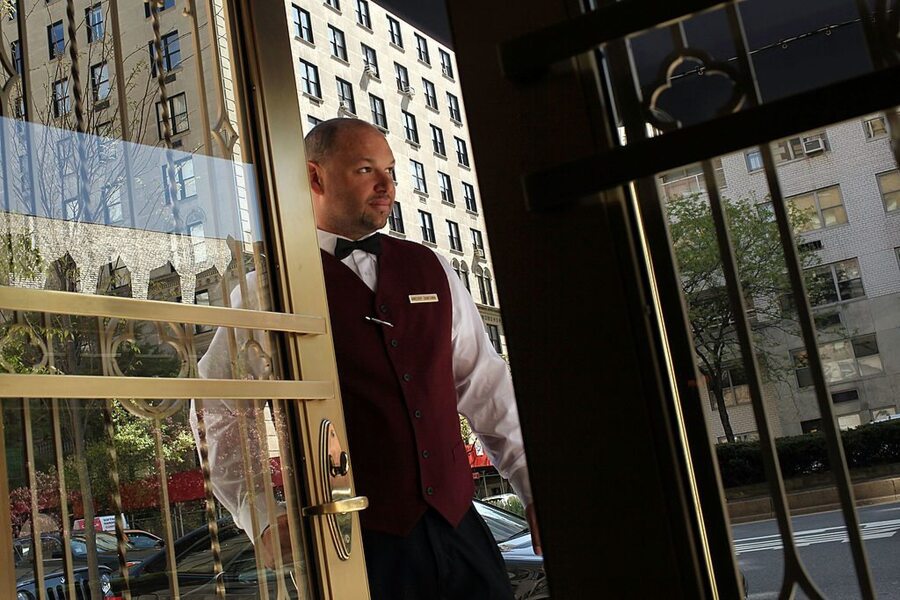 Alicia Corning Clark was born in Poland in 1936. She moved to the U.S. after World War II with her mother. An aspiring actress, she became the subject of the gossip columns of the day. They told the salacious tales of her liaisons with actors Gary Cooper, Tyrone Power, and William Holden.

Clark's first marriage was to a British man named Edmund Purdom. Her second husband, Alfred Corning Clark, was heir to the Singer sewing machine fortune. She inherited $10 million from him when he died unexpectedly at the age of 45, just 13 days after their marriage.

For many years, Clark claimed she had been engaged briefly to John F. Kennedy. She reportedly kept a picture of herself dancing with JFK on her nightstand. Clark told a magazine in 1961 that JFK's father disapproved of her because she was Jewish.

Clark's claim seems far fetched, until you consider that classified FBI documents several months before President Kennedy was assassinated reveal that J. Edgar Hoover told Attorney General Robert Kennedy about a court case that might hurt the president's chances of reelection. Alicia Corning Clark was the subject of that court case. Clark was supposedly paid $500,000 to keep her relationship with JFK quiet.

Later in life, Clark spent much of her time in the Bahamas, where she married Norman Gay, a bodybuilder turned Minister of Health. They divorced in 1985.

Clark became close with doorman William Courtney over the 30 years she lived in her apartment on the Upper East Side of Manhattan. According to Courtney, he accompanied Clark to doctor appointments and on shopping excursions. He also sat with her in her apartment and listened to her tell stories about her past romantic relationships.

The 2001 will stipulates $1 million for each of the three men that work in Clark's building. Property caretaker Wesley Newbold is set to get another million and he long time assistant Dwayne Finley would inherit the rest of her fortune, along with her estate in the Bahamas.

The doormen have all mentioned that Clark would often tell them that their lives were going to change, that big things were in store for them, and that they were going to be blessed. Courtney said Clark even mentioned the $1 million inheritance to him several months before she died.

Finley's attorney argued for the credibility of the 2001 document. Courtney claims to recognize Clark's handwriting after 30 years of being her doorman. The three doormen and Clark's assistant have grand plans of retiring in style. However, Clark's attorney has argued for the validity of the 2004 will, which leaves her entire fortune to the Humane Society, has three witnesses to her signing of this will, and "specifically and unequivocally revoked all prior wills."

Of course, Finley's attorney hired a handwriting expert who said the 2004 will is fake. Naturally, Boehner's attorneys have fired back casting doubt on the doormen and Finley's history with Clark.

A judge in Manhattan has granted Boehner the power to divide Clark's assets in New York. Her assets include a $4.5 million apartment.

Meanwhile, in the Bahamas, the validity of the 2001 will is set to be examined in court. Clark's assets there will be frozen until a determination is made on the matter.