These Three NFL Players Are Finding New Ways To Make Millions… As Entrepreneurs.

It is no big secret that the typical NFL career is short on years and many players are ill prepared for life after the NFL. That's why it is so great that the NFL has created the NFL Business Management and Entrepreneurial Program. This innovative program teaches these athletes how to start and run their own business from the standpoint of being a professional athlete. After all, when you've played in the league for years you can leverage your own wealth and connections to both build your business and help it succeed. Since its inception in 2005, more than 700 players have taken advantage of the education it imparts. The program is held every year after the Super Bowl at top-tier graduate business schools across the U.S. These intensive workshops help players interested in owning, operating, or starting their own businesses.

Let's take a look at three not just notable NFL stars who've moved on from the NFL to their own businesses—but three notable and profitable businesses started by these former football players thanks to the NFL's Kickoff Program.

When Ryan Nece and Jeb Terry were Tampa Bay Buccaneers teammates, they both decided to enroll in the NFL's entrepreneurship program when it was offered at Stanford's Graduate School of Business in 2005. Both players left Tampa Bay after the 2007 season. In 2010, Terry called Nece with an idea for a new business. This idea was a mobile app where football fans could subscribe to channels of their favorite players to hear unedited messages from them.

They founded Gridiron Ventures, LLC, based in Chapel Hill, North Carolina. Their product is the Gridiron Grunts app that lets NFL fans subscribe to their favorite players' channel on the app and listen to short recordings of the players talking about football, the game of the week, and their lives. What makes Gridiron Grunts unique is that is allows users to also submit their own responses to the players.

Terry and Nece have gotten more than 50 players to sign on and participate including San Diego Chargers quarterback Philip Rivers. Users pay 99 cents per month for each subscription to a player's channel or $4.99 a month for unlimited access. 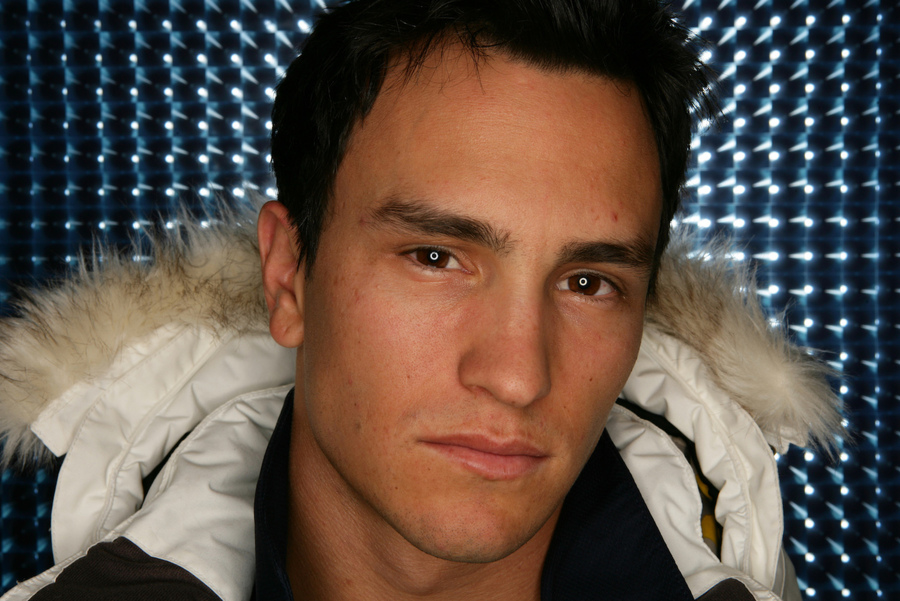 Product: Online ad marketplace with clients that include Microsoft.

NFL Days: Jeremy Bloom played for the Philadelphia Eagles as a wide receiver.

Jeremy Bloom was famous long before he hit the NFL. As an Olympian and member of the University of Colorado's football team, he famously battled the NCAA over amateur status. It differs between the progressive Olympic committee and draconian NCAA. Weathering that storm and having the dedication to compete at Olympic levels through two Winter Games, starting a business should have been a piece of cake.

Bloom struggled in the NFL during his days as a Philadelphia Eagle and began to see a life after professional athletics. He took part in the NFL's entrepreneurship program in 2007 at the University of Pennsylvania's Wharton School. After the program, he met Hart Cunninham, who had experience at the helm of various businesses including a social network and a global advertising network. When the two met, an idea began to form. In 2010, with $500,000 of their own money, the two founded Integrate.com. The business helps brands and ad agencies run ad campaigns across multiple platforms and channels easier than ever before.

Integrate, a Scottsdale, Arizona based advertising technology company, employs more than 130 people and has pulled in more than $20 million in funding. They have a current and past client roster that includes Dell, Microsoft, Hewlett-Packard, and Research In Motion.

They say "do what you love and the money will follow". Former New England Patriots linebacker Matt Chatham has won the Super Bowl, but what he really likes are crepes. He likes crepes so much, in fact, that he has made a business out of them.

Matt Chatham took part in the NFL's entrepreneurial program at Harvard Business School in 2005. In 2008, after he retired from the NFL, he went back to school, obtaining his MBA from Babson College. His business plan for SkyCrepers, LLC was his graduate thesis, and it took top prize in a national graduate business plan competition. SkyCrepers, LLC is a quick serve crepe franchise model he dreamed up from his love of crepes. He not only conceived the business, he self-funded the opening of the first SkyCrepers restaurant in North Attleboro, Massachusetts, which closed recently. However, Chatham has patents pending on several of his menu items and is searching for the next SkyCrepers location with a plan to eventually be a national franchise.

The NFL players prove that anyone can have a second act to their career. If you've got a business idea rolling around that head of yours, what are you waiting for? You could be the next big thing featured her on Celebrity Net Worth!