By Brian Warner on April 5, 2015 in Articles › Entertainment

But it doesn't stop there. When you make an unimaginable amount of money, like billions and billions, you might skip the Gulfstream altogether and buy your very own $350 million Boeing 747. But keep in mind, $350 million would just buy you the base 747-8 model. In order to make your 747-8 truly amazing, you might hire a company called Greenpoint Technologies, up in Kirkland Washington, to completely retrofit your plane to your every desire and whim. These customization and retrofits could cost another $50 million. So out the door, you're looking at around $400 million!!! 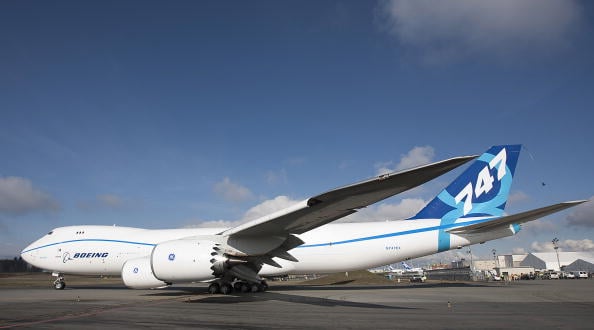 Since announcing the model, Boeing has received orders for nine Boeing 747-8s. Most have been ordered by governments, including the United States, which will be using them to replace the current Air Force Ones.

Unbelievably, a few extremely rich private individuals have ordered their very own Boeing 747-8s. For example, the plane you are about to see was recently customized by Greenpoint Technologies for an insanely wealthy anonymous client. This amazing plane features nearly 5,000 square feet of living space, which is twice as much as the house I grew up in! It has several large bedrooms, staterooms, a dining table for 14 people, and much, more. It's truly a flying palace. A flying palace that would cost you $500 million!!! If I owned this, I would never want to land!