When you pass away, what will be your legacy? Whether we are willing to acknowledge it or not, we all want to leave something special behind. We all want to be remembered for greatness. However, "greatness" means different things to different people. For some people, it means leaving behind a successful business or a secure family. For some, it means leaving behind a major invention or work of art. For others, it can be about leaving behind a gift. Popular actor Jack Lord, star of "Hawaii 5-0," and his wife Marie, left behind the kind of gift that keeps on giving. When Marie passed away in 2005, it was revealed that the pair had left $40 million to charity. 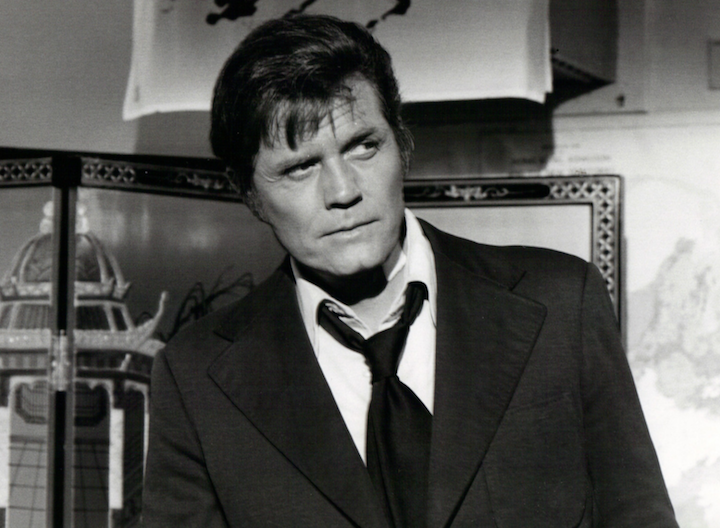 Jack Lord, also known as John Joseph Patrick Ryan, was born on December 30, 1920 in Brooklyn, New York. The young Jack was an interesting mix of contrasts. He was an excellent horseman, learning to ride on his mother's fruit farm in upstate New York. He also spent many summers at sea, and showed real talent as a painter. He often painted landscapes of the countries and lands he passed by boat, including China, the Mediterranean, and portions of the coast of Africa. He went on to attend the United States Merchant Marine Academy and graduated as an Ensign. From there, he secured a football scholarship to New York University, where he earned a degree in Fine Arts. He then built bridges in Persia during World War II and also began appearing in training films for the Merchant Marine.

The training films were his first experience with acting, but he was almost instantly hooked. When he returned to New York, he began working in sales in order to fund his newfound interest in performing. He worked as a car salesman for both Ford and Cadillac in order to pay for his classes with Sanford Meisner at the Neighborhood Playhouse and for his courses at the Actors Studio. He appeared in his first commercial film project, "The Red Menace," in 1949. However, it wasn't until 1954 that his hard work really began to pay off. That year, he made his Broadway debut in "The Traveling Lady" by Horton Foote. He earned a Theatre World Award for his work and it was clear that he was a star on the rise.

He went on to appear in the Broadway production of "Cat on a Hot Tin Roof" the following year. From there, more film work beckoned. He starred in 1957's "Williamsburg: The Story of a Patriot" and 1958's "God's Little Acre." He originated the role of Felix Leiter in the James Bond film "Dr. No," and then starred on the television series, "Stoney Burke." He also appeared in guest starring roles on such shows as "The Americans," "Bonanza," "High Chaparral," "The Man from U.N.C.L.E.," "Rawhide," and "Ironside," among many others. Famously, he was offered the role of Captain James T. Kirk on "Star Trek," after contract negotiations with Jeffrey Hunter fell apart. However, when Lord asked for 50 percent of the show, Gene Roddenberry cast William Shatner instead, and the rest is sci-fi history.

In 1968, he began appearing as Steve McGarrett on the cop show, "Hawaii 5-0." The popular cop show ran for the next twelve years. His signature line, "Book him, Danno!" became a catchphrase. In Hawaii, he became known for insisting that native Hawaiians appear on the show as much as possible, rather than casting actors from the mainland and flying them in. He also insisted that his character drive cars made by Ford, in a nod to the career that supported him during his early acting career.

Lord passed away in 1998. When his wife, Marie Lord, an accomplished fashion designer, passed away in 2005, it was revealed that the pair had left their entire estate to various Hawaiian charities.

The pair had invested their money well. At the time of Marie's death, their estate was worth $40 million.

The Hawaii Community Foundation was charged with disbursing the funds, which were distributed amongst Hospice Hawaii, St. Francis Hospice Care Center, the Salvation Army's Hawaii division, Eye of the Pacific Guide Dogs Inc., The Association for Retarded Citizens in Hawaii, the Bishop Museum, Variety Club of Honolulu, the Hawaiian Humane Society, the United Service Organizations, the Honolulu Academy of Arts, Hawaii Public Television, and the Hawaii Lions Eye Foundation. The charities were to receive anywhere from $32,000 to $340,000 per year depending on the size of their operating budget. The Lords had been donating to the 12 charities for 10 years through a special fund created in partnership with the Hawaii Community Foundation. The fund was worth $750,000 by itself. The sale of the Lords' home was also added to the charitable amount.

Through their $40 million gift, Jack Lord and his wife made it possible for the twelve non-profits to grow, thrive, and fund new initiatives that benefited everyone in Hawaii. "Hawaii 5-0" and Jack Lord helped draw tourists to Hawaii and raised the state's profile on the mainland. However, it is his investment in the people of Hawaii that has had the most lasting effect. When it comes to leaving something behind, his gift proves that generosity is the best kind of legacy.