Jojo Siwa is a 15-year-old YouTube star who's basically poised to take over the world. Jojo who? Exactly.  She just hit our radar too, but once she did, frankly we had to say "damn" and give credit where credit is due. This young lady is a mini-mogul in the making. Jojo came to prominence during her two seasons on Dance Moms. She has two hit singles – "Boomerang" and "Kid in a Candy Store." She posts videos of her day-to-day life on her YouTube channel. She's known for the big hair bows she wears (and markets, but more on that later). Jojo is so popular, her fans even have an official nickname. They are known as Siwanatorz. Cute, eh?

JoJo was born Joelle Joanie Siwa on May 19, 2003 in Omaha, Nebraska. Her dad Tom is a chiropractor from Nebraska and her mom Jessalyn is a dance instructor from Iowa. She has a brother named Jayden. Jojo was a top 5 finisher and the youngest contestant on the second season of Abby's Ultimate Dance Competition. JoJo began auditioning for Abby Lee Miller's dance competition team in 2014. She was selected to be on the team in early 2015. Through the team, she appeared on Dance Moms, which follows the adventures of the dance team. She left the team and the show in 2016. 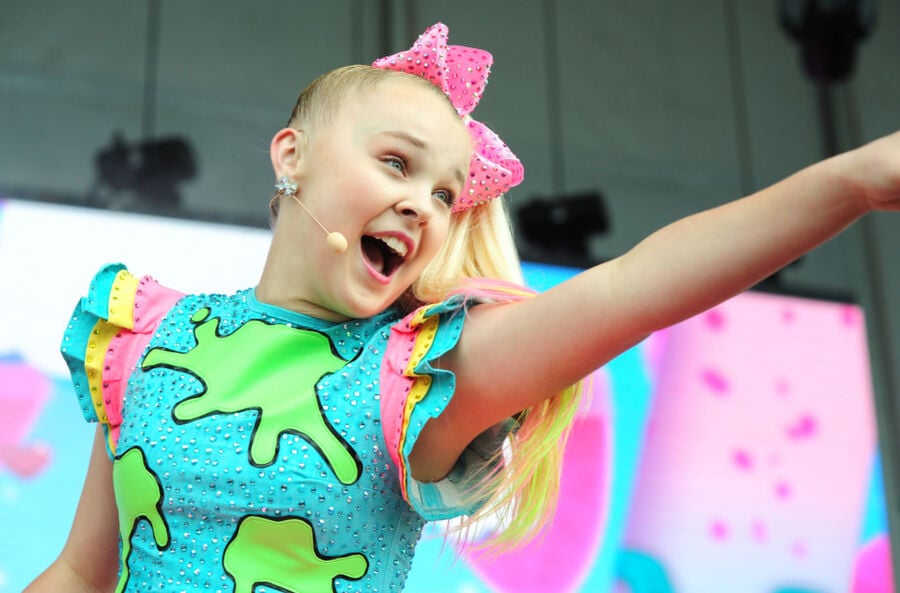 JoJo released her single "Boomerang" in May 2016. The music video for the song has been viewed more than 450 million times and received more than 2.5 million likes. The song deals with cyberbullying and how not to listen to haters and trolls on the internet. The song was certified Platinum by the Recording Industry Association of America in August 2017. She has since released a number of songs including "High Top Shoes" and "Hold the Drama." She is also the author of three books: JoJo's Guide to the Sweet Life: #PeaceOutHaterz, Be You Activity Book, and Candy Kisses.

JoJo is known for wearing large, colorful bows in her hair. She created and released her own line of hair bows called JoJo's Bows in 2016. Siwa has said her bows are a "symbol of power, confidence, believing-ness." They are sold at the accessories store Claire's. She also has a line of accessories, bedroom décor, and her own doll through a partnership with J.C. Penney. Jojo is following in the footsteps of the Olsen twins, Kathy Ireland, Jessica Simpson, and Daisy Fuentes in leveraging her popularity and brand to create her own empire.

Jojo Siwa currently lives in Los Angeles and has a net worth of $8 million. We expect that to grow by leaps and bounds over the years.