These Four Woman Have Made Insane Fortunes Thanks To Cosmetic Empires

These four self-made women are among the richest in the United States. They all made the bulk of their fortunes with their own makeup, skincare, or beauty companies. Each of these four women – Huda Kattan, Anastasia Soare, Kylie Jenner, and Jamie Kern Lima – had a vision and created their makeup empires from the ground up. Each of them has a staggering net worth. Let's take a look at how they did it.

Huda Kattan is the 34-year-old founder of Huda Beauty. Her billion dollar cosmetics company started as a WordPress blog in 2010 where she would post makeup tips and tutorials. In 2013, Kattan launched her cosmetics line. Her first product was a set of false eyelashes that Sephora released. Kim Kardashian became a fan and helped Huda Beauty's Instagram account rack up more than 26 million followers. The Dubai based company evolved into a full line of cosmetics including eye shadow palettes, liquid lipsticks, lip liners, highlighter palettes, foundation, and false nails. Today Huda Beauty has more than 140 products. Kattan is ranked number one on the "2017 Influencer Instagram Rich List." She makes $18,000 for each sponsored post. Huda Beauty brings in at least $200 million in annual revenue. Her sisters are her partners. 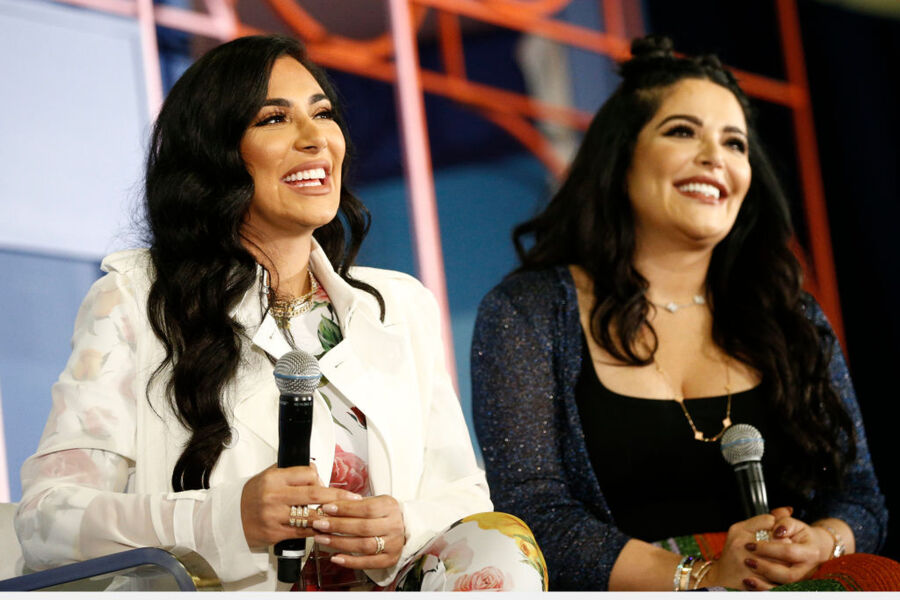 Kattan was born in Oklahoma City, Oklahoma to Iraqi immigrants. The family later moved to Tennessee, Boston, and Dubai. In the U.S. she was surrounded by mostly white people and struggled with self confidence after being bullied for her ethnicity. She started telling people her name was Heidi. Makeup comforted her. She attended the University of Michigan-Dearborn where she majored in finance. Huda Kattan is the majority owner of Huda Beauty and has an estimated net worth of $550 million.

Eyebrows are having a moment in fashion. Thick, well groomed brows are all the rage. There's one woman that women are turning to to get the eyebrows of their dreams: Anastasia Soare. She is the founder of Anastasia Beverly Hills and she has been a favorite of celebs and Los Angelinos in the know for decades. Soare was born in Romania and moved to Los Angeles in 1989. She was a 32-year-old single mother who didn't speak any English. She got a job in Los Angeles as an aesthetician. She noticed that American women didn't pay much attention to their eyebrows. She had learned about the golden ratio back in art school and began applying it to her clients' eyebrows. The golden ratio was also used by Leonardo da Vinci. It uses the ratio of 1.618 to 1.0 to find the perfect arch of an eyebrow. Soare has patented this.

It didn't take long for celebrities to find her. Supermodels Cindy Crawford, Stephanie Seymour, and Naomi Campbell were among the first famous ladies to have their brows done by Anastasia. She opened her own small one room studio in Beverly Hills in 1992 and found herself working seven days a week offering her eyebrow grooming, facials, and waxing. Five years later, she was successful enough to open her flagship Beverly Hills salon. 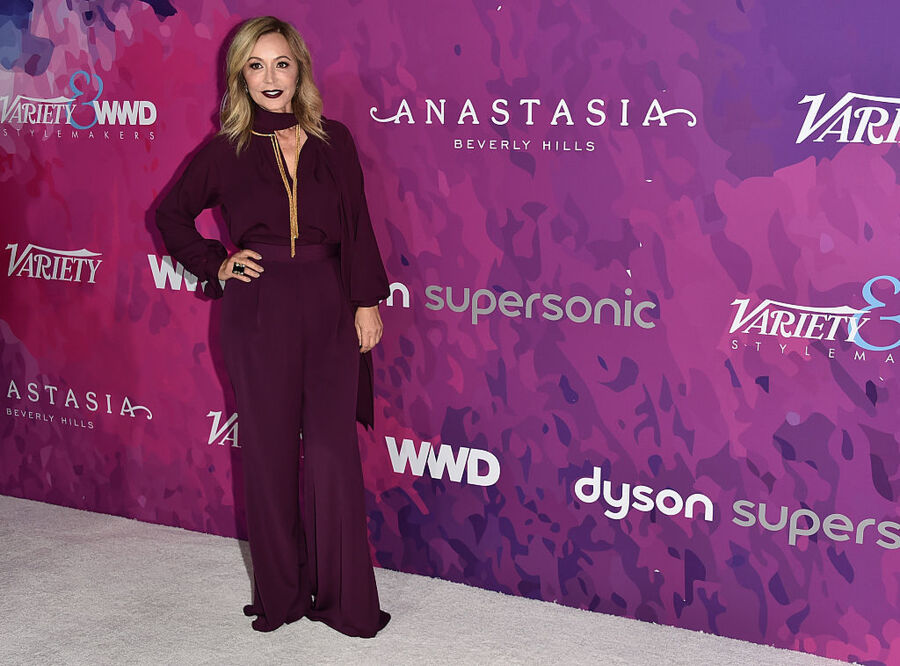 She was also one of the first beauty companies to use social media as a brand strategy. In 2013, Anastasia Beverly Hills launched an Instagram account and soon found that Insta models and influencers including Kim Kardashian, helped her go viral. Due to her Instagram success, Soare then launched a makeup line. Not long after, Anastasia Beverly Hills products were selling in Sephora, Ulta, and pretty much everywhere else.

Soare's line now sells 485 products and goes well beyond makeup for eyebrows. Anastasia Beverly Hills is in 2,000 stores around the world. The company brings in about $340 million in annual revenue.  The company is currently worth around $1.5 billion. Soare owns 100% of the company. 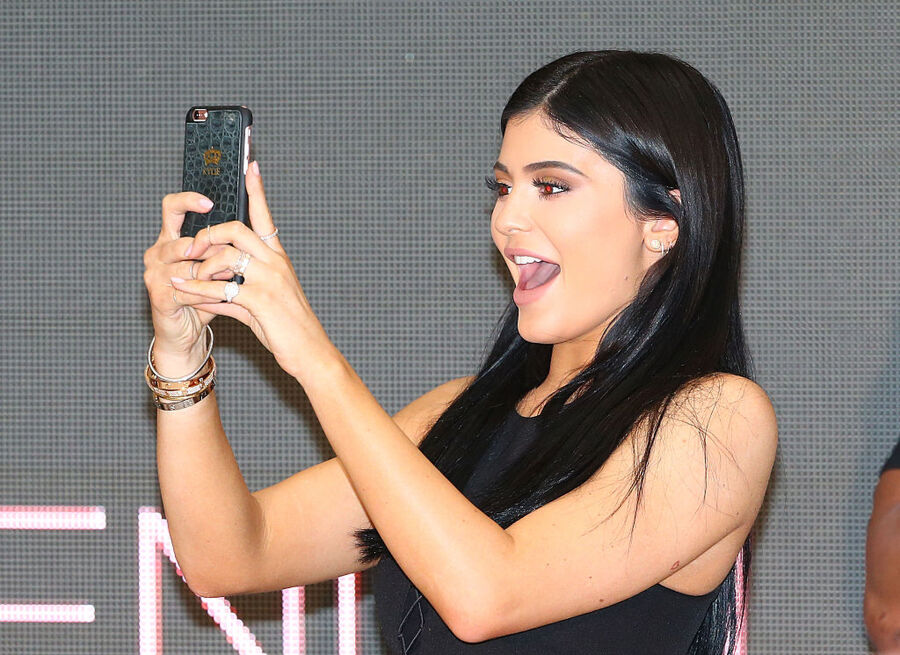 We live in the age of social media and that has really helped Kylie reach her fans and customers. Kylie outsources the manufacturing, packaging, sales, and fulfillment. Kris Jenner handles the business side in exchange for a 10% cut. Basically, all Kylie does to make that staggering about of money is leverage her social media following. She takes to Instagram and Snapchat nearly hourly posting pouting selfies about which shade of Kylie Cosmetics she's wearing, posts videos of upcoming products, and announces new launches. It doesn't sound like much until you consider the fact that she has more than 110 million followers on Instagram alone, many of whom are young women and girls—the target audience for those peddling lip gloss and mascara.

Kylie Cosmetics has generated around $230 million in net profit since it launched.

Jamie Kern Lima may look familiar to you. She was a contestant on the first season of Big Brother. She was also Miss Washington. And a reporter. For the past decade, however, she has been the founder and driving force behind IT Cosmetics. But let's back up a bit. Jamie worked her way through Washington State working several jobs including teaching gymnastics, babysitting, working as a receptionist, bagging groceries, and waiting tables. Right before graduation, she took a risk and applied to be a member of the first season of Big Brother. After the reality show wrapped, she became a reporter. She loved telling stories but hated the constant critiques and judgments about her appearance. She has rosacea and the red blotches that appeared on her skin weren't camera friendly. So, she quit her job to focus on an idea she had—a line of makeup that would work for people like her.

When she was a reporter, she had a hard time finding makeup products that worked for skin like hers. This led her to realize that there was room in the market for a product for people with rosacea and other skin conditions. She launched IT Cosmetics – the IT stands for Innovative Technology. She wanted to create a product that gave results, rather than one that was trendy. For years she met with major cosmetics companies but was unable to sell her idea. 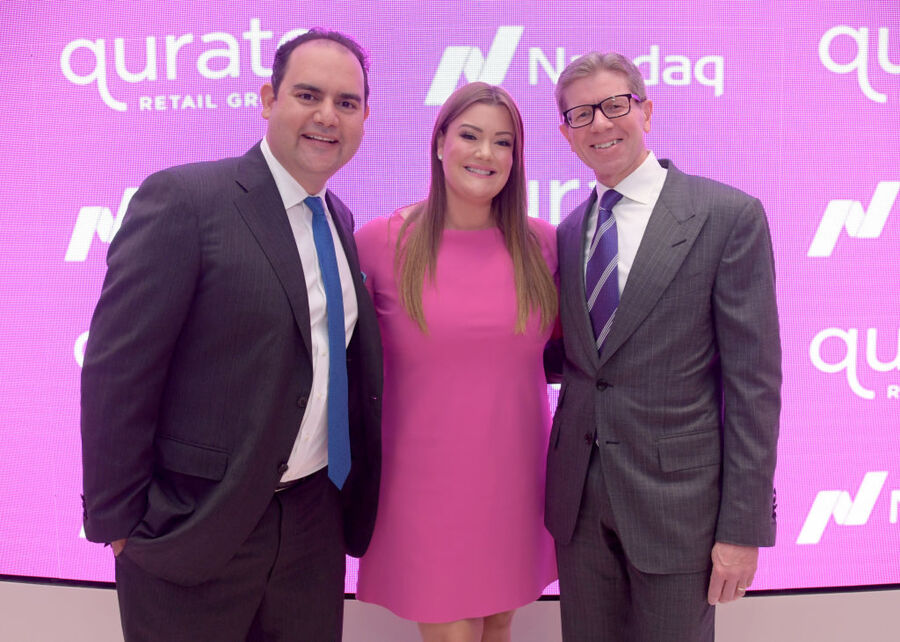 Her instincts told her to keep moving forward. She and her team have worked 100 hour weeks for the past decade. She and her husband and co-founder Paulo Lima have not taken a day off since they launched the company. She is a relentless marketer. She used her pageant and reporting experience to make in store appearances, make YouTube videos, and go on QVC live with the message that her product worked and she would show you.

Her appearances always begin with her calmly talking about women's problems and issues with makeup. She uses a face wipe to take the makeup off of her right cheek. This reveals her rosacea. Then she reapplies her IT Cosmetics products and the rosacea disappears. That message resonated with women. In 2015, IT Cosmetics had $182 million in sales. By 2016, the company was on track to sell more than $400 million. That got the attention of L'Oreal. In August 2016, L'Oreal offered Jamie $1.2 billion in cash. Jamie Kern Lima, as the majority owner, took home roughly $410 million after taxes.