By Amy Lamare on December 29, 2019 in Articles › Entertainment

YouTube was launched in 2005 and since then, it's become a factory for creating internet stars and millionaires – many of whom are not legally old enough to buy or consume an alcoholic beverage. The biggest YouTube celebrities have become masters at attracting an audience to monetize their sponsored videos and advertising. Along the way, these internet stars make a name for themselves offline too, often publishing books, or getting roles in television shows or deals from Netflix, Disney, or YouTube Red. Brand partnerships and clothing lines have also become a part of the biggest YouTube personalities' revenue streams.

Ask any kid or tween or 20 something and they can tell you who the biggest YouTube stars are. But what they may not understand is just how much money their favorite YouTubers are making. Of the top 10 highest-paid YouTube stars, the lowest-paid VanossGaming's Evan Fong made $11.5 million. Makeup artist Jeffree Star made $17 million. A five-year-old Russian girl with cerebral palsy named Anastasia Radzinakaya made $18 million sharing videos of playdates with her dad, playing with her cat, and other typical things in a child's day. Her biggest video was a 2018 clip of a trip to a petting zoo with her dad in which the father and daughter dance to the "Baby Shark" song. That video has 767 million views. Anastasia, who goes by Nastya has 107 million subscribers across seven channels. Her videos have been viewed 42 billion times. She debuts on the list of the highest-paid YouTube stars at number three.

Notably missing from the list is brothers Logan and Jake Paul. Last year they were the 10th and second-highest paid YouTubers and didn't make the list in 2019.

Daniel Middleton is a 28-year-old known as TheDiamondMinecart. His channel focuses on the popular video game Minecraft and Fortnite. He posts daily reviews and game-play videos and takes his live show on tour.

Hawaii-native Markiplier's YouTube channel is focused on gaming and his energetic personality has attracted followers to his content. The gamer launched Cloak, a high-end athleisure line for gamers with fellow YouTube stat Jacksepticeye. 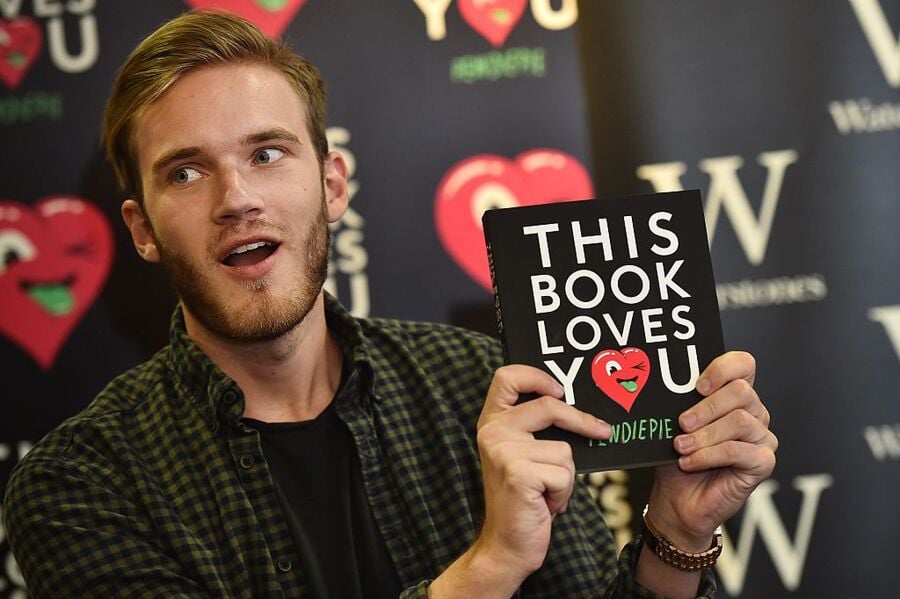 PewDiePie is a Swedish video game commenter. His videos show him playing video games while a box at the top corner of the screen shows his reactions to what is happening. In January 2017, he ran into trouble when anti-Semitic messages were found in his videos. PewDiePie posted a video that featured two men laughing as they held a sign that said, "Death To All Jews." He had previously landed a multimillion-dollar deal with Disney to launch his own network. He was found to have made 10 videos with anti-Semitic comments or Nazi imagery. This led Disney and YouTube to sever ties with him. Since then, advertisers have returned, spending up to $450,000 for a sponsored video. He rebounded from this and other scandals. This month, he announced he's taking a break from YouTube.

Preston Arsement is a newcomer to the list this year. He got his start playing Call of Duty. He became very popular quickly and added friendly pranks to his channel's content. He also runs Minecraft servers that net him seven figures annually.

Jeffree Star is a makeup artist who has been famous since MySpace. He has since blossomed into a beauty mogul, co-founding Jeffree Star Cosmetics, which brings in more than $100 million in revenue annually.

Rhett McLaughlin and Link Neal are two of YouTube's first stars. They host the popular daily show Good Mythical Morning, on which they eat things like Cheetos flavored Pop Tarts. They have four channels, a podcast, and two books. They also bought the network Smosh for $10 million earlier this year.

Anastasia has become one of the world's fastest-growing YouTube content creators due to videos in seven languages on her channels. She signed six-figure deals with Legoland and Dannon. She and her family also relocated from Russia to Boca Raton, Florida.

Dude Perfect is the brainchild of twins Cory and Coby Cotton and three other friends from Texas A&M. All five of the young men are former high school basketball players now in their 30s. They make comedy videos and do sports tricks.

Ryan of the YouTube channel Ryan Toys Review makes millions for his family simply by opening and reviewing new toys. Ryan is eight-years-old. Think about that for a moment.