By Amy Lamare on December 14, 2018 in Articles › Entertainment

It is hard to believe that YouTube has only been around for 13 years. Since YouTube launched way back in 2005, it has become a factory for creating internet stars and millionaires – many of whom are not legally old enough to buy or consume an alcoholic beverage. The biggest YouTube celebrities have become masters at attracting an audience to monetize their sponsored videos and advertising. Along the way, these internet stars make a name for themselves offline too, often publishing books, or getting roles in television shows or deals from Netflix, Disney, or YouTube Red. Brand partnerships and clothing lines have also become a part of the biggest YouTube personalities' revenue streams.

Ask any kid or tween or 20 something and they can tell you who the biggest YouTube stars are. But what they may not understand is just how much money their favorite YouTubers are making. Of the top 10 highest paid YouTube stars, the lowest paid – 23-year-old Logan Paul – made $14.5 million. A dude that goes by Markiplier made $17.5 million. His real name is Mark Fischbach and he is a native of Hawaii. He launched his YouTube channel in 2012 while he was in school in Cincinnati as a biomedical engineering student and going through a rough time. He has broken up with his girlfriend, been laid off from his job, and had an adrenal gland tumor that had to be removed by surgeons. He didn't feel like he had any control over his life, so he started recording audio segments as practice for a career in voice overs, but the now 29-year-old found an audience through clips in which he played video games while providing witty running commentary on the game. Today, he has 22.4 million YouTube subscribers and 10 billion views of his videos. So basically, he makes $17.5 million for playing video games. This fall, Fischbach co-founded an athleisure line called Cloak with fellow YouTuber Sean McLoughlin, aka "Jacksepticeye." Jacksepticeye came in 8th on this year's list with $16 million. 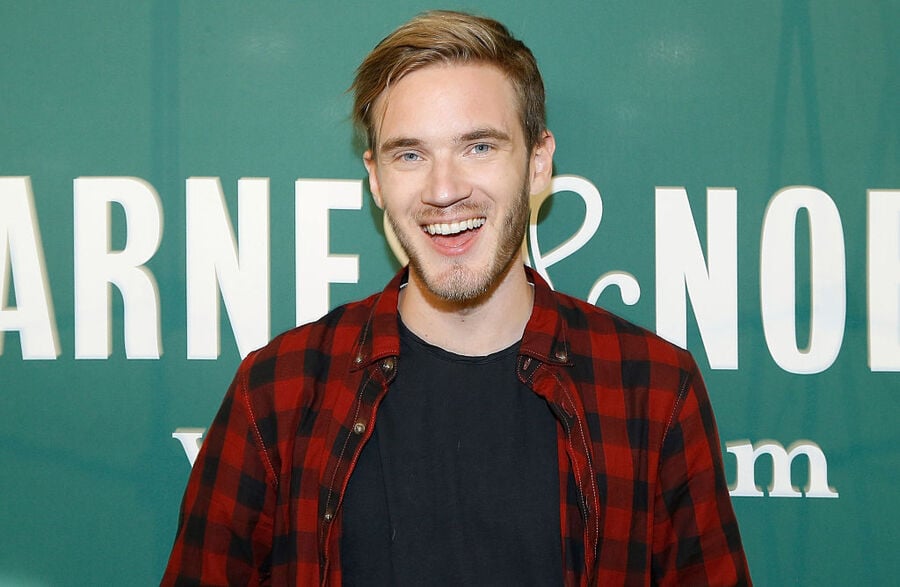 Logan Paul is the 23-year-old former Vine star and older brother of Jake Paul. Logan posts comedic reaction videos and vlogs. In January, he was kicked off YouTube's Google Preferred program after he filmed a video in Japan that showed a suicide hanging from a tree. His income from videos took a hit but loyal fans kept buying his merchandise.

PewDiePie is a Swedish video game commenter. His videos show him playing video games while a box at the top corner of the screen shows his reactions to what is happening. He has more than 72.5 million followers. In January 2017, he ran into trouble when anti-Semitic messages were found in his videos. PewDiePie posted a video that featured two men laughing as they held a sign that said, "Death To All Jews." He had previously landed a multimillion-dollar deal with Disney to launch his own network. He was found to have made 10 videos with anti-Semitic comments or Nazi imagery. This led Disney and YouTube to sever ties with him. Since then, advertisers have returned, spending up to $450,000 for a sponsored video.

Sean McLoughlin is the energetic, foulmouthed, most popular YouTuber in Ireland thanks to his colorful video-game commentary. His penchant for sweating hasn't kept him from going mainstream. He did a series for Disney and he's also developing exclusive content for Twitch.

Evan Fong is a 26-year-old Canadian who launched the Vanoss Gaming YouTube channel. He posts comedic videos of him playing video games. He plays games like Assassin's Creed and Call of Duty. In his off time, he's launching a hip-hop career.

Hawaii-native Markiplier's YouTube channel is focused on gaming and his energetic personality has attracted followers to his content. Mark Fischbach plans to use his internet celebrity to launch a music and acting career. The gamer toured North America, signed seven-figures worth of brand deals and, recently launched Cloak, a high-end athleisure line for gamers with No. 8 Jacksepticeye.

Jeffree Star is a makeup artist who has been famous since MySpace. He has since blossomed into a beauty mogul, co-founding Jeffree Star Cosmetics, which brings in more than $100 million in revenue annually.

Daniel Middleton is a 27-year-old known as TheDiamondMinecart. His channel focuses on the popular video game Minecraft. He has 20.7 million followers. He posts daily reviews and game-play videos. In the past year, Middleton had a world tour that included four sold out nights at the Sydney Opera House. He also has a booming merchandise business. He was last year's top earner with $16.5 million

Dude Perfect is the brainchild of twins Cory and Coby Cotton and three other friends from Texas A&M. All five of the young men are former high school basketball players. They make comedy videos and do sports tricks. A video of them throwing Ping Pong balls that cause a domino-like fall of Oreos garnered 175 million views.

The energetic younger brother of Logan (No. 10) earned a career-best to date income from his merchandise business. He attracted more than 3.5 billion views of his rap songs and goofy pranks over our scoring period. Jake Paul was a personality on Vine before it went under.

Ryan of the YouTube channel Ryan Toys Review makes millions for his family simply by opening and reviewing new toys. Ryan is seven-years-old. Think about that for a moment. His YouTube channel has over 17 million subscribers. He recently released a line of collectibles and more, now selling at Walmart.