There's A New Super Luxe, High-Security-Guard Gated Community Coming To Malibu And You Can Live There For $40-$100 Million

If you have at least a spare $40 million laying around you can move into the new super luxe high-security-guard gated community in Malibu. But you better act fast, there are only five homes in this community, and they start at $40 million and top out at $100 million. Scott Gillen is the real estate developer, designer, and architect behind the 24 acre development called The Case. The community was inspired by the famous Case Study Houses by Richard Neutra, Charles and Ray Eames, and Eero Saarinen in the 1950s and 60s.

The Case took 11 years to get approved, and it is one of only three gated communities in Malibu. With that long lead for approval, it is unlikely that another community of this type will be built anytime in the next several decades. The lots for the homes in The Case are large. The smallest is just over 2.5 acres. The largest is almost six acres. The community has unobstructed views of the ocean and mountains.

The five houses in The Case are designed in a mid-century modern style and range from 10,000 square feet to 12,500 square feet. Gillen is a 32 year resident of Malibu and designed the homes with a variety of materials and finishings that incorporate the warmth that Malibu is known. Each home will also have its own private pool. 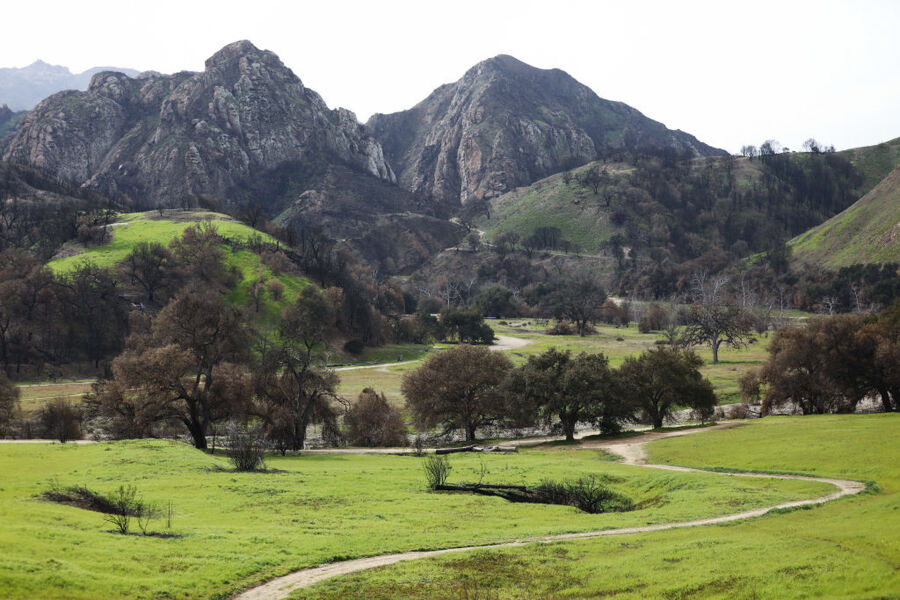 Gillen paid $50 million for the 24 acres where the community is being built. He is perhaps best known for the $85 million spec mansion he listed in Malibu in 2017 known as The New Castle. Gillen is the designer and CEO of the architectural firm Unvarnished. He's developed homes for Matthew Perry and David Duchovny. He is pretty much single-handedly responsible for driving up Malibu's already pricey prices. Unvarnished has built more than 23 custom properties in Malibu over the last 15 years.

Additionally, The Case will have a manned guardhouse and gate with security 24/7/365. There will also be other layers of security though Gillen won't go into them lest he give away his trade secrets, a big selling point to this exclusive compound. He did reveal that he worked with security expert Gavin de Becker to design the development's security.

Apparently, one well-known Malibu resident is under contract for one of The Case's homes valued at just under $40 million.

The homes in The Case also come with a uniquely Malibu amenity – water cannons that rise out of the ground to fight wildfires. This past summer, the Woolsey fire ripped through Malibu causing destruction in its path, especially in the community of Point Dume, where entire blocks of homes burnt to the ground. Gillen also envisions a fleet of private firefighters for The Case.

The Case is expected to be completed in 2020.