The Unlikely Partnership Of A Rapper And Billionaire Alex & Ani Founder, And Their $10 Billion Bid For Part Of Disney

By Amy Lamare on April 4, 2019 in Articles › Entertainment

Ice Cube is a founding member of rap group N.W.A. Carolyn Rafaelian is the founder of Alex and Ani jewelry. They are pretty different people. Cube comes from the streets of Los Angeles' Compton neighborhood. Rafaelian comes from New England. The two met at her Venice Beach, California home last year and have struck up an unlikely friendship and partnership. The two may end up being the ones to tie up one of that last loose ends in the $71 billion Disney acquisition of 21st Century Fox. The two are planning to make a bid for Fox's regional sports network.

The bid was put together by Ice Cube's Big3, a 3-on3 basketball league made up of mostly former NBA players. Rafaelian is an investor in Big3. Disney, which owns ESPN, must divest of the sports networks acquired in the Fox buyout within 90 days of the deal closing, according to Department of Justice rules. Cube and Rafaelian will put together the funding with help from investment bank Macquarie Group and the private equity firm Centerbridge Partners. Rafaelian, Macquarie, and Centerbridge will each devote $1 billion to the deal. Cube's Big3 will put in between $350 and $500 million.

The 21 networks Cube and Rafaelian are bidding for have the broadcasting rights for 50% of the MLB teams. It is a good deal for Rafaelian and Ice Cube. The networks they are bidding for are estimated to be worth about $15 billion. But how did this unlikely duo come to be? 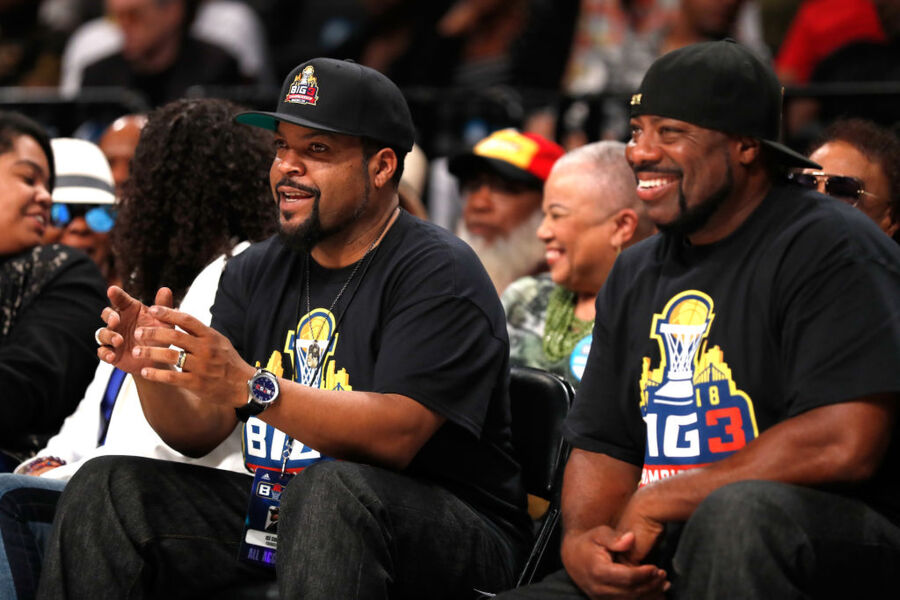 Back in 2018, Rafaelian's business partner and attorney Mark Geragos approached her. He knew Jeff Kwatinetz, an entertainment executive who was one of the co-founders of Big3 and thought that could be a good investment for Rafaelian. She is a lifelong huge basketball fan and her Alex and Ani already had lucrative licensing deals in place with the NBA, MLB, and NFL. The Big3 fits in with her brand. She invested an undisclosed amount to have Alex and Ani sponsor the league.

After she invested in Big3, she met Ice Cube and they hit it off. Geragos saw an opportunity when it was announced that Disney would have to divest from Fox's regional sports networks within 90 days of closing the Fox deal. At the time, Big3 was finishing up a two-year contract with Fox Sports and looking for a new broadcasting deal. The timing was perfect.

Traditionally, regional sports networks focus on the game. The channels air local sports and fills the rest of the time with reruns of old games, interviews with coaches, and commentary. Cube and Rafaelian want to shake that up by creating content that attracts a young audience with talk show and series focusing on the intersection of sports, politics, and culture. They want to make the regional sports networks more than just local sports so that they can then attract larger advertisers.

Rafaelian believes in the vision. She also believes in Ice Cube and his experience in music, TV, film, and through Big3, live entertainment. She predicts that, should she and Cube win the $10 billion bid for Fox's regional sports networks, that their reinvention of the networks will turn out to be the one channel you just can't turn off.