By Paula Wilson on March 16, 2015 in Articles › Entertainment

Think fast! Name the part of your body you use the most. Now, imagine that whatever that body part is, it is critical to your livelihood. If you're a dancer – maybe it's your legs. If you work in administration – maybe it's your hands. If you work in sports – maybe it's your shoulders or feet. Whatever the body part, its functionality must actually determine your income. Now imagine that you're a superstar performer or athlete. Your body is how you make your income. You are, in essence, you're own brand. If you change a part of yourself drastically, or damage a part of your physical image, it can have grave consequences for your career, and the careers of all the people who work for you. This is why so many stars actually insure parts of their bodies. While many top athletes and artists admit to feeling pretty weird about the whole thing, the practice is quite common. In fact, it's becoming increasingly so, as more actors do their own stunts, athletes play through the off-season, and singers and dancers tour incessantly. Here's a quick rundown of some of your favorite artists and athletes, and just which parts of their bodies are deemed the most worthy of insurance.

Celebrities have been insuring body parts since the 1930s, when the Hollywood movie musical machine really began to roll. Performers used to find their own insurance companies, and they were usually insuring themselves against injury on set. For example, legendary actress/dancer Cyd Charisse, who performed many, many jaw-dropping dance numbers for Hollywood films such as "Singin' in the Rain" and "Brigadoon," insured her legs in the 1940s. Musician, actor, and comedian, Jimmy Durante's nose was so synonymous with his image, he was nicknamed "The Schonozzola" or "The Schnoz." He chose to insure his nose during the height of his popularity. Nowadays, with social media making a performer's image more important than ever, insuring all the important parts of an actor, athlete, or touring performer is considered a regular business expense.

Taylor Swift has won 7 Grammy Awards, 16 American Music Awards, 11 Country Music Association Awards, and 34 Billboard Music Awards, among many other honors. She's sold over 40 million albums worldwide, and her upcoming world tour is set to hit 87 venues around the world between May and December. That's a lot of traveling and performing, not to mention squeezing in interviews, appearances, and other required events. Earlier this month, the marketing machine behind all things Taylor decided they needed to make sure their artist would be covered in the event of anything unforeseen happening. So they insured her legs – for approximately $39.3 million. Since her last tour grossed $150.2 million, it probably seems like a sound investment. 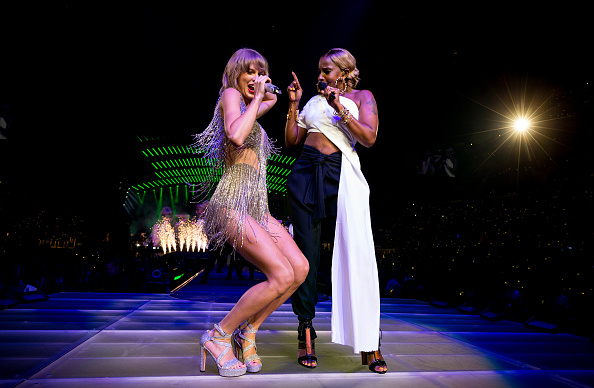 Jennifer Lopez began her performance life as a professional dancer, first gaining notice as a "Fly Girl" on "In Living Color." She has gone on to enjoy both successful music and movie careers. She's sold 60 million albums and her films have grossed $2 billion at the box office. She's got multiple clothing and perfume lines, her own production company, and a few books to her name. She's quite literally everywhere. While her sheer charisma and performance ability have kept audiences coming back, it is her seemingly ageless body, and her derriere in particular, that has garnered a fair share of all that attention. Understanding that some of her fame is attached to her backside, the singer-actress-producer-author insured her butt for $27 million.

Kim Kardashian is arguably the world's most famous reality star, but that reality fame was built on the foundation of one of the most infamous amateur sex tapes ever "leaked" to the public. Her entire career is based on her body, whether she is appearing on any of her family's multiple reality shows, modeling, endorsing products, or simply showing up somewhere high-profile. Like JLo, her butt has been the subject of much discussion, and various (tasteless) photo shoots. She insured that famous behind for $21 million.

Australia singer and actress Kylie Minogue has sold 70 million albums worldwide over the course of a career that has spanned over 30 years. She's like the energizer bunny of pop music. After appearing on the popular Australian soap "Neighbours," she launched a moderately successful music career. In the early 2000s, she changed up her sound, went more "sex-kitten" in her styling, and took off. Her Marilyn Monroe-like persona, clothing, and physicality is so important to her image that she insured her butt for $4.4 million.

Dolly Parton has both sung and written a ridiculous number of hit songs, including "I Will Always Love You," "Jolene," "9 to 5," and "My Tennessee Mountain Home." She's won 8 Grammy Awards and has been nominated 46 times. She's also been nominated for Tony Awards, Emmy Awards, and two Oscars. She's a multi-instrumentalist, has her own theme park, runs a successful production company, and has sold 100 million tracks and albums worldwide. In addition to her amazing career, she is also widely recognized for her breasts, which are size 40DD. She reportedly insured them for $5.6 million, roughly $2.8 million per breast.

Bruce Springsteen has been churning out hits with his distinctly raspy sounding voice since 1965. He's sold 120 million albums worldwide and has won 20 Grammy Awards, an Oscar, and two Golden Globes. He often performs concerts that last 3 hours or more, and pours his heart and soul out on the stage. However, that kind of performance can take a toll on the vocal chords, so his are insured for $4.4 million.

At the height of his career, David Beckham was pretty untouchable on the pitch. His ability to continue playing at such a high level was so important to Real Madrid that they insured his legs for $148 million. After a staff changeover, Beckham's relationship with Real Madrid soured, and he left the team after just four years. Sort of makes you wonder whether that insurance policy ended up being worth it to them.

Cristiano Ronaldo is known for being an excellent footballer, extremely handsome, and for pointing at himself in celebration whenever he scores a goal. He's won three Ballon d'Or and three European Golden Shoe Awards, and this year, he was named the "Best Portuguese Footballer of All Time" by the Portuguese Football Federation. The combination of good looks and great feet caused Real Madrid, his current team, to insure his legs for $109 million.

While Daniel Craig had been acting on stage and in major film roles for years, he didn't seem to really burst onto the world stage until he appeared in the action film, "Lara Croft: Tomb Raider" in 2001. Starring roles in such films as "The Mother," "Layer Cake," "Enduring Love," and "Munich" soon followed. However, it was his re-imagining of James Bond for the film, "Casino Royale" that finally made him a bonafide star. He did many of his own stunts on his first Bond film, and when he came back for the second film, "Quantum of Solace," he insisted on doing as many as possible again. Now that he was a big star, however, the studio was nervous. They insured his entire body for $7.4 million.

Julia Roberts seems to have been churning out hit films since the beginning, and the truth is, she has. Her third film, "Mystic Pizza" became a sleeper hit, and her fourth film, "Pretty Woman" has sold more tickets than any other romantic comedy in North America ever – 42 million. It's grossed over $460 million. She's won an Oscar, one BAFTA, three Golden Globes, and has received nominations for numerous other awards. Her wide, toothy smile has been the subject of much discussion since it first caught the public's attention in "Mystic Pizza," so at the height of her career, her teeth were insured for roughly $29 million.

It must be mighty strange having to put a price tag on a part of your body. However, if it's a huge chunk of your ability to pay the rent (and all of the people who work for you), it does make sense. If you had to choose a body part to insure, what would it be? And would you ever want to be famous enough that that would even be a consideration?