Gigi and Bella Hadid are successful models and celebrities about town (and by town I mean the whole globe). Their father, Mohamed Hadid is a multi-millionaire property developer facing criminal charges over the construction of his enormous mega mansion in Los Angeles's tony Bel Air neighborhood.

For years now, Hadid has been intent on building one of the biggest mansions Los Angeles has ever seen. The entire saga has been rife with accusations of intimidation, thievery, and bribery. Hadid bought the hillside plot of land in Bel Air for just under $2 million in 2011. At the time a ranch style house occupied the land. He immediately had that torn down and started construction on the house he was calling "The Modern House of Hadid." His neighbors called the house "The Starship Enterprise." 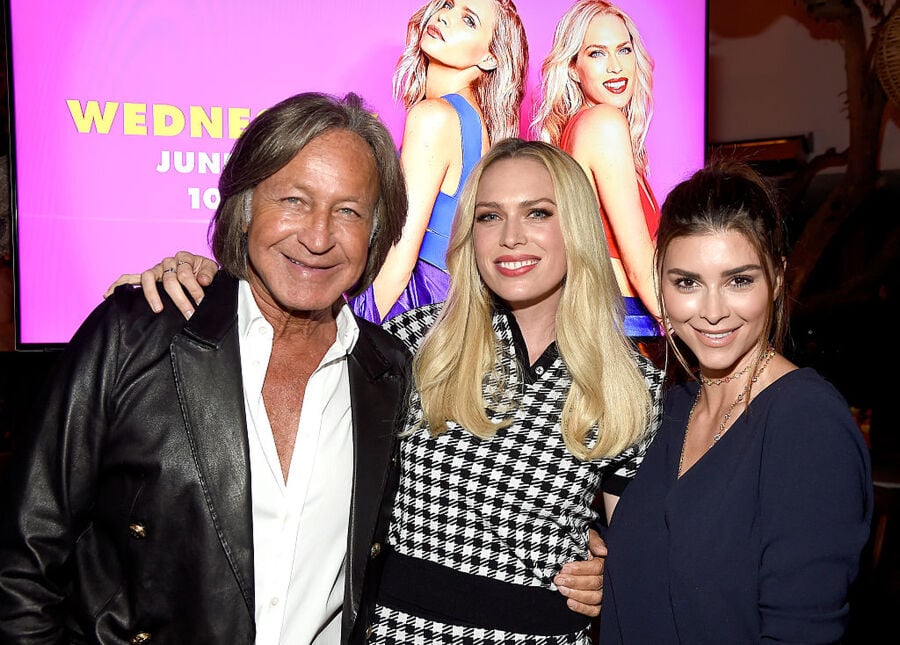 The plans for the house that were submitted to the city have very little resemblance to the structure that was built. Two huge decks that jutted out over the hillside and Hadid's 70-seat IMAX theatre were illegal. Additionally, the house was 31 feet higher than it was supposed to be and 9,000 square feet larger.

The L.A. City Council issued orders to Hadid demanding he discontinue construction. Hadid ignored them. In December, the City Council made the rather unusual decision to pursue criminal charges against him. Hadid is facing three misdemeanor criminal counts over the construction of his home.

The case is scheduled to go to court in July and Hadid is back at work on his house. This time he's demolishing parts of it and subjecting his neighbors to the constant noise of jackhammers and other construction equipment.

The fight between Hadid and his neighbors is not new to the hillsides of Los Angeles. Huge mega-mansions are springing up across the city. They are built as speculative properties and their developers hope to sell to super wealthy Asians, Russians, or Middle Eastern people. Hadid's house was another one of those speculative mansions. He was hoping to fetch $100 million or more for the house. Now it is unclear if the project will ever be completed.

The 67-year-old multi-millionaire started his career restoring old cars. He was born in Nazareth, but spent his childhood growing up all over the Middle East. When he was a teenager, his family moved to Washington, D.C. He has a dubious history in business – nearly 100 lawsuits have been filed against him for everything ranging from fraud, trademark infringement, and substandard construction practices. He has filed for bankruptcy eight times since 1996.

He has gone to battle in the past with Sylvester Stallone, who called him an "unscrupulous, unlicensed predator" after Hadid did some work on Stallone's house. He's also been involved in a lawsuit with Donald Trump.

Hadid has built a number of Ritz Carlton hotels and several mega-mansions – the most notable of which is probably the Los Angeles home where Michael Jackson died.

Mohamed Hadid has a net worth of $200 million.