How A Divorced Single Mom Secretary Invented Liquid Paper, Made A Fortune And Raised A Future Music Star

By Amy Lamare on December 10, 2021 in Articles › Entertainment

It is hard to remember now, but there was a time, not all that long ago when erasing a mistake in a document wasn't as easy as simply backspacing on your keyboard and watching the letters and words disappear. For decades, people relied on typewriters, carbon paper, and handwritten documents to get their point across. It was the dark ages before technology and during this time Liquid Paper was a savior to many.

Consider this – you've just typed up a long and wordy paper for school or proposal for work and you notice a couple of mistakes. Before computers, this was tragic and would require you to completely retype that entire page. But then one day, a frustrated secretary had had enough and invented Liquid Paper.

That woman was Bette Nesmith Graham.

Bette Nesmith Graham was a secretary in Dallas and a single mother raising her son. The day she came up with the idea for Liquid Paper, she used the blender in her kitchen to mix up the first batch. Little did she know then that it would make her a very wealthy woman.

Years later, Bette's son Michael Nesmith would earn fame and fortune on his own as a member of the boy band The Monkees. 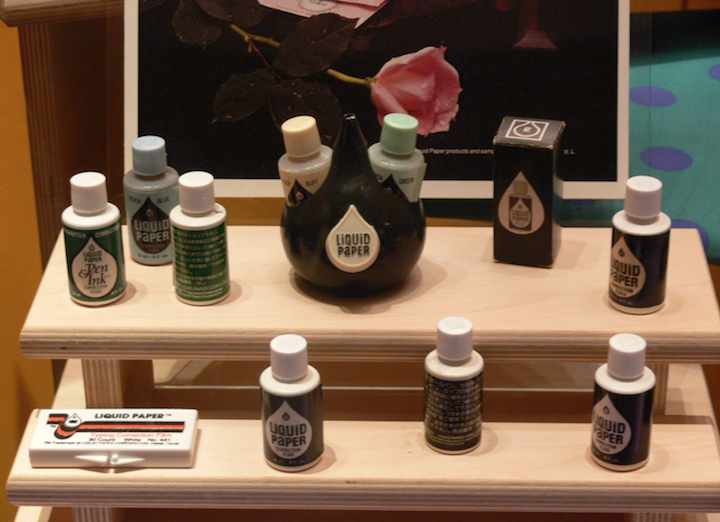 Bette was born in 1924. She never intended to be an inventor or a secretary. She wanted to be an artist. Like so many other people, life derailed that dream for Bette. Just after World War II ended, Bette found herself divorced with a young son to raise and support. So she learned how to type and learned shorthand (a now dead method of rapid writing of abbreviations and symbols, used for taking dictation).

Next, Bette went out and got a job as a secretary for a busy executive at Texas Bank and Trust. It was 1951, she was 27 years old. She was an efficient employee and worked her way up until she was the executive secretary for the chairman of the board.

As secretary to the chairman of the board of a bank, Bette took a lot of dictation and typed up letters for her boss. She wanted to find a better way to fix errors made while typing. Re-typing the whole letter was just too inefficient for her. This is where her desire to become an artist paid off for Bette. To make extra money she used her artistic talent to paint holiday windows at the bank. It occurred to her that whenever she made a mistake on the windows, she just painted over it. With this revelation, Bette set out to apply that same principle to typing errors.

Bette went home and mixed up a test batch in her kitchen's blender. She used a water based paint that matched the stationary in the office and bottled it. She took it and a watercolor paintbrush to the office and used it to correct her typing mistakes. Her boss never noticed the mistakes had been corrected. Other secretaries noticed and asked for some of her correcting fluid. Bette found a bottle at home, wrote Mistake Out on a label and gave it to her co-worker. Before long, all the secretaries in the building were asking for some Mistake Out. Bette began to think she could sell her invention.

In 1956, Bette started the Mistake Out company in her Dallas home. Her kitchen was turned into her laboratory. She improved upon her product. Her son Michael Nesmith (who would later find his own fame and fortune as a member of the band the Monkees) and his friends helped Bette by filling bottles with Mistake Out for her customers. She was swamped with orders but making very little money from her side gig. She worked nights and weekends just to keep up with her orders.

Oone day, Bette made a mistake at work that she couldn't fix with her magic correcting fluid. As a result she was fired. But this turned out to an enormous blessing in disguise.

Once Bette had the time to devote to Mistake Out, which she soon renamed Liquid Paper, business boomed.

Mistake Out was operating at a small loss in the early 1960s. Over the years, it became a truly indispensable tool to secretaries. As her orders grew, she moved production and shipping from her kitchen to 10×26-foot portable metal structure in her backyard, where packaging, shipping, and production were centered.

By 1967, Liquid Paper was generating over $1 million per year in revenue ($8 million in today's dollars). The following year, Bette moved her operations into her own plant. She had 19 employees.

In 1968, Bette sold one million bottles of Liquid Paper.

In 1975, Bette moved Liquid Paper into a 35,000 square foot building in Dallas. Her new facility could make 500 bottles of Liquid Paper in one minute. That year the company generated $1.5 million in PROFITS.

In 1979 Bette Nesmith sold Liquid Paper to Gillette for…

That's the same as around $180 million in today's dollars. At the time, Bette employed 200 people who produced 25 million bottles of Liquid Paper per year.

Bette loved what she did. The money was a bonus. She set up two foundations with the Liquid Paper money to help women find new ways to make a living.

Six months after selling Liquid Paper, Bette died. She was 56 years old. Michael Nesmith, her only son, inherited half of his mother's more than $50 million estate. The other half went to charity and taxes.