The South Park Guys Are About To Make $250 Million, Thanks To A Brilliant Loophole In Their Original Contract

By Amy Lamare on October 31, 2019 in Articles › Entertainment

South Park, the wacky, bizarre, and very loveable animated show premiered on August 13, 1997. It's hard to believe that Cartman, Stan, Kyle, and Kenny have been making us laugh for 22 years. Since August 13, 1997, more than 300 episodes of South Park have been broadcast. South Park was an immediate hit,  consistently earning the highest ratings of any basic cable program. The show's twenty-third season premiered on September 25, 2019.

The brainchild of Matt Stone and Trey Parker, South Park has made the two men very, very wealthy. The two met in college at the University of Colorado, Boulder in a film class in 1992. They had a shared love of Monty Python. They created an animated short called The Spirit of Christmas which used animated construction paper cutouts with stop motion and featured early versions of the South Park main characters. Their friend Brian Graden, an executive at Fox, commissioned Stone and Parker to create a second version of The Spirit of Christmas in 1995 to use as a video Christmas card. Graden sent the video to his friends and from there the VHS tape (remember, this was 1995, YouTube didn't exist yet.) GeoCities was all the rage was copied and forwarded and eventually digitized and uploaded to the nascent internet, making it one of the very first viral videos. Parker and Stone got the idea of developing The Spirit of Christmas into a television show that revolved around four kids living in the fictional town of South Park, Colorado. The rest, as they say, is history. 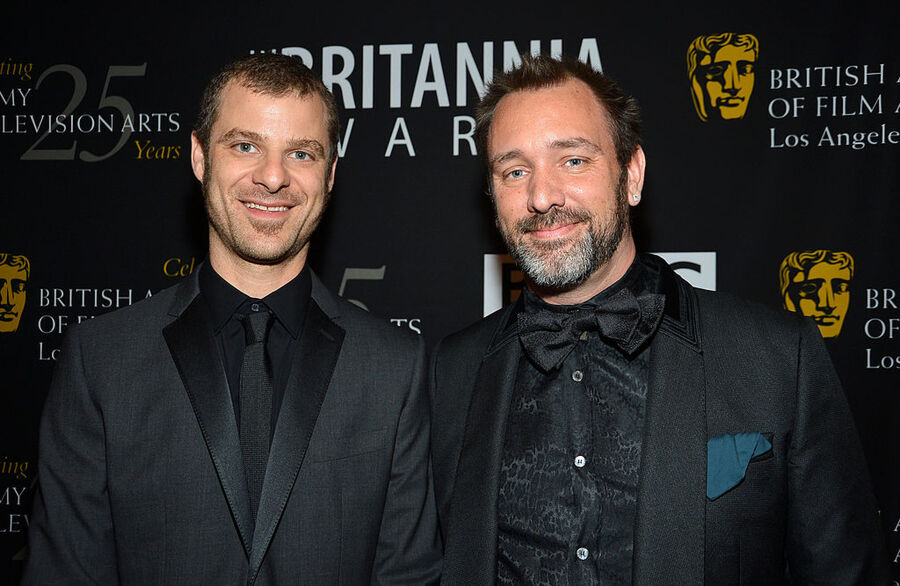 In 2007, Stone and Parker's contract with Comedy Central was up for renewal. Ten years into South Park, it was a cultural icon. The new contract that Stone and Parker signed is still considered unprecedented in Hollywood. The contract allowed them to create a digital hub for everything South Park, including streaming episodes – and streaming wasn't really a thing yet in 2007. The most important part of the contract was that it gave the creators of South Park 50% of all ad revenue generated by the show – whether that is broadcast or digital. As a result of this, Stone and Parker earn between $25-$30 million per year each just from the Comedy Central broadcast of the show. Every time the show is sold into syndication they get 50%-25% each.

If that seems insane to you, you're not alone. But there's a reason this happened. There was a loophole in Stone and Parker's original 1997 Comedy Central contract. Back then, there was no way anyone could have foreseen that digital rights to a show would be so valuable. Well, no one except Matt Stone, Trey Parker, and their attorney, at least. Their lawyer put a clause in the original contract that guaranteed the show's creators a 50% cut of any revenue generated separately from the show's television broadcast. Now, for 20 years, that clause was just sitting and waiting for technology to catch up with it. Then YouTube, Netflix, Hulu, and other video streaming platforms were created.

Viacom, the parent company of Comedy Central panicked and tried to talk their way out of the clause. In the end, Stone and Parker prevailed and get not just a 50% cut of non-broadcast revenue, but they also have the right to distribute the show digitally, as they see fit. When South Park started getting pirated non-stop on YouTube, they put every single episode online for free. The catch? They earn millions from digital ad revenue. Today, Matt Stone has a net worth of $700 million. Trey Parker has a net worth of $600 million. And they are about to get even richer.

They really started to cash in with the debut of streaming services like Hulu. When Hulu paid $192 million for 4 years of rights to the back catalog, Matt and Trey each earned around $50 million. It was the largest streaming deal in history up to that point. In 2019, when the deal was up, they put the franchise on the market for $500 million, which would equate to around $125 million each.