By Amy Lamare on February 4, 2019 in Articles › Entertainment

A Pasadena mansion with a very interesting history recently sold quietly for just over $8 million to the CEO of LegalZoom and his wife. The house was custom built in 2005 by Beverly Hills mansion experts Finton Construction for Greg Stubblefield, one of the top executives at Enterprise. In June 2013, Stubblefield sold the home for $7.8 million CASH to a mysterious entity called LMMF 15003750 LLC. It turned out this LLC was controlled by a Taiwanese woman named Nancy Yih, the owner of a Los Angeles based apparel company in the Fashion District called LA Idol. The company primarily makes jeans and active wear. It turns out, however, that Yih was involved in a far shadier business on the side.

About a year after Yih purchased the pricey house for all cash, federal officials were sniffing around the transaction as part of a deeper investigation into a complicated and secretive money laundering scheme concocted by Mexico's top drug cartels. In 2010, Mexican banking laws had recently changed and put a limit on the dollar amount of U.S. money that could be deposited into Mexican banks, brokerages, and exchange houses. Cartels could no longer have bulk shipments of U.S. cash sent home to Mexico to spend and deposit as they pleased. This meant the drug cartels had to find a way to turn those dollars into pesos and get it back to Mexico.

Two of the biggest cartels, including the Sinaloa cartel infamously run by El Chapo, found a rather ingenious way to launder their money. They approached legitimate businesses – clothing manufacturers in L.A.'s fashion district. These businesses mostly had connections to Asia. Then the cartels funneled hundreds of millions in and out of Mexico over many years. Basically, what Miami was to the Colombian cocaine trade in the 1980s is what Los Angeles has become to the cartels from Mexico.

The cartels sent associates with enormous amounts of cash to the LA companies they'd partnered with. The business owners then used that "dirty" cash to buy clothing and fabric overseas – primarily from Asia. Then those Los Angeles business owners would send the goods to Mexico, where they were sold by the cartel to local importers in pesos.

Nancy Yih was one of the cartels' top money launderers. 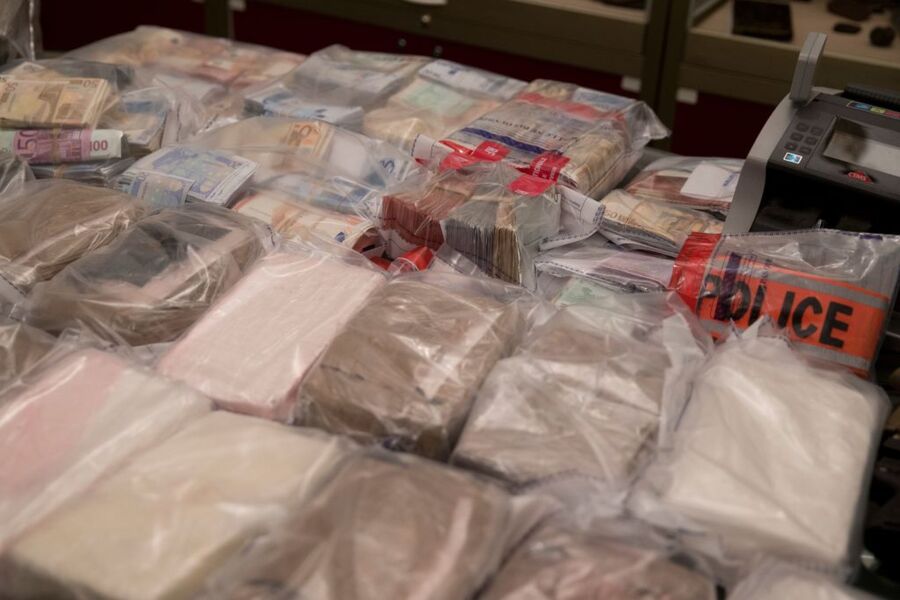 In the fall of 2014, more than 1,000 federal agents raided about 70 garment companies and personal residences after a year long undercover investigation. U.S. agents actually infiltrated the scheme, becoming the messengers for the cartels who delivered the cash to the fashion companies. Nine people were arrested and $90 million was seized, $70 million of that in cash. The agents found $35 million in cardboard boxes in one Los Angeles condo. In a Bel Air mansion another $10 million stored in duffel bags was recovered. Federal officials found that the drug organizations were using businesses in Los Angeles to convert their earnings from drug sales, kidnappings, and other illegal activities into pesos. This effectively turned Los Angeles into a mecca for "trade-based money laundering." The State Department estimates drug traffickers send between $19 billion and $29 billion to Mexico from the United States each year.

Just a few days after the raid in 2014, federal officials posted a seizure notice for Nancy Yih's Pasadena mansion. The case was tied up in the courts for years and during that time the property fell into disrepair from being neglected.

Then, last November, the U.S. Treasury Department put an end to the practice of anonymous cash buyers of real estate. Now, title companies are required to disclose the true identity of all buyers using an LLC to purchase a property in cash for more than $300,000. This is how the U.S. government plans to stop the drug cartels from laundering money in the U.S.

Also in November 2018, the U.S. government took possession of Nancy Yih's Pasadena estate and put it on the market for $8.8 million. It sold one month later for the full asking price. LegalZoom CEO John Suh and his wife Ashley paid cash for the home. They didn't use an LLC, however, they did it under their own names.

Who ended up being the seller of the 8,307 square foot house? The U.S. Government.