The Seven Highest Paid Magicians Of 2018

By Amy Lamare on November 19, 2018 in Articles › Entertainment

David Copperfield is, hands down, the most amazing magician of our lifetime – if not all time. He has walked through the Great Wall of China. He made the Statue of Liberty disappear. He freaking levitated over the Grand Canyon. This magic man pulled off another epic feat this past year – he made $61 million, earning him the top spot on the list of the highest paid magicians in the world once again. He performed 670 shows in 365 days at the MGM Grand in Las Vegas in the 19th year of his long running show. David Copperfield's $1 billion net worth is even more magical.

Copperfield has been making magic since he was 10 years old when his mom took him to Macy's in Herald Square in New York City. The store had a resident magician (times were different 50+ years ago). The magician made a coin disappear and reappear on a small wooden board. Copperfield was hooked.

Penn and Teller come in second with slightly less than half of Copperfield's earning. The duo brought home $30 million for the five shows a week they put on at the Rio in Las Vegas. They also have a magic competition show on the CW called Fool Us.

Both Copperfield and Penn and Teller's earnings dropped slightly this year. After the shooting at the Route 91 Harvest festival on the Las Vegas Strip in October 2017 that left 59 dead, tourism dropped, causing a 6% decline in revenue compared to the previous year. Overall tourism was down 4.2% according to the Las Vegas Convention and Visitors Authority. 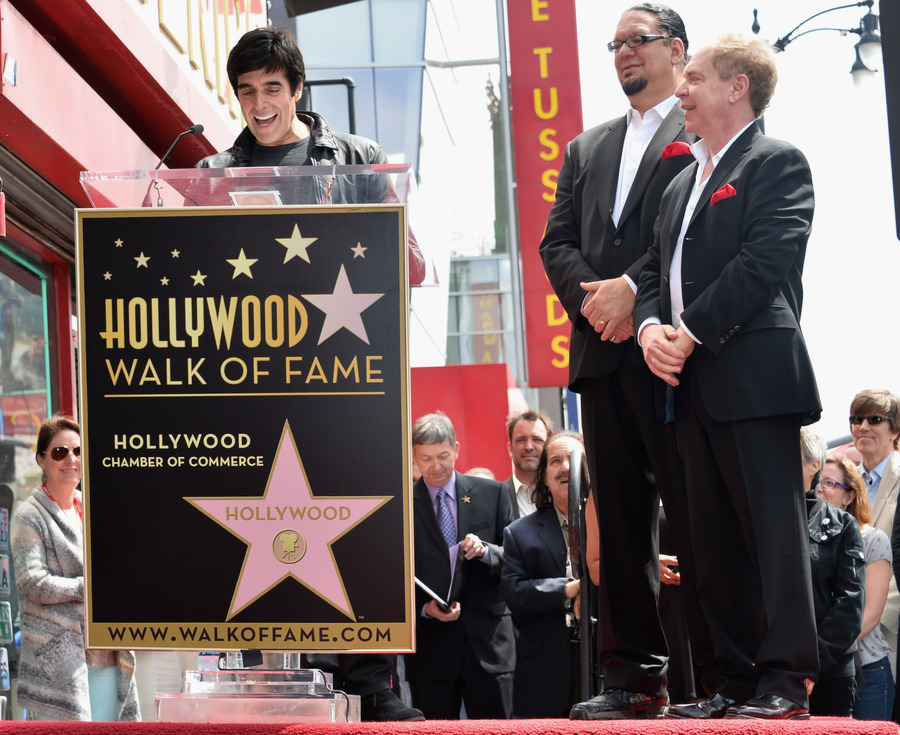 Criss Angel's Mindfreak show at the Luxor also saw a bit of a hit after the massacre. He more than made up the difference with a 31 date tour. Angel wrapped up the year with $16 million, which is $1.5 million higher than last year's earnings. Angel recently ended his 10 year residency at the Luxor. A revamped Mindfreak show is moving to Planet Hollywood in December.

The seven highest paid magic men made $149 million over a 12 month period, before taxes and management fees. This is up $2 million from last year, thanks in large part to David Blaine, who doubled last year's $6 million in earnings with $13.5 million this year. This is due to his more than 50 show tour across North America. That may not seem like a lot of shows compared to Copperfield and Penn and Teller, but consider the type of physical stunt based magic Blaine performs and it amounts to more work. For his trick regurgitating a live frog, he can't even eat. His tour hits the U.K. in the spring of 2019.

Here are the seven highest paid magicians of the year:

The British mentalist performed more than 100 shows, including on Broadway and on London's West End. He has a Netflix special, Sacrifice, which came out in October.

Michael Carbonaro brings in a nice sum from his hidden camera show on truTV, The Carbonaro Effect, but makes most of his earnings from selling out theaters across North America as well as in lucrative corporate gigs.

This touring magical troupe has a rotating cast of magicians, allowing it to put on 350 shows across the world. One of its members, Shin Lim, recently won America's Got Talent.

Considering David Blaine's regular tricks include sewing his mouth shut and holding his breath underwater, one can understand why he plays fewer gigs than most of the highest earning magic acts. He also makes mid-six figures for private shows for people like Peter Thiel and companies including Salesforce and Intel.

Criss Angel's Mindfreak is making a move from Cirque du Soliel at the Luxor to Planet Hollywood in December.

The long running duo entertains audiences at the Rio in Las Vegas five nights a week. They also managed to fit in a U.K. tour. Penn and Teller's popular CW show Fool Us was renewed for its sixth season in October.

The world's only billionaire magician earned his keep with 670 shows at the MGM Grand in Las Vegas. He also brings in extra cash from Musha Cays, his enclave of 11 private Bahamian islands.