The Rolling Stones Will Play Landmark Concert In Cuba

By Beth McDonald on March 7, 2016 in Articles › Entertainment

Legendary rock band The Rolling Stones recently announced they will play a free, open-air concert in Havana, Cuba in late March. The landmark open-air concert will be the first of its kind performed by a British rock band. This announcement comes a week after President Obama announced he would make his own historic visit to the island in mid-March when he will become the second sitting president after Calvin Coolidge to visit Cuba's capital of Havana.

The band announced the surprise concert stop, nicknamed the "Concert for Amity," while on its América Latina Olé Tour, having already played venues in Chile, Argentina, Uruguay, Brazil, and Peru. After the last leg of the tour in Columbia and Mexico, the Stones will jet over to Cuba for the concert on March 25. The Associated Press reports that the Concert for Amity will make The Rolling Stones the biggest musical act to perform in the country since its revolution almost 60 years ago.

In addition to the concert, the Stones are also helping to organize donations of musical instruments and other music equipment for Cuban musicians in need. Donors will include The Gibson Foundation, Vic Firth, R.S. Berkeley, Pearl, Zildjian, BOSS, and others.

"We have performed in many special places during our long career," said the Stones in a public statement. "But this show in Havana is going to be a landmark event for us, and, we hope, for all our friends in Cuba too." The concert, which the group has been planning for months, will include both classic hits and "special gems." 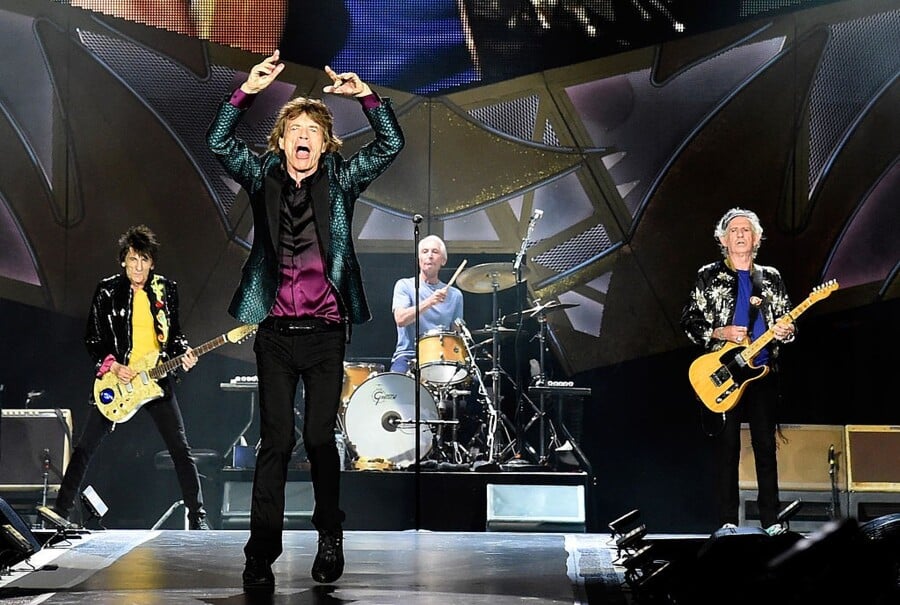 While the president's visit is representative of the warming relations between Cuba and the U.S., the concert itself is indicative of the overall changes occurring in Cuba and its thawing relationship with the outside world. "It's part of a dream to see the greatest icons of music who couldn't come before for various reasons, above all Cuba's isolation," said Cuban music critic Joaquin Borges Triana to the Associated Press. "The Rolling Stones are going to magically unite generations of Cubans, from people in their 60's to their children and grandchildren."

According to NPR, former Cuban leader Fidel Castro frowned on rock music and the then Cuban government sought to stifle its corruptive message by limiting citizen's access. However, in later years, Castro had a change of heart, allowing foreign music and concerts, and even going so far as to erect a bronze statue of John Lennon in 2000.

The event is sponsored by Curaçao-based Fundashon Bon Intenshon, an organization that supports international charitable education, athletic, cultural, and tourism projects. The Rolling Stones are planning to have production company J.A. Digital film the event, with Paul Dugdale directing. Dugdale has previously filmed concerts for One Direction, Adele, and Coldplay, according to the BBC. "It's a great honor to be working with The Rolling Stones again on this hugely exciting and historic event," said a J.A. Digital spokesperson.