There was a time when the Mossimo brand was about as cool as you got. The brand was founded by Mossimo Giannulli, of the Operation Varsity Blues college admissions cheating scandal. He dropped out of the University of Southern California in 1984 after one year. In 1986, armed with $100,000 from his parents, he founded his Mossimo beachwear brand. And for those of you too young to remember, by about 1988, that was all that the cool kids were wearing. His iconic neon beach volleyball shorts and neon printed tees were the uniform for college kids at USC and in California. But the legend of Mossimo, and the man who founded it, is bigger than a brief neon short trend. It is the story of how a college dropout founded a multi-million dollar business, transitioned it into a big box discount brand decades later, and then saw it all fall apart in his and his wife Lori Loughlin's efforts to cheat to get their daughters into USC.

But back to the roots of the Mossimo brand. With that $100,000 his landscape architect father gave him; Giannulli founded his beachwear brand in his apartment on Balboa Island in Orange County in 1986. Mossimo's three paneled, neon colored beach volleyball shorts and t-shirts with the signature M were an immediate hit. Mossimo, the man, positioned his activewear line as a lifestyle. And back in 1986, who didn't want to live in Southern California hanging out on the beach playing beach volleyball? By the time Mossimo had been in business for one year, the brand grossed $1 million. The following year, the company made $4 million. He started growing his product line beyond beach volleyball shorts and into sweaters, knit shirts, and sweatshirts. He also expanded from just selling in surf shops to offering Mossimo in larger stores. 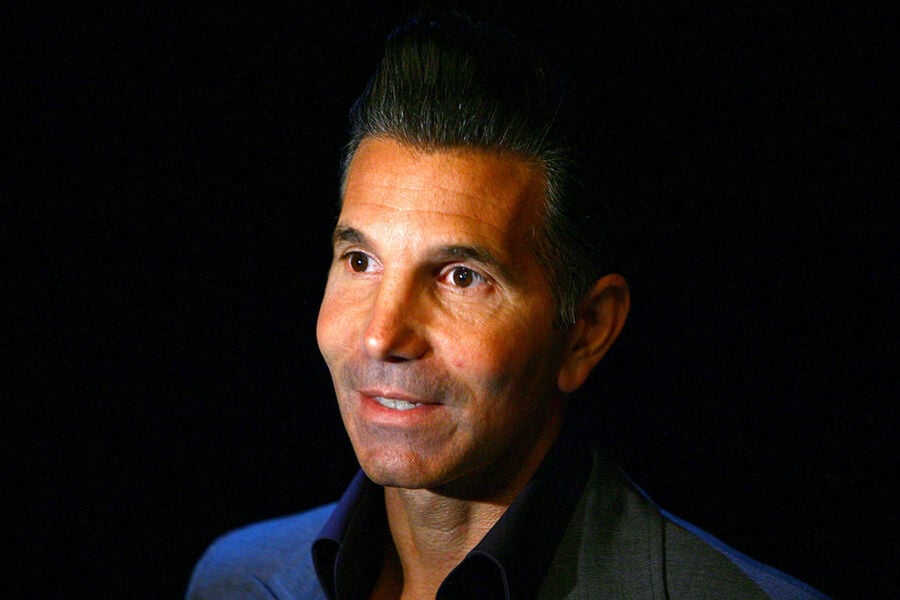 Let's take a moment to discuss that $100,000 from his dad. Reports have surfaced that Giannulli faked report cards to get tuition money from his parents and that is where the $100,000 came from. It should be noted that back in the mid-1980s, USC's tuition was somewhere around $20,000 per year. USC confirmed to CNN that Mossimo Giannulli was enrolled for the spring semester of 1984, but not as a full time student.

By 1992, just six years in, Mossimo had 52 employees and $32 million in sales. Now remember, in 1992 the U.S. was in the midst of a recession that slowed most retail sales down drastically. Still, Mossimo thrived. In 1996, he had 300 employees and the company went public. On the day of its IPO, Mossimo stock surged to 39% over its initial offering price and ended the first day of trading as the second most active IPO on the New York Stock Exchange. Mossimo Giannulli was 32 years old and the youngest chairman of a publicly traded company. He owned 73% of the company's stock, giving him a net worth of $275 million. Remember, he founded the Mossimo brand just 10 years before it went public. At its peak, Mossimo traded for $50 per share on the New York Stock Exchange.

However, in 1998, just two years after its IPO, shares were trading at $4.75 and Mossimo had lost $18.7 million over the past year. Giannulli was a master at building his brand quickly, but at this point in time, more than a decade in, that same strategy was backfiring. He was trying to move his brand from a beachwear company to a top end designer and his customers were just not feeling it. His fans wanted beachwear not expensive jeans and sweaters. The transition left his customers confused.

In the spring of 2000, Giannulli and Mossimo Inc. closed a deal with Target for $27.8 million. Giannulli would get $8.5 million in royalties during the first year of the three year agreement. The agreement worked for both parties. It gave Mossimo a reprieve from years of losing money and customers. It gave Target a chance to be associated with a brand that was considered hip for the first time.

In 2006, Mossimo was acquired by Iconix Brand Group – the holding company that owns Joe Boxer, Candie's shoes, and Badgley Mischka's womenswear. The deal was valued at $135 million in cash and stock.

At that point, Mossimo Giannulli could have retired and settled in to family life with his wife and two young daughters. And perhaps that's what he did – we sure didn't hear much from him or his wife Lori Loughlin (well unless you watch the Hallmark Channel at least)…until Operation Varsity Blues surfaced. Now we all know that Mossimo and Lori paid $500,000 to get their daughters Isabella and Olivia into the University of Southern California, and the couple faces jail time for their involvement in the college admissions cheating scandal.

On Monday, April 15, 2019, Giannulli and Loughlin pleaded not guilty to the charges of mail fraud and money laundering conspiracy. He and Lori faced up to 20 years in prison for each charge.