Once upon a time, Jeffery Skilling was on top of the world. But then he was facing more than a decade in prison for fraud, insider trading and conspiracy in relation to the massive Enron scandal. That scandal was so notorious and wide-reaching that the name Enron is still invoked in discussions about energy policy and brings fear into the heart of California politicians. To remind you, Enron was found guilty of manipulating California's electricity market, creating a crisis in the early 2000s that sent the price of power surging to record levels, sent hundreds of thousands of homes into darkness, and contributed greatly to the downfall of a governor. Utility customer's in California are still paying for the cost of the Enron crisis in their power bills. Jeffrey Skilling, 65, was the architect of the Enron scandal. He was recently released from federal prison after serving more than 12 years.

Skilling wasn't just the engine of Enron's demise: He was also one of the people who helped it become an energy trading powerhouse during the 1990s. Skilling and other executives put together obscure financial documents that essentially became time bombs and led to Enron's bankruptcy. The collapse cost shareholders billions. It also left thousands out of work.

Jeffrey Skilling was born in 1953 in Pittsburgh. He grew up in New Jersey and Aurora, Illinois. He graduated from West Aurora High School and received a full scholarship to Southern Methodist University. He initially studied engineering before changing his major to business. After graduation from SMU, Skilling worked for a bank in Houston. The bank sent him to Harvard to get his MBA where he graduated in the top 5% of his class then went to work at McKinsey & Company in the energy and chemical consulting division. He became one of the youngest partners in the history of McKinsey. 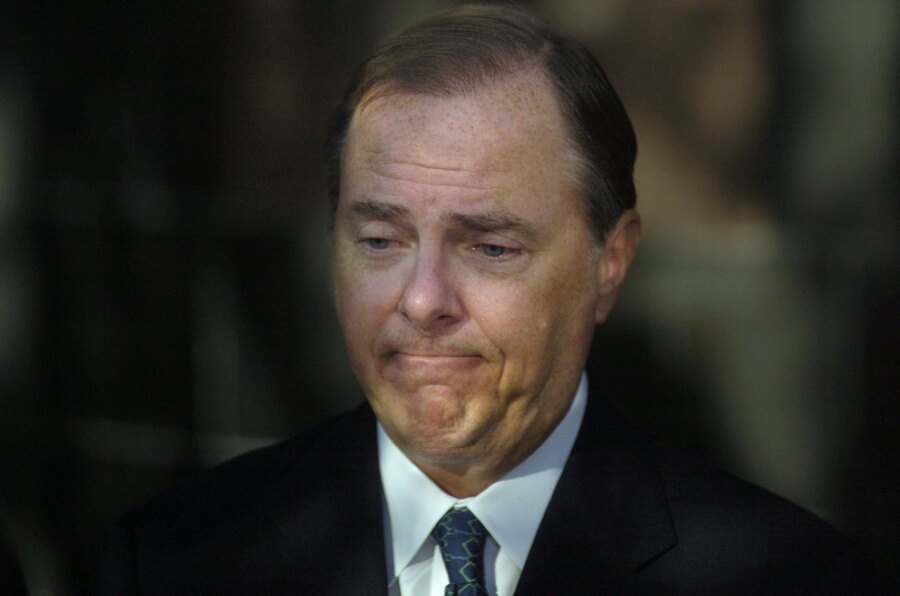 While at McKinsey, Skilling worked with Enron in 1987, helping the company create a forward market in natural gas. He impressed Kenneth Lay and in 1990 was hired as chairman and chief executive of Enron Finance Corp. In 1991 he became the chairman of Enron Gas Services Co. He was also named the CEO and managing director of Enron Capital and Trade Resources, which was the subsidiary responsible for energy trading and marketing. He was promoted to president and COO of Enron in 1997 and remained the manager of Enron Capital and Trade Resources.

Skilling came up with the idea that by promoting the company's aggressive investment strategy, the company didn't really need any "assets." This plan helped make Enron the largest wholesaler of gas and electricity, with $27 billion traded in a quarter.  On August 23, 2000 Enron shares closed at an all time high of $90 with a market value of $68 billion. On February 12, 2001, Skilling was named CEO of Enron, receiving $132 million salary and compensation during a single year.

In August 2001, Skilling resigned as CEO of Enron. He said his decision had nothing to do with Enron. A month later he sold about $60 million worth of his shares in the company. In December 2001, Enron filed for bankruptcy protection listing assets of $49.8 billion and debts of $13 billion.

On February 19, 2004, Jeffrey Skilling was indicted on 35 counts of fraud, conspiracy, insider-trading, and other crimes related to the Enron scandal. The SEC sued him for $90 million for fraud and insider trading. He pled not guilty to all charges and surrendered to the FBI.

The trial began on January 30, 2006 and Skilling became known for his harsh attitude and arrogance, even losing his temper on the witness stand at the trial. In October 2006, Skilling was sentenced to 24 years in prison and fined $45 million for million for multiple counts of securities fraud. In 2013, his sentence was reduced to 14 years. He was released from federal custody in February 2019 after serving 12 years in prison.

Skilling reportedly spent $70 million defending himself in dozens of costly lawsuits and appeals. A large portion of that money, nearly $23 million, was simply used as a retainer for his team of defense lawyers. In May 2013, Skilling agreed to finally pay the $45 million in restitution he owed to victims. Today, Jeffrey Skilling has a net worth of $500,000.