By Amy Lamare on November 10, 2020 in Articles › Entertainment

It wasn't all that long ago that we were singing the praises of self-made billionaire and Alex and Ani founder Carolyn Rafaelian. She was in her late 20s when she founded the company named after her two young daughters while working for her father's failing costume jewelry company. Alex and Ani grew over the years. One of her bestsellers was a pair of seamless hoop earrings made from one piece of wire that could hold the weight of beads. One day in the early 2000s, she realized that same design could make a bracelet. She went straight to the factory to try it. In 2004, Rafaelian patented the Alex and Ani 14-gauge expandable wire bangle. It is one of roughly 30 patents the company has and the one she has to defend in court the most often. Eventually, she amassed a net worth of $1 billion.

Now, Rafaelian is worth $100 million after a number of very bad years for her jewelry brand. Her credit line was cut off by her lender. Sales have fallen drastically. Lawsuits against her and Alex and Ani have been filed. She was forced to hand over one-third of her stake in Alex and Ani. She was asked to step down as CEO. She was fired as the designer for her own company. Rafaelian has started a new company called Metal Alchemist. 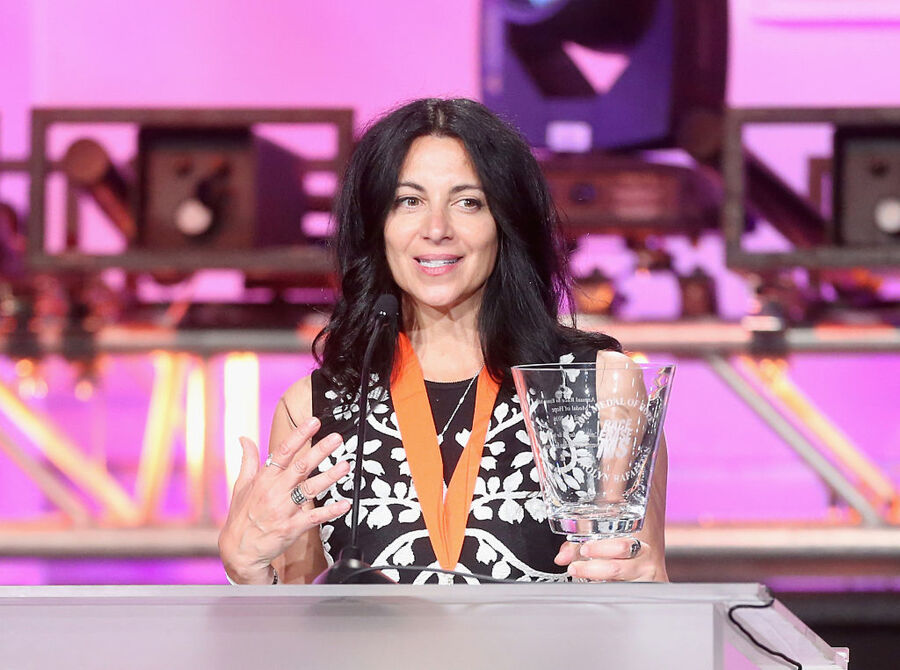 The trouble really hit a fever pitch during the summer of 2019, when Alex and Ani filed a gender discrimination lawsuit for $1.1 billion against Bank of America. Alex and Ani claimed that BofA treated it differently because it was led by women. The lawsuit cited how the bank cut off its line of credit in late 2018 after a woman was named CEO. The company claimed sales declined by $80 million because it couldn't afford to pay vendors, which caused delays in product launches. The lawsuit was dropped less than a month later. Alex and Ani voluntarily withdrew the suit. Lion Capital, the London-based firm that owned 40% of Alex and Ani at the time, stepped in and negotiated with the bank. BofA claimed Rafaelian's company was in default on a $100 million line of credit.

This led to Rafaelian giving up 20% of the company. This brought her stake to 41% and upped Lion's to 59%. Rafaelian stepped down as CEO in the fall of 2019 and was named chief creative officer. However, by early May 2020, she had been fired from that role. As part of her deal to give up shares in her company, Rafaelian claims Lion agreed to fund two new ventures by her up to $1 million. In June, Rafaelian filed suit against Lion Capital claiming it never followed through on that promise. Lion Capital is seeking to have that suit dismissed.

Even without all the shakeup in the executive office, Alex and Ani in all likelihood would find themselves in trouble still. The signature bangles have fallen out of fashion with sales declining 60% over the past year. And, of course, the pandemic doesn't help. People aren't buying jewelry while working from home.

Rafaelian launched Alex and Ani in 2004. It opened its first retail store in Rhode Island in 2009. The company really took off when Rafaelian hired Giovanni Feroce in 2010. That's when deals with department stores and licensing agreements with Disney, the NFL, and other prominent brands brought new attention to Alex and Ani. When Feroce joined Alex and Ani, sales were $5 million. Three years later, sales were $230 million. Then Rafaelian fired Feroce in 2014. A majority of the people he hired left the company when he did. Over the next three years, Alex and Ani had three CEOs. Since that time, the company has floundered amid more executive shakeups, the ousting of Rafaelian from the company, and the pandemic.

Throughout the last couple of years, Carolyn Rafaelian has lost her company and $900 million.