The Richest Human Beings Of All Time – #23: Marshall Field

By Paula Wilson on April 3, 2015 in Articles › Entertainment

When you adjust for inflation, Marshall Field is the 23rd richest human being that has ever lived with a net worth of $66 billion. If you're from the Chicago area, chances are, you've heard of Marshall Field. He's one of the city's most famous residents, and his philanthropy underwrote some of the most enduring institutions in the Windy City. Unlike many billionaires, however, Marshall Field was a reportedly low-key gentleman entrepreneur. He pioneered many of the retail and merchandising practices that we now take for granted, and amassed a massive fortune by making shopping more convenient than ever. Here's how a former dry goods clerk became a major forefather of the modern day department store.

Marshall Field was born on August 18, 1834 in Conway, Massachusetts. After growing up on the family farm, he relocated to Pittsfield, Massachusetts. He was in his late teens, and he wanted to launch a career of his own. He got his first major job in a dry goods store, working as an errand boy. His job there gave him his first taste of sales, and it quickly became clear that he had a knack for it. After three years in Pittsfield, the lure of developing commerce pulled him West. He followed his brother and relocated again–to Chicago, Illinois. Again, he found work at a dry goods store, with a job offer from Cooley, Wadsworth & Co. Cooley, Wadsworth & Co., was the most popular and successful department store in Chicago at the time. It was later renamed Cooley, Farwell & Co., and remained the #1 department store until the Great Chicago Fire in 1871. 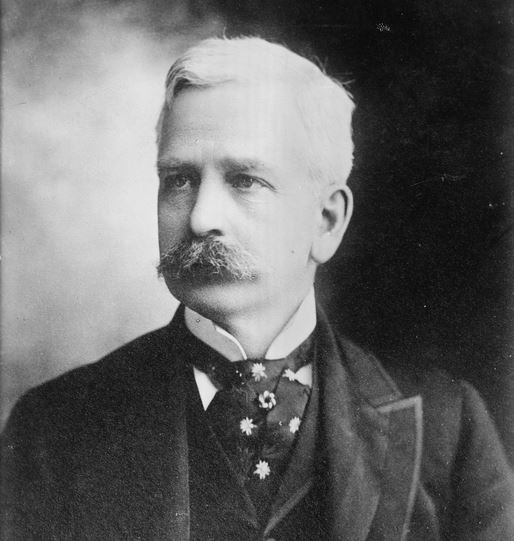 After five years, Marshall Field became a partner at Cooley, Farwell & Co., and the company was renamed, Farwell, Field & Co. Then he, and another partner within the company, Levi Leiter, received an offer to become senior partners at another dry goods store. They accepted the offer and bought in to the partnership. Their new store was now called, Field, Palmer, Leiter & Co. Field and Leiter subsequently bought out Palmer, and after successfully surviving the Great Chicago Fire and the Panic of 1873, Field subsequently forced Leiter out of the company, and renamed it, Marshall Field and Company. At age 47, he was now the sole owner of Chicago's most popular department store. With total control of his business, he set out to completely redefine the department store shopping experience.

In a country that was rapidly expanding, and still recovering from war, shopping was often a difficult experience. Cheating, swindling, and other unsavory business practices were the norm, not the exception, and shopping was rarely viewed, or approached, as a pleasant activity. Field wanted to change that. He made the shopping experience as comfortable as possible. His employees were instructed to leave the customers alone unless they had questions. They were not allowed to try to sell items to any unsuspecting person who wandered by. Pricing was kept consistent, so that shoppers could plan for items that they wanted to purchase in the future. His store offered unconditional refunds and had a generous credit policy. He also opened the first department store restaurant. Marshal Field and Company quickly became the most powerful business in the city. While his retail store was hugely successful, it was his wholesale business that resulted in the majority of his wealth. At its peak, his wholesale arm was doing five times the business of his department store each year. It even had its own building, aptly named, Marshall Field's Wholesale Store.

Even though he was the most powerful businessman in the city, he refused to become involved in politics or disputes among his fellow merchants–with the exception of unions. He was staunchly against them, and was the lone holdout against granting clemency to those involved in the Haymarket Riot. Though everyone, from his fellow businessmen, to bankers, to local politicians felt that granting clemency would smooth the waters of negotiation, Field refused to budge. As the most powerful businessman in the city, other decision-makers were afraid to oppose him. The eight anarchists suspected of building the bomb that sparked the Haymarket Riot, were either hanged, committed suicide while in jail, or spent the rest of their lives in prison. Ironically, his opposition to granting clemency, made the Haymarket Riot into a labor law touchstone. It ultimately became one of the most important events in the development and implementation of modern day labor laws.

For the most part, Field focused on purely philanthropic activities. He donated money to a range of local institutions and initiatives. He co-founded the University of Chicago with John D. Rockefeller. He endowed what became known as the Field Museum of Natural History in 1894. He gave the museum $1 million (approx. $25 million in 2015), and a year after his death in 1906, the museum received an additional $8 million (approx. $190 million in 2015).  Interestingly, after he passed away, his retail store finally passed his wholesale goods store in annual revenue. His family took his fortune and shifted their focus to publishing and entertainment. His grandson, Marshall Field III, founded the "Chicago Sun," and one of his great-grandsons, Frederick Field, is the founder of Interscope Communications and the co-founder of Interscope Records.

You have to wonder whether he ever thought about how much his retail business would influence department stores that came after him. He is credited with the catchphrases, "Give the lady what she wants!" and "The customer is always right!" We take refunds, in-store restaurants, and credit for granted now. Those ideas are so ingrained in our shopping experience, that it is jarring when they are not available to us. It's hard to believe that they were not part of shopping until Marshall Field rewrote the department store rulebook. He definitely did something right. He made $66 billion by giving the customer exactly what they wanted.