The Richest Human Beings Of All Time – #22: Stephen van Rensselaer – Who Was He And How'd He Earn His Fortune?

By Paula Wilson on April 10, 2015 in Articles › Entertainment

When you adjust for inflation, Stephen van Rensselaer is the 22nd richest human being that ever lived. When the United States was still forming, the Europeans who settled here, ran here, or were shipped here, often found their fortunes in one of two ways. They either earned it–through savvy trade, thievery, luck, or some combination of the three. Or they were born into it. In the case of Stephen van Rensselaer, the former combined with the latter to make for a net worth of $68 billion. One of the first large-scale landlords in U.S. history, and an active politician, van Rensselaer took a single family estate and grew it into a property empire. Here's the story of how one man took a family investment and put his family on the financial map for all time. 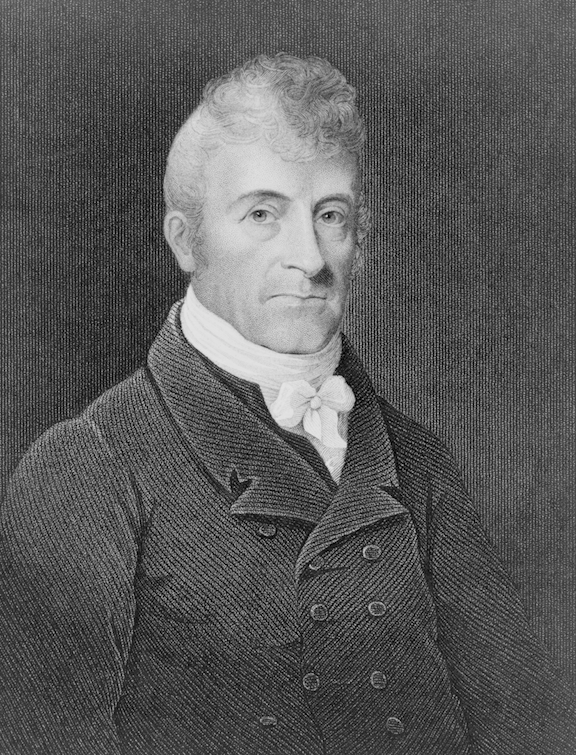 Photo via G. Parker, from a miniature by C. Fraser/Wikimedia Creative Commons

He went on to attend Princeton College, but the school's proximity to many of the Revolutionary War's battles caused his family to move him to Harvard College. He graduated from Harvard and quickly married a high-born lady, Margarita Schuyler. Margarita was the daughter of Philip Schuyler, a highly decorated general. Unfortunately, Margarita passed away after just a year of marriage. He remarried Cornelia Paterson, and set out to make his fortune. On his 21st birthday, he came into his inheritance. To that point, the Rensselaer family fortune had been managed by his uncle, Abraham Ten Broeck, since his father had passed away while van Rensselaer was very young. With all family financial responsibilities resting with him, the young van Rensselaer knew that he needed to secure his family's fortunes in a country that was in a great deal of flux at the time.

The only thing he had total control over, were the 1,200 square miles of land that made up an area called The Manor of Rensselaerswyck. As we mentioned in the second paragraph, Rensselaerswyck was originally deeded to Stephen's grandfather Kiliaen in 1630 by the Dutch East India company. The land holdings were vast. Stephen essentially owned all of modern-day Albany and (not surprisingly) Rensselaer counties.

The land had been in the family for generations, so he knew he did not want to sell it. He came up with the next best idea. He began leasing the land. However, unlike most landlords of the time, he did not require all of the money upfront. Instead, he issued perpetual leases at more affordable rates. While other landlords scoffed at his decision to ask for less money for his land, he was essentially paying it forward. Since the people who leased land from him weren't forced to pour all of their available funds in to securing the land, they were able to redirect their money towards building stable businesses or productive small farms. As the area grew more fiscally viable, renting land there became more attractive, which attracted more tenants, and so on. He gained a reputation for being fair and understanding with regards to rental agreements, and went on to have over 3,000 tenants – all paying rent on land that he owned outright.

He was also involved in politics, but his political career seemed to largely be a by-product of his status as a wealthy landowner. He was known for going against the status quo, such as voting for extending suffrage, and he had a brief, but very ugly military career. He was made a major in 1786 and was promoted to major-general in 1801. He'd never seen battle personally, and had zero military training, but as a person of high class standing, he was awarded high military standing, as well. This proved to be a major misstep. He served in the New York State Assembly, and was Lieutenant Governor under John Jay from 1795 to 1801. He decided to run for Governor of New York, just as the War of 1812 began. As a major-general he found himself faced with two equally ugly choices. He could refuse to join the war  in order to stay and continue his political campaign, or he could join the war, thereby having to largely abandon his political campaign. Both choices equalled a major loss of votes, a situation that his opponent, Daniel D. Tompkins, took as much advantage of as he could. Ultimately, van Rensselaer chose to fight. He was thoroughly trounced at the subsequent Battle of Queenston Heights, and the group of troops that actually followed his orders (most refused), were all but slaughtered by the British. He lost the battle and the election. However, he later went on to serve in the House of Representatives for nine years.

As he grew older, he focused on managing his land and on various educational initiatives. He served as the Regent of the University of the State of New York for 20 years. Most lastingly, in 1824, he co-founded what is now called, Rensselaer Polytechnic Institute. He passed away in 1839, at the age of 74. In 1839, living to be 74 was quite a feat. Over the course of his life, he'd created one of the large rental communities in the United States to that time, enjoyed a moderately successful political career, and had established what would become one of America's more respected colleges. All while amassing a net worth of $68 billion. Though Stephen van Rensselaer was born with a silver spoon in his mouth, one gets the feeling that it was his own business acumen that changed that spoon from silver to gold.