The Richest Human Beings Of All Time – #22: Carlos Slim Helu

By Paula Wilson on May 8, 2015 in Articles › Entertainment

When you adjust for inflation, Carlos Slim Helu is the 22nd richest person who has ever lived. With a current net worth of $71.7 billion, Carlos Slim Helu is the second richest person in the world today. In fact, from 2010 to 2013, he actually was the richest person in the world, knocking out Bill Gates for the first time in a decade. So where did the man known as the "Warren Buffett of Mexico" come from, and how did he earn such a massive fortune? His wealth seems to have come from a combination of business savvy, intuition, luck, and the solid investment instruction he received from his successful father. Not only has he amassed an incredible fortune, but his network of businesses continues to show growth and increased value. It's pretty clear that Carlos Slim Helu's massive wealth is here to stay. Here's how a boy from Mexico laid the foundation for a major business empire.

Carlos Slim Helu was born in Mexico City, Mexico on January 28, 1940. His father moved from Lebanon to Mexico in the early 1900s, and his mother was from a Lebanese family already living in Mexico. His parents are credited with establishing one of the first magazines in Arabic published in Mexico. They also launched a dry good store, which went on to become quite profitable. From there, Helu's father, Julien Slim Haddad, began investing in real estate. Eleven years after launching their dry goods store, Haddad was a millionaire. In fact, Carlos Slim Helu attributes much of his business acumen to what he learned from his father. His father was considered a major trendsetter with regards to discount store operations, and he built a sizable business empire in Mexico. His continued success made him quite powerful in Mexico City, and he was instrumental in investing in local businesses whenever the economy dipped, thereby keeping the city alive. 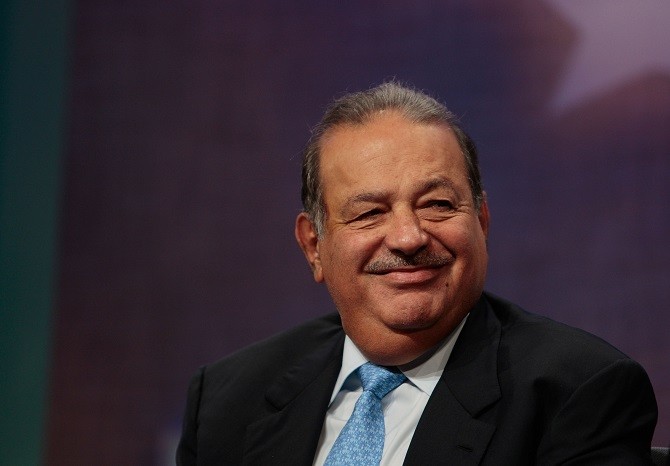 Born to a family that was established, successful, respected, and wealthy, Slim Helu grew up learning about the best ways to organize and operate a business. He and his siblings were each given a savings book and a weekly allowance. They were required to track their expenditures and savings, and to show their father each week. Slim Helu showed entrepreneurial promise from a young age. He began investing when he was 11, bought his first share at age 12, and was a shareholder in Mexico's largest bank by age 15. Before he finished high school, he was earning a solid wage working for his father's company.

He went on to attend the National Autonomous University of Mexico, where he majored in Civil Engineering. While attending the school, he also taught classes at the university, serving as a Professor of Algebra and Linear Programming. After graduating in the early 60s, he chose to shift his focus away from engineering to a career in the stock market. He became a trader and quickly established himself as a young businessman to watch. Within four years, he had become the owner of his own firm, Inversora Bursatil. Throughout the 60s, he continued to invest wisely, earning a net worth of $40 million US by the mid 60s (approx. $300 million today). He then founded Inmobiliaria Carso, and began to branch out into multiple industries. He launched business arms devoted to construction, real estate, bottling, mining, auto parts, aluminum, hotels, retail, mineral combustion, cement, paper products, cable manufacturing, and tobacco, among many, many others. He began to buy up both small and mid-size companies in Mexico, creating an ever expanding business empire. 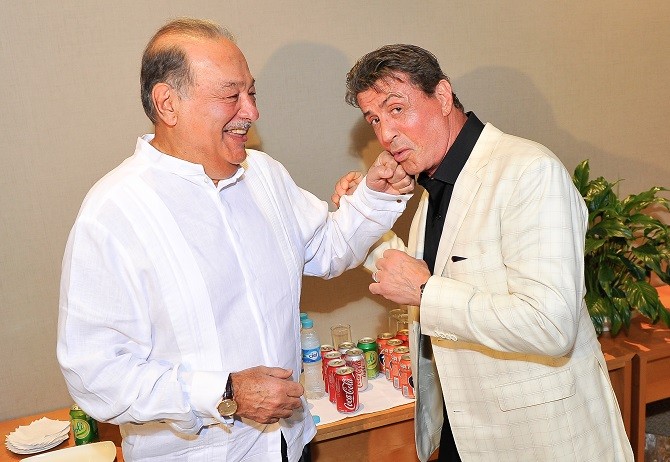 When Mexico's economy took a severe downturn in the early 80s, he weathered the storm better than most. His holdings and businesses were so diversified, that he was able to remain afloat even when certain industries went under. He also chose to live a relatively frugal lifestyle, in spite of his vast wealth, and consequently, remained largely unfazed by losses that proved catastrophic to other members of the Mexican elite. At the same time, because of his ability to plan for a rainy day, he was able to invest heavily, and buy up struggling businesses at a point when companies were at their most desperate. His widespread investment and purchase of shares resulted in the launch of Grupo Carso, a major conglomerate that became a massive power in the Mexican business world.

Buoyed by the number of successful investments and purchases he made throughout the 80s, Slim Helu was able to take Grupo Carso public in 1990. Since then, his holdings, wealth, and power, have grown exponentially. By the early 90s, he owned much of Mexico's telecom industry. Throughout the 90s, he also bought majority stakes in major hotels and in a number of US companies, such as Sears Roebuck, Barnes & Noble, Circuit City, Borders, and Office Depot. In the mid-2000s, he began selling off portions of his shares, including making a $1.1 billion deal for part of his stake in Cigatam tobacco company with Philip Morris. As CompUSA, went under in the US, he took his share of the company and launched Telvista, a pared down variant of the store, which has continued to operate in parts of Texas, Virginia, and across Mexico.

For the last several years, he's been investing abroad. He currently owns 16.8% of the New York Times Company. He invested $60 million in Mobli, an Israeli-based social media platform. He controls or owns large portions of oil companies in Colombia, the US, Mexico, and Argentina, and holds majority stakes in telecommunications in Austria. He also has major real estate holdings in Spain, and is the second largest shareholder in Spain's Realia, a major real estate company. In addition, he has a minority stake in the construction company that is the largest shareholder of Realia. So, it's basically a win-win situation for him. Just this past month, he launched his own oil company – Carso Oil & Gas. The corporation was formed from a combination of three energy companies that operated under Grupo Carso.

While all of his companies seem to be functioning in the black, the majority of his wealth comes from America Movil, his telecommunications company. America Movil has held the top spot for cellular service in Mexico for five years, and continues to grow. He currently controls 90% of all telephone lines in Mexico and 80% of all cellphones. He owns 62% of the company, and recently bought out AT&T to the tune of $5.6 billion in order to make sure that he remains on top.

Carlos Slim Helu learned business from a father who knew how to make a successful future. He showed real promise from the beginning. Over the years, it has appeared as though his instincts are nearly fail-proof. From a business standpoint, as his wealth has grown, he's seemed to get more savvy, more wily, and more successful. Carlos Slim Helu is like the business equivalent of wine. Some things get better with age and time.