By Amy Lamare on August 19, 2021 in Articles › Entertainment

Obviously, the situation in Afghanistan is dire. The return of the Taliban as the ruling party likely signals the return to barbaric restrictions on the freedoms of its citizens, especially women. Under Sharia law, the people of Afghanistan are not allowed to watch television or movies, women are not allowed to get an education or even leave their homes without a male chaperone. Women are also required to completely cover themselves from head to toe so that no part of their face or body is visible or identifiable.

Tens of thousands of Afghan citizens have fled the country in the days since the Taliban took control of Kabul. One of those people was Ashraf Ghani, who was president of Afghanistan from September 2014 to August 15, 2021, when the Taliban rolled into town and took control.

Ghani fled the country in advance of the Taliban capturing Kabul. Media sources reported he ended up in one of the neighboring countries of Tajikistan or Uzbekistan, however, that was never confirmed. Later it was revealed that Ghani sought asylum in the United Arab Emirates. He reportedly fled via helicopter. And if the reports are true, Ghani had some extremely heavy suitcases… 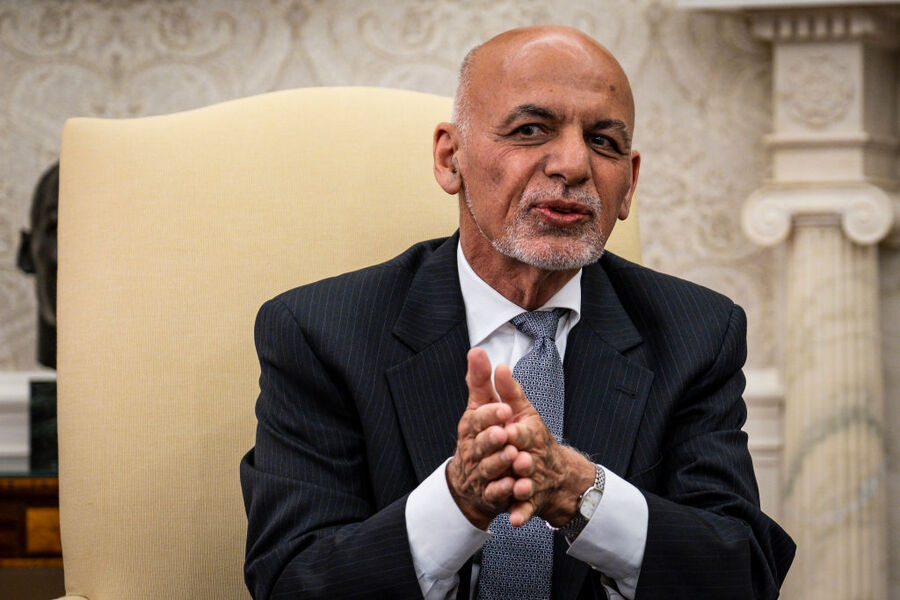 When a country experiences a violent overthrow of a regime, as Afghanistan did this week, people flee with the clothes on their backs. Not Ghani though. He managed to get out of the country with considerably more.

As was first reported by the Associated Press, Ghani left Afghanistan with $169 million in CASH.

In addition to the cash he carried on the helicopter, Ghani reportedly also had four cars filled with cash. For some perspective, if that $169 million was in $100 bills, it would weigh more than 3,700 pounds. Now, we don't know what kind of helicopter he fled in, but, one thing is all but certain, Ghani was prepared to leave. Not only does it take more than a minute to compile $169 million in cash, but moving it into four cars and onto the helicopter or into a container the helicopter can carry suspended from its belly takes some serious time.

1. Did Ghani have significant advance warning?

In terms of question one, Ghani certainly was aware that the Taliban was advancing across his country and reclaiming control city by city on their way to the capital city of Kabul. So he had some advance time to make a decision.

Ghani explained his decision to flee in a post on social media. He said he chose to flee to avoid bloodshed. Basically, he wasn't going to even attempt to fight off the Taliban, which President Biden echoed in his press conference when he said American forces were not going to help the Afghan Army when they refused to fight for themselves.

By fleeing to the UAE, Ghani left the citizens of his country without leadership at the moment when they needed it the most. On Monday, August 16, Zahir Aghbar, Afghanistan's ambassador to Tajikistan, called Ghani's decision to flee "disgraceful."

In a press conference on Wednesday, August 18, Aghbar accused Ghani of stealing the $169 billion from Afghanistan's coffers and begged with Interpol to arrest him. Those are some hefty charges, but Ghani denied them and, in fact, formally refuted the allegations that he stole from Afghanistan's state funds in a video he shared on his Facebook page on Wednesday. He also doubled down on his claim that if he had remained in Kabul, there would have been considerably more bloodshed. He claims he left his country on the advice of officials in his government.