The Net Worths Of All 24 Democratic Candidates For President

By Amy Lamare on July 6, 2019 in Articles › Entertainment

If it feels like a lot of Democrats have thrown their proverbial hats into the ring – the race for the presidency – that's because they have. Are you a democrat free of felonies? You might as well run too – that's how crazy it is that some of these candidates are even wasting the time and money on their campaigns. The mayor of Miramar, Florida? Really? There are like 100,000 people there. Same with South Bend, but Pete Buttigieg has a platform. He has no chance, but at least we have our first married gay man in the race, right?

Contrary to popular belief, you don't have to have a lot of money to run for president. In fact, some of these candidates actually have a negative net worth. What? Seriously though, the real game to play or bet to make is who will drop out of the race first.

Some of the figures below are estimates as only the 17 Democrats who have recently been in Congress or run for federal office have filed personal financial disclosure forms. Those forms, however, are only required to report a range of figures, not exact amounts.

The net worth of the 24 candidates range from Eric Swalwell's negative net worth (due to student loan debt, of course), to Representative John Delaney's $232 million. Here's everything we know right now about the net worth and finances of all 24 2020 Democratic presidential candidates. 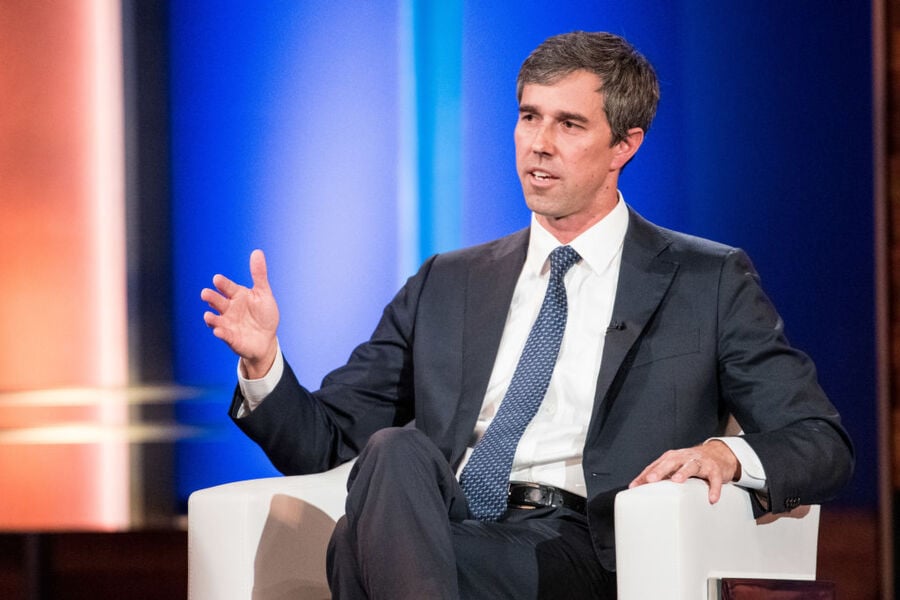 Why: Michael Bennet made his money working as an executive at the Anschutz Company. Anschutz is a private holding company with stakes in mass media, entertainment sports, telecommunications, energy, and transportation.

Why: When Joe Biden left the White House, he had a negative net worth in part due to the medical bills from his late son Beau Biden's battle with cancer. Since then, he and his wife Dr. Jill Biden have made millions from a book deal and speaking engagements.

Why: The Mayor of South Bend, Indiana earns an annual salary of $104,000. He will also receive royalties on his recently published memoir Shortest Way Home.

Why: Delaney is one of the wealthiest members of Congress and is the only former CEO of a publicly traded company. Delaney founded two New York Stock Exchange-listed companies before the age of 40. In 1993, he co-founded Health Care Financial Partners, which makes loans available to smaller heath care service providers, and in 2000 he co-founded Capital Source, a commercial lending company.

Why: Tulsi Gabbard is the Representative for Hawaii's 2nd congressional  district. She is the first Samoan American and the first Hindu member of Congress.

Why: According to her 2015 Congressional finance disclosure, Kamala Harris' net worth was roughly $3.31 million. The vast majority of her net worth is attributable to her husband Douglas Emhoff who is a partner at DLA Piper Law Firm working out of their California and D.C. offices focusing on entertainment and intellectual property law. On her own, Harris has a net worth of about $391,000.

Why: Former Colorado Governor John Hickenlooper's net worth is not known, but in 2007, he sold a stake in his chain of breweries and restaurants for $5.8 million.

Why: Washington Governor Jay Inslee's most recent tax returns shows he earn $170,000 a year and receives $43,000 a year from his congressional pension.

Why: Beto O'Rourke's mother ran a successful business for decades. His wife Amy is the heiress to a local real estate fortune.

Why: Bernie Sanders has made $2 million from sales of his books. He has not yet released his tax returns, despite seeking the Democratic nomination for president in 2016.

Why: Student loan and credit card debt. We feel you, Eric Swalwell.

Why: In April 2019 Elizabeth released 15 years worth of tax returns that showed she has made a small fortune selling books. In 2018 Warren and her husband's total income was $846,000. Since 2013 she has earned $3 million in book royalties and advances. Their income spiked to an all-time high of $1.5 million in 2014, the year her memoir A Fighting Chance was released.

Why: Marianne Williamson first ran for Congress in 2014. Her personal disclosure at the time showed assets of $957,000 to $4.5 million

Why: The Venture for America founder's 2016 tax returns show an annual salary of $285,000. He has never run for office and has not filed financial disclosures regarding his assets and liabilities.