By Amy Lamare on January 26, 2016 in Articles › Entertainment

It is awards season in Hollywood. The annual time of year when everyone in the entertainment industry dusts off of their tuxedos and dry cleans their gowns in hopes that they will bring home Oscar gold. On February 28th, the year's best will gather in Los Angeles to see who brings home the golden trophy. For some of the nominees, this is old hat, they've been there, done that, and maybe even have an Oscar or two gathering dust at home. For others, this is a once in a lifetime opportunity. However, for every nominee, no matter how successful or how many Oscars line their mantles, the Academy Award represents the pinnacle of their business. Winning one can open doors to better roles and bigger paychecks.

Chances are, more than a few people in the audience will be thinking of their early days in Hollywood and how they went from starring in a sitcom to basking in Oscar's glow (to cite just one example). Let's take a look at 10 of this year's nominees, their net worths and how each got their start in the entertainment industry.

Nominated For: The Revenant

Leonardo DiCaprio is nominated for his role as Hugh Glass, a frontiersman on a fur trading expedition in the 1820s who is mauled by a bear and left for dead by members of his own hunting team.

One of DiCaprio's earliest acting gigs was as a supporting cast member in 1991 on the sitcom Growing Pains. By the mid 1990s, he was a heartthrob and lead actor in movies like 1996's Romeo + Juliet and 1997's Titanic. 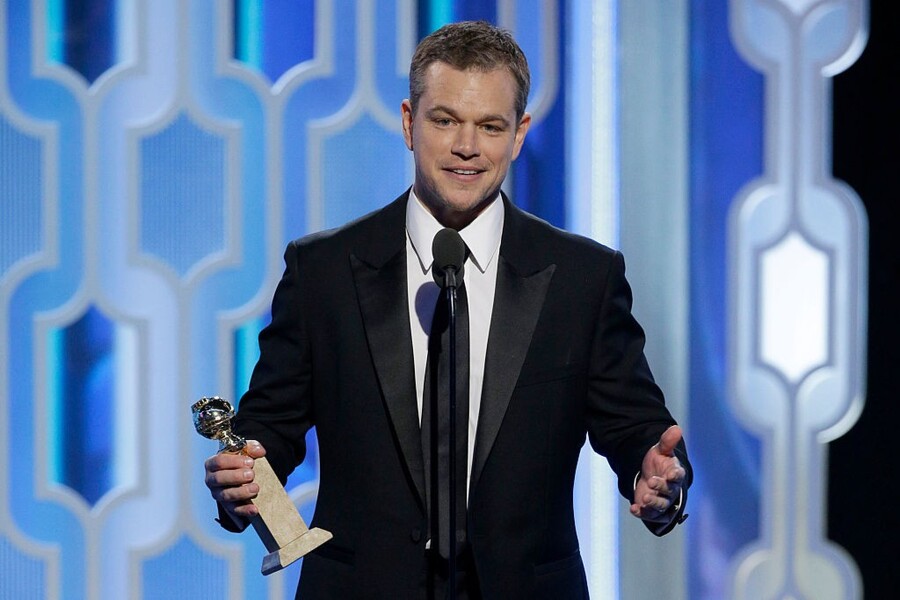 Nominated For: The Martian

Matt Damon is nominated for his role as Mark Watney in the space thriller The Martian. The film is about a manned mission to Mars, where Damon's character is presumed dead and left behind on the red planet to survive stranded and alone with meager supplies

Damon's first notable role was in 1988's Mystic Pizza. He followed that up a with 1992's School Ties. In 1998, Damon was nominated two Oscars for Good Will Hunting: Best Actor and Best Original Screenplay with friend and co-writer Ben Affleck. He won the Screenplay Oscar. Damon was also nominated for Best Supporting Actor in 2010 for his role in Invictus. This is Damon's fourth Oscar nomination.

Actress In A Leading Role

At just 25 years old, Jennifer Lawrence is nominated for the fourth time for her role as Joy in Joy. The film is loosely based on the life of Magic Mop inventor Joy Mangano. Lawrence got her start in 1996 at the age of six on the TV show Monk. A decade later she played the young Allison on the long running Patricia Arquette series, Medium.

Lawrence made her film debut in 2010's Winter's Bone, for which the then 20-year-old nabbed a nomination for  Best Actress at the 2011 ceremony. In 2013, Lawrence won the Best Actress Oscar for Silver Linings Playbook. She was also nominated for Best Supporting Actress in 2014 for American Hustle.

Cate Blanchett scored her sixth Oscar nomination for her role as Carol. The film centers on an aspiring female photographer falls in love with an older woman named Carol. The film is based on the 1950's novel, The Price of Salt. Blanchett is one of a very small group of actors who has been nominated twice for playing the same role. She played Queen Elizabeth in both 1998's Elizabeth and in 2007's Elizabeth: The Golden Age. Both roles earned her a nomination for Best Actress. Blanchett won the 2005 Supporting Actress Oscar for The Aviator and the 2014 Best Actress award for Blue Jasmine. Additionally, she was nominated for Best Actress and Best Supporting Actress in 2007 for I'm Not There and Notes on a Scandal. This is Blanchett's sixth Oscar nomination.

Blanchett started her illustrious career in Australia on the 1993 television show Police Rescue. 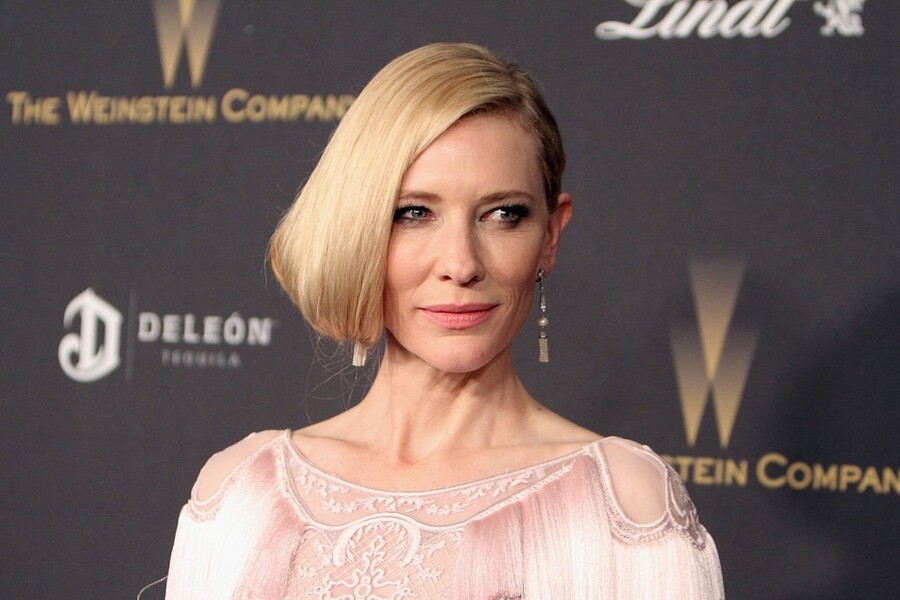 Actor In A Supporting Role

Nominated For: The Big Short

Christian Bale earned his third Oscar nomination for his role as Michael Burry in The Big Short. He was previously nominated for Best Supporting Actor in 2014 for American Hustle and Best Actor in 2011 for The Fighter.

Bale first grabbed the attention of audiences with his role in 1992's Newsies.

Sylvester Stallone reprised his most famous role, Rocky Balboa, for Creed. In the film, Rocky is the trainer and mentor to a young boxer who just happens to be the son of his former rival, Apollo Creed.

IMDB lists Stallone's very first acting gig as that of Stud in the 1970 film The Party at Kitty and Stud's.

This is Stallone's third Oscar nomination. He was previously nominated in 1976 for Best Actor and Best Original Screenplay for Rocky.

Actress In A Supporting Role

Rachel McAdams is nominated for her role as Sacha Pfeiffer in Spotlight. McAdams' burst onto the scene in a big way in 2004-2005 with a trio of popular films: Mean Girls, The Notebook, and Wedding Crashers. Since then she has worked steadily in film and TV, most recently in HBO's True Detective. This is Rachel McAdams' first Oscar nomination.

Kate Winslet is nominated for her role as Joanna Hoffman in Steve Jobs. Winslet first captured the attention of moviegoers in 1994 with Heavenly Creatures. She then followed that up with 1995's Sense and Sensibility, which earned Winslet her first Oscar nomination for Best Supporting Actress. She was then nominated again, this time for Best Actress in 1998 for the 1997 blockbuster Titanic. Steve Jobs is Winslet's seventh Oscar nomination. She won the 2009 Oscar for her role in The Reader.

Nominated For: The Revenant

Last year's winner for Best Director, Best Original Screenplay, and Best Picture for Birdman is back. This year, Alejandro González Iñárritu is nominated for Directing for the Leonardo DiCaprio film The Revenant. Audiences first got to know Iñárritu from the 2000 Mexican film Amores Perros. Iñárritu's first big American movie was the 2003 Sean Penn film 21 Grams.

Nominated For: "Til It Happens To You" from The Hunting Ground

Lady Gaga has dominated the charts, filled stadiums across the globe, and delighted onlookers for years with her catchy songs and outrageous outfits. She took home the Golden Globe for her role in TV's American Horror Story. Now she is nominated for an Academy Award for Best Original Song. Gaga wrote "Til It Happens To You" with the legendary Diane Warren. This is Lady Gaga's first Oscar nomination.

Chris Rock is returning to host the 88th Annual Academy Awards for the first time since 2005. The comedian, actor, writer, director, and producer has been working steadily in Hollywood since 1985. Pressure is currently mounting for Chris Rock to step down as Oscar host in light of the controversy surrounding the lack of diversity amongst this year's nominees. If he does, it will send a statement to the Academy. But will they actually hear it or will they just call the next available comedian to step into Rock's hosting duties?