The Most Expensive Wedding Dresses Of All Time

By Amy Lamare on August 20, 2013 in Articles › Entertainment

Wedding dresses have been the custom since the Middle Ages, though their style and color have changed quite a bit. While white (or ivory, ecru, eggshell) wedding dresses have been popular since the mid-19th century, back in the Middle Ages brides were expected to dress in a manner that befitted their social status. Brides from wealthy families often wore rich colors in expensive fabrics. The amount and price of the material used to make a wedding dress was a reflection of the bride's family's wealth. 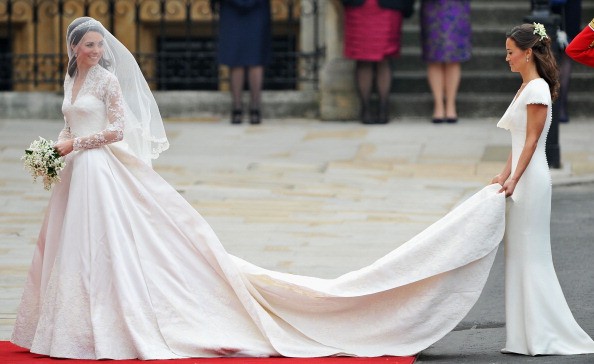 The first documented white wedding dress worn by a Princess was in 1406 by Princess Phillippa of England, who wore a tunic with a cloak in white silk bordered in ermine fur. This was not a trend yet, as brides all over the world before the Victorian era were married in any color. White became popular in 1840, when Queen Victoria married Albert of Saxe-Coburg in a white gown.

With the popularity of television shows like Say Yes to the Dress, wedding gowns are a big business. Let's face it, after the Groom; a gal's wedding day is all about the dress – no matter their budget.

Today wedding gowns are more of a reflection of the bride's or wedding's personal style rather than her family's wealth. Let's take a look at some brides who broke the bank with their wedding gowns. These are the most expensive wedding dresses:

If you're going to break the bank when buying your wedding gown, it is definitely when you are marrying an actual prince. Actress, socialite, all-around knock-out Grace Kelly realized every little girl's dream when she married her real life Prince in 1956, Prince Rainier of Monaco. Her gorgeous dress cost $8,000 not including the fee for MGM costume designer Helen Rose who designed a gown truly worthy of a fairy tale Princess. In today's dollars, Grace Kelly's wedding gown would cost $68,000.

Her $10 million wedding to NBA player Kris Humphries featured three dresses throughout the course of the event. The princess ball gown she wore to walk down the aisle was custom Vera Wang and cost $25,000. While that may seem like a relative drop in the bucket for a woman known to flaunt her excess at every turn, she didn't wear just one dress on her wedding day. She had three gown changes, putting the total dress bill at an estimated $75,000. Kim and Kris were married for 72 days; I just thought I'd throw that out there. $10 million dollar wedding. 72 days.

Japanese bridal designer Yumi Katsura is one of the most revered wedding dress designers of all time. She has reportedly provided dresses for more than 650,000 brides around the world. Yumi's most famous wedding dress is so expensive, it has yet to find a bride with the budget to take it down the aisle. It's called the White Gold Diamond dress and features a five-carat white gold diamond centerpiece and 1,000 pearls. This incredible dress can be yours for the bargain price of $8.5 million. Who needs a pre-nup? Nervous brides can just lock this dress away in a bank vault if the marriage doesn't last!

Lady Diana captured the world's heart when she stepped out of her horse-drawn carriage to marry Prince Charles in 1981. Her Victorian-style gown became an instant legend with its 250-yards of lace, tulle and ivory silk taffeta with over 10,000 pearls and sequins covering the layers of fabric. The train of Princess Diana's wedding gown was 25-feet long. Designed by David Emanuel, the poufy-sleeved gown is as magical today as it was over 30 years ago. It impossible to put a price tag on such an iconic gown, and its legendary style, as well as the much loved Princess who wore it, makes it priceless. 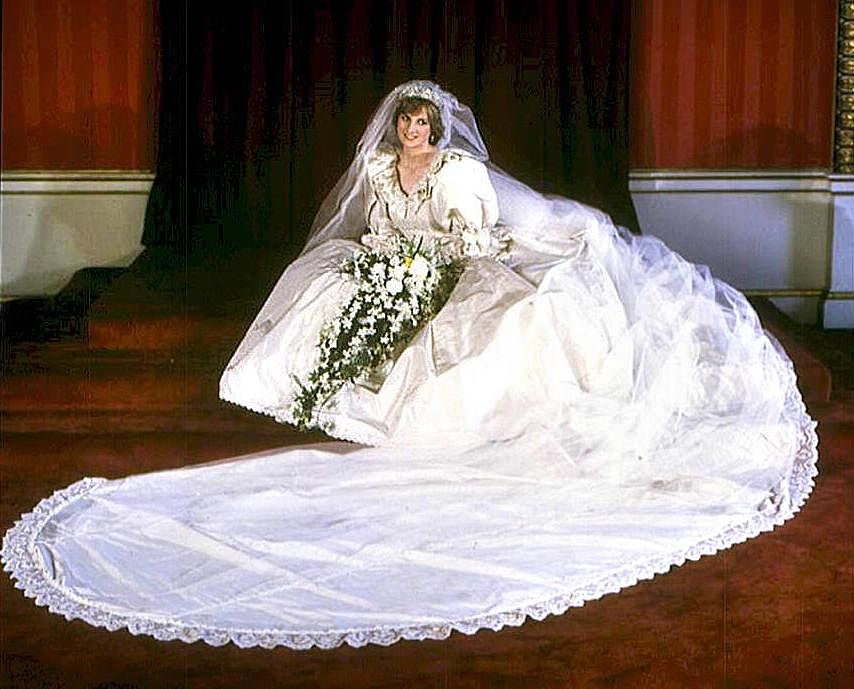 Princess Di Wedding Dress /AFP/Getty Images
Did we make a mistake?
Submit a correction suggestion and help us fix it!
Submit a Correction