The Legend Of Pirate Henry Avery: The First Man To Trigger A Worldwide Manhunt After $108 Million Theft

By Amy Lamare on August 16, 2019 in Articles › Entertainment

We tend to think of modern times as both the best to live in (hello convenience) and the most treacherous (hi mass shootings). But things have been pretty crazy for a long time. Consider the late 17th century when actual pirates roamed the seas plundering ships and ports for their own profit. One such pirate was Henry Avery. He became the richest pirate in the world (and possibly just the richest person – or one of them) when he raided a ship belonging to India's Grand Ruler and stole the equivalent (in today's dollars) of $108 million in precious metals and jewels. The world's first worldwide manhunt centered around finding him and recovering the treasure he stole.

Henry Avery lived so long ago that we're not even sure what his real name is. He's been called Henry Every, Henry Avery, Henry Evory, Jack Avery, and John Avery. He was born on August 20, 1659 in England. He roamed the Atlantic and Indian Oceans in the mid-1690s. In addition to the confusion about his actual name, it is likely that the pirate known as Benjamin "Long Ben" Bridgeman was an alias of Avery's. His peers called him "The Arch Pirate" and "The King of Pirates." He was infamous for being one of the few major pirate captains who got away with his loot without being arrested or killed in battle. He also pulled off the most profitable theft in the history of piracy. 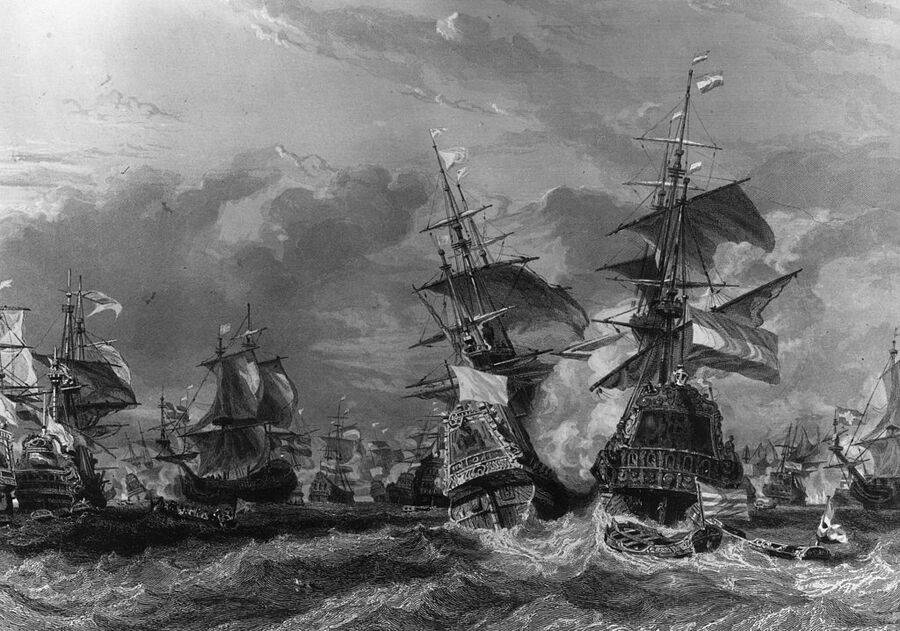 When you consider all of the accolades bestowed on him by his contemporaries and authorities that tried to catch him, it's pretty amazing that he was only a pirate for two years. In those two years though, he became a popular media figure (in what passed for the media in the 17th century), inspired works of literature, and inspired other people to become pirates.

Avery's career as a pirate began while he was first mate on the warship Charles II. The ship was anchored in Corunna in northern Spain and the crew was getting bored as Spain wasn't delivering the letter of marque that the ship needed to get back to work. A letter of marque was a government license that authorized a private person –in this case likely the captain of the ship – to attack and capture vessels of a nation at war with the issues – in this case, Spain. The crew of the Charles II mutinied, renamed the ship the Fancy, and Avery was made the new captain.

Avery's most famous raid was on the 25-ship convoy of Grand Mughal – basically modern day India. The ships were making the annual pilgrimage to Mecca. Avery joined forces with a few other pirate ships and they were able to steal $108 million in precious metals and jewels. This made Avery the richest pirate in the world. This caused damage to England's strained relations with the Mughals. A bounty of 1,000 pounds – a huge sum at the time, was offered by the East India Company for his capture—setting off the first worldwide manhunt in recorded history.

A number of Avery's crew were arrested but the King of Pirates eluded capture. The last known record of him was in 1696. Where he went, what he did, and what became of him after that is unknown. Some claim that he changed his name and retired quietly in either England or on a tropical island. Other accounts speculate that Avery squandered his riches. It is believed that he died sometime between 1699 and 1714. His $108 million treasure has never been found.