10 Of The Largest Acting Paychecks In Hollywood History

By Brian Warner on April 6, 2018 in Articles › Entertainment

If you were to rank the best jobs in the world, being an A-list actor in Hollywood would definitely be near the top. Name another job that comes with a multi-million dollar paycheck, an army of adoring fans, private jets, exclusive parties and a thousand other perks that mere mortals can only dream about. The fact that actors make a ton of money isn't news. We're all well aware that A-list celebrities can easily pull down $10-$20 million for a single movie. What we really want to know about are the deals that made a handful of ultra-lucky actors massively rich. We're talking about the largest acting paychecks in Hollywood history.

In order for an actor to make a serious fortune from a movie, he (or she) needs more than just a huge salary. Even if an actor like Adam Sandler commands $20 million per movie, that alone isn't nearly enough. If you want to make a ton of money in Hollywood, you need one thing: Points. Points represent the percentage of a movie's revenues that someone is owed. For example, if Brad Pitt does a movie, he may demand 10 gross points (10%) of the film's revenues on top of his $20 million salary. That would mean he would get 10% of the movies gross revenues ("gross points" means before costs, "net points" mean after costs). So if his movie goes on to earn $100 million, Brad Pitt is entitled to an additional $10 million (10% of 100 million). Obviously studio executives only offer points to a small circle of the biggest and most bankable stars in the world. And if your financial track record starts to wobble (for example Jim Carrey), your days of getting points will be over faster than you can say "Malibu beach house". Warning! Some of the numbers below are truly mind boggling… 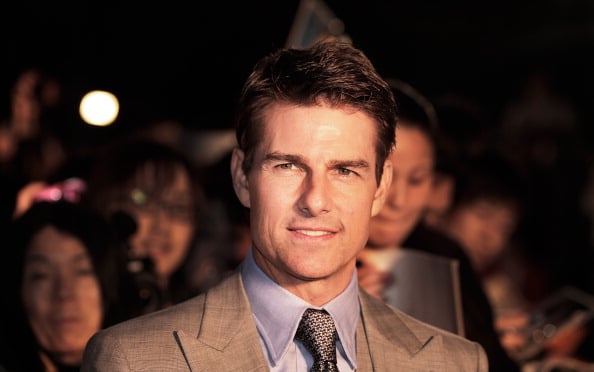 Tom Cruise is one of the wealthiest actors in Hollywood for a reason: He almost never does a movie without taking a huge percentage of the gross profits. That has been a problem at times, especially when his movies have gone on to flop at the box office. But for the most part, Mr. Cruise has always been able to pick himself up with another hit down the road. His highest paying role far and away (no pun intended) has been that of Agent Ethan Hunt in the Mission: Impossible franchise. Cruise's production company optioned the film rights and has then produced all four movies. This allowed Tom to make $70 million off the first film, $75 off the second and third, and $70 million off the fourth. That works out to a grand total of $290 million which is the largest cumulative paycheck any actor has ever received for a single part.

Did you know that Will Smith was offered the role of Neo before Keanu? Not only did Will Smith end up turning down the starring role in three of the biggest films of the last 20 years, but he also lost out on a potential $262 million payday. Your eyes are not deceiving you, Keanu Reeves earned $262 million off the three Matrix movies. For the first film, Keanu was paid a salary of $10 million plus 10% of the gross. Matrix I eventually earned $460 million worldwide, bringing his total pay to $56 million. For the second and third movies, Keanu earned $15 million per film plus 15% of the gross. The Matrix II went on to make $742 million worldwide and put $126 million in Keanu's pockets. The third movie earned $430 million, translating into $80 million for Neo. That adds up to a mind boggling grand total of $262 million for three films. The $126 million Keanu earned for the second movie, is the largest paycheck every received for a single movie to date.

Last July a little known movie blog reported that Johnny Depp had earned $350 million off the first four Pirates movies. The only source that blog credited was "an individual with knowledge of his deals". Disney quickly disputed this claim and called the reported number "highly inaccurate". Here are the facts: Johnny earned $20 million for the first movie, $60 million for the second, $50 million off the third and $55 million off the fourth. There is speculation that in order to return for a future fifth installment, Depp has negotiated a deal that could be worth $95 million and will include a cut of merchandise and DVD sales in addition to the box office receipts!

In order to convince Bruce Willis, one of the biggest stars on the planet, to appear in an highly unusual film about dead people directed by an unknown director without any track record, the studio behind the project agreed to pony up a $14 million fee plus 17% of the gross points. As we all know now, The Sixth Sense was a smash hit which went on to earn $670 million worldwide. That put a $106 million bonus into Bruce's bank account on top of his $14 million salary. Willis also wracked up a $450 thousand dollar private jet tab and had a $400 thousand dollar "allowance" while working on the film. In case you were curious, the other star of the film, Haley Joel Osment was paid just $150,000. He did not receive a private jet tab or allowance.

Hot off winning the Best Actress Academy Award for 2009's The Blind Side, Sandra inked a very lucrative deal with Warner Brothers to take over for Angelina Jolie in Alfonso Cuaron's space epic Gravity. The deal guaranteed Sandra $20 million up front then 15% of the movie's gross after her advance was earned back. She was also guaranteed a percentage of the film's DVD, TV and various other sources of revenue. Gravity went on to earn more than $700 million and to date has put an estimated $70-$77 million, in Sandra's piggy bank.

When the production of Forrest Gump was going over budget, Tom Hanks wisely handed back half of his $10 million paycheck in exchange for a 10% share of the movie's gross revenues. This turned into a $70 million payday on top of the Best Actor Academy Award.

#9: Harrison Ford – $65 million from Indiana Jones and the Kingdom of the Crystal Skull

In order to appear in 1989's Batman, Jack Nicholson struck a brilliant deal. He agreed to accept $6 million in salary instead of his standard $10 million in exchange for a big cut of the back end revenues. When the movie went on to make $411 million, Nicholson earned $60 million, a record at the time.

Sandler took home a $20 million salary plus 25% of the gross for this movie, which coincidentally also featured Jack Nicholson.

Bonus: Mel Gibson – $400 million from The Passion of the Christ (directed & produced)

Technically Mel earned his $400 million paycheck as a director, not an actor, which is why we did not include him on the above list. When no studio would finance the film, Gibson paid for the entire $45 million production and marketing budget out of his own pocket. This was obviously a risky move, considering the money represented more than half of his entire net worth at the time. On the flip side, by self-funding the film, Mel was entitled to 50% of of the box office profits. That eventually turned out to be more than $300 million. Added to that amount was an additional $75 million from DVD sales and $25 million from merchandise.

Working for points is actually good advice that can be applied to all professions. If you want to make a ton of money some day, earning salary alone is never going to cut it. You need to own a piece of the back end of whatever you are doing. You need to have skin in the game. If you take nothing else away from this article, remember that being an employee with a high salary is meaningless. Only owners cash out when a company gets bought for a billion dollars. So go into work tomorrow and demand a piece of the action!