By Amy Lamare on August 20, 2020 in Articles › Entertainment

Jack Warner is a legendary figure in Hollywood. He and his brother started Warner Brothers studios. He pioneered the technology that brought films from the silent age into the age of the talkie. He's the man behind "Casablanca." His contributions to the film industry and popular culture are unparalleled. He was born Jacob Warner on August 2, 1892, in London, Ontario, Canada. His parents were Polish Jewish immigrants to Canada. His father Benjamin and mother Pearl had 12 children. When Jack was born, the family moved to Baltimore. In 1896, they relocated to Youngstown, Ohio. Jack got a taste of the spotlight there when he embarked on a vaudeville career under the name Jack Leonard Warner. The vaudeville career was short-lived, but Jack's interest in the entertainment industry was not.

In 1903, Sam Warner was working in a penny arcade when he found out there was a Model B Kinetoscope movie projector for sale by a woman who owned one of the local boarding houses. She wanted $1,000 for the projector, which is equal to around $30,000 today. Sam came from a large family, so he turned to them for help. The Warner family was well known for being tight-knit and hard workers. Everyone worked and the money they made was used for the family. Harry worked in his father's shoe store and later opened a bike repair shop with his brother Abe. Jack delivered groceries and sang at weddings. His sister Rose played the piano for Jack's gigs. Sam worked carnivals and other attractions—he was a natural-born hustler. So, when Sam went to the family with the idea to start a movie theatre, the family took him seriously. Film was a brand new business. The brothers pooled their cash and bought the projector. When Sam bought the projector, the seller threw in a free film print of "The Great Train Robbery," the latest sensation at the brand new box office. The Warner brothers screened the film across Ohio and Pennsylvania. The three brothers earned enough money to buy a few small movie theatres and get into film distribution. Jack joined them in 1909. They sold the movie theatre business and got into production in 1910.

Warner Brothers had its first big success in 1918 with the movie "My Four Years in Germany," which had been adapted from a novel. The same year, they opened a film studio in Los Angeles. The studio's first several movies were flops and then the studio was saved by a German Shepherd named Rin Tin Tin. He became Warner Bros.'s biggest star. Then, in 1925, Warner Bros began making talking movies. The first "talkie," "The Jazz Singer," a movie about the life of Al Jolson, came out in 1927 and announced to the world that Warner Bros was a major Hollywood player. 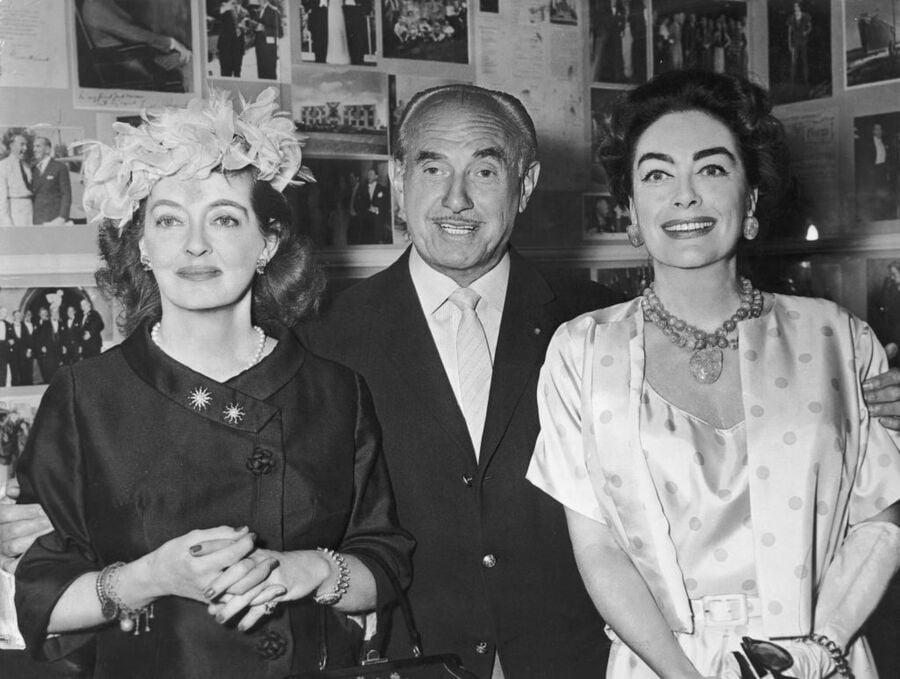 Sadly, Sam Warner died before the premiere of "The Jazz Singer." Jack was lost without his big brother and over the years, without his guidance, gained a reputation for ruthlessness. In the 1930s, Warner Bros started making Looney Tunes and Merrie Melodies cartoons as well as movies like "The Public Enemy" and "Little Caesar." By the 1940s, Warner was releasing several dozen films a year including "Casablanca," "The Maltese Falcon," Hitchcock's "Dial M for Murder," and "Rebel Without a Cause." In the mid-1950s, Warner Bros got into producing television too, most notably the television series version of "Rin Tin Tin."

Jack Warner was ruthless with the studio budget and employees' salaries. He even appeared before the House Un-American Activities Committee in 1947 to accuse some of his staff of being Communists. This ruined their careers. Warner didn't care. He didn't even spare his family from his temper. He cut ties with his son Jack when he insulted his father's second wife.  In the late 1950s, the remaining Warner brothers wanted to sell the studio. Jack went behind their backs, bought them out, and installed himself as president of the studio. None of his brothers ever spoke to him again.

Warner married for the first time in October 1914 to Irma Salomon, the daughter of a prominent Jewish family in San Francisco. They had one child, Jack M. Warner, who was born on March 27, 1916. Warner left Irma in 1935 for Ann Page. Warner and Ann had a daughter named Barbara. The Warner family sided with Irma in the divorce. They refused to accept Ann as part of the family. Warner was not faithful to Ann and had a series of mistresses, including with an actress who looked just like his wife.  Ann asked Warner to end the affair after four years. Ann had a daughter, Joy, from a previous relationship. Warner was Joy's stepfather.

Warner's last big hits were 1964's "My Fair Lady," starring Audrey Hepburn and 1966's "Who's Afraid of Virginia Woolf," starring Elizabeth Taylor. In 1966, his wife Ann wanted Jack to slow down and retire. He sold his 1.6 million shares in Warner Bros for $24 million to Seven Arts Production. That's equal to $190 million in today's money, once it is adjusted for inflation. Warner retired officially in 1969 but continued working as a producer until a stroke in 1964 robbed him of his eyesight. He passed away in 1978 and left most of his estate to his wife. Jack Jr. was left $200,000. Father never forgave his son for insulting his wife.

Now, today, you may be wondering why the name Jack Warner is so familiar. He's been played on the big and small screens a number of times of course, most recently by Stanley Tucci in "Feud." His former estate, which has been known as the Jack Warner Estate for decades, regardless of who owned it. Jack bought a 10-acre property in 1937 and built a 13,000 square foot mansion on the land. Ann, Jack's widow, lived there until 1990 when she died. Music producer David Geffen bought the Jack Warner Estate then for $47.5 million. It was the most expensive real estate transaction in the United States at the time. By the way, $47.5 million in 1990 is equal to $93 million today. Then, just a few months ago, on February 12, 2020, Geffen sold the Jack Warner Estate to Amazon founder Jeff Bezos for $165 million. This makes it the most expensive property sale in California history.