By Amy Lamare on September 12, 2020 in Articles › Entertainment

The U.S. Open kicked off on Monday, August 31, in New York City. More than 300 of the best tennis players in the world will be vying for the chance to take home some part of $44 million in prize money. For the vast majority of tennis players, succeeding at this year's tournament could be the difference between making money this year, or losing it. The pandemic has hit the sport particularly hard since tennis is a sport that requires a fair bit of international travel. Also consider the fact that tennis players are basically independent contractors – unlike football or basketball players, they don't have a team to fall back on. Fortunately, a Player Relief Fund has been set up to get more than $6 million out to 800 professional tennis players who don't make Roger Federer or Naomi Osaka style money.

Tennis pros at the top of their game on and off the court don't have much cause to worry about a less profitable 2020. Roger Federer, for instance, isn't competing in this year's U.S. Open. He's recovering from two knee surgeries. He is the highest-paid tennis player of the year for the 15th consecutive year. He's also the highest-earning athlete in the world. Almost all of Federer's income over the past year, 95% of it to be exact, was earned off the court. The 39-year-old Swiss champ ended his long term deal with Nike and signed a lucrative 10 year deal with Uniqlo, which promised to pay him $300 million whether or not he was playing tennis.

Federer made more than double the second-highest earner on this list. The top 10 players made a combined $340 million, which is up from last year's $312 million. Tennis is an attractive sport for brands because the audience is typically wealthier than most other sports and is pretty evenly split between men and women. This year's list is made up of four women, two of whom are playing in this year's U.S. Open (Naomi Osaka and Serena Williams) and six men. 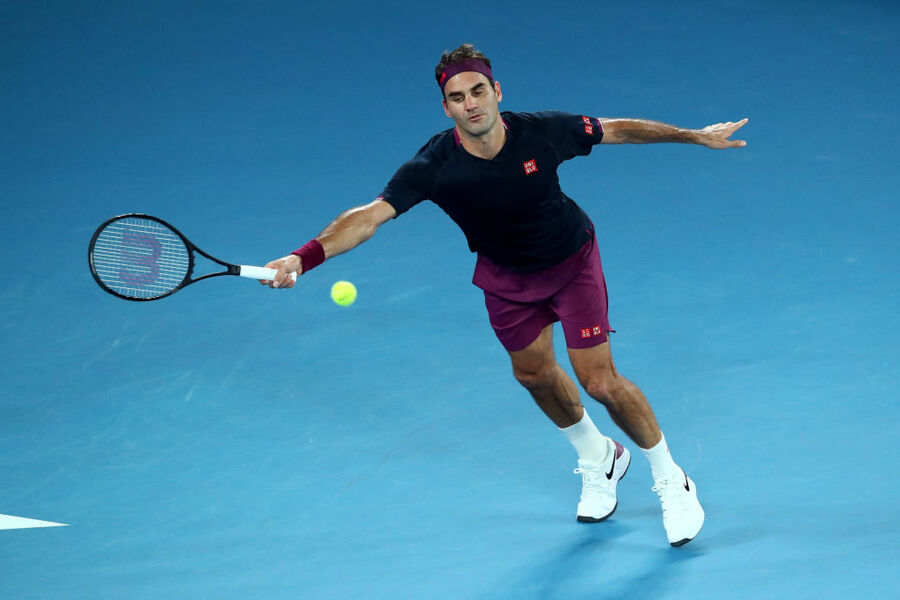 Over her career, Halep has won $36.5 million in prize money, good enough for fourth all-time on the list of female tennis players. The Romanian won her second Grand Slam title at Wimbledon last year. Her major sponsorship deals include Nike, Wilson, and Avon

Dominic Thiem is a 26-year-old from Austria who reached the finals of the 2019 French Open and 2020 Australian Open. He hasn't won his first Grand Slam yet, despite being ranked #3 in the world. His deals include Adidas, Red Bull, and Rolex.

Daniel Medvedev had a pretty successful 2019, reaching the finals in six consecutive ATP Tour events. His major deals include Lacoste and BMW.

2019 was a great year for the Australian tennis player. She won her first career Slam at the French Open. She's the first Australian woman to be ranked #1 since 1976. Her major sponsors include Fila and Head.

Kei Nishikori has been off the court since last year's U.S. Open with an elbow injury and then the pandemic shutdown. He will not be playing in this year's U.S. Open as he tested positive for COVID-19 in August. His major sponsors include Japan Airlines and Procter & Gamble.

Serena Williams has become a major tech investor through her Serena Ventures. She's invested in more than 50 startups founded mostly by women and minorities over the past six years. She's made $93 million in prize money over her career.

Naomi Osaka has dual American and Japanese citizenship but chose to represent Japan in the Tokyo Summer Olympics, which have been rescheduled for 2021. Her major endorsers include Procter & Gamble, Nissan, and Nippon Airways.

Rafael Nadal is one of tennis' biggest stars. In 2019 he won his 12th French Open and his fourth U.S. Open. He is not competing at this year's U.S. Open.

With Federer and Nadal sitting this year's tournament out, Djokovic is the favorite to win the men's title. In 2020 he added Peugeot to his list of sponsors.

Roger Federer remains the most popular and highest-paid tennis player despite sitting out the season while he rehabs his knees. Prior to going under the knife, he played five exhibition games in Latin America in November that paid him more than $15 million.