The Highest-Paid NBA Players Of 2021: All Hail King LeBron James

By Amy Lamare on February 11, 2021 in Articles › Entertainment

The 2021 NBA season is going to be another weird one with COVID-19 still raging and the rollout of the vaccination of the public taking much longer than expected. As it is, the empty basketball arenas of the 2020 season slashed NBA salaries by 20% this season. Fortunately, lucrative endorsement deals keep the NBA's biggest stars earning out of this world salaries. The NBA season tipped off in December and didn't even make it a full two weeks before coronavirus caused the schedule to fall into chaos. Twenty-two games have been postponed so far.

Over the past three decades, NBA salaries have skyrocketed. Prior to the coronavirus delaying the 2020 season, NBA salaries averaged out to $9.5 million per player. NBA players are the best paid of the three major professional sports leagues. NBA salaries are more than double what MLB salaries are and three times more than the average NFL salaries. The NBA has 35 players set to make at least $28 million in salary compared to 12 in the NFL and seven in MLB. NBA players benefit from both smaller rosters and enormous television deals despite being the only one of the three sports to have a cap on individual salaries, something the NBA has had in place since the 1999 season. 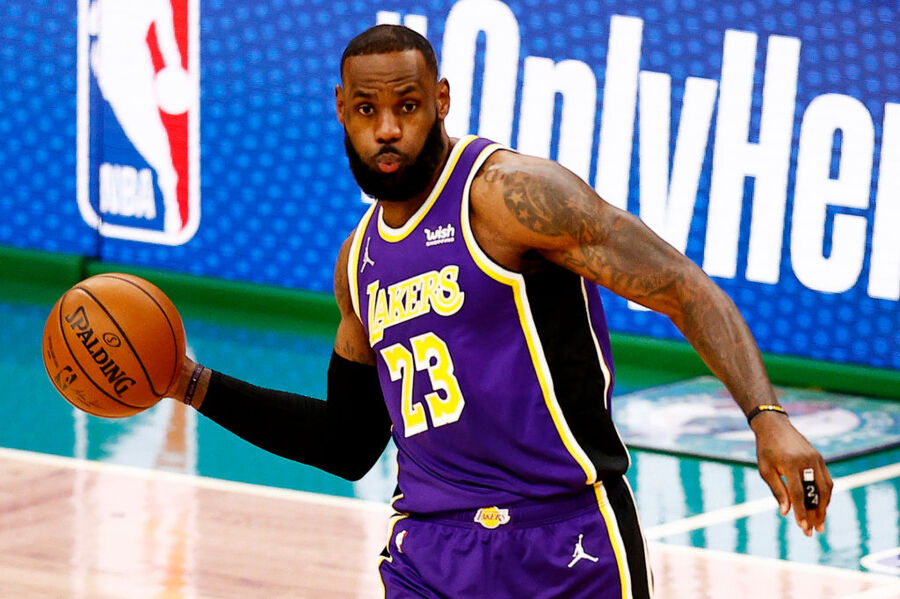 LeBron James is the highest-paid NBA player for the seventh year in a row. He's set to make $95.4 million this year, with $64 million coming from endorsements, media, and memorabilia. That's the highest haul ever in not just the NBA, but in all American team sports. This payday will push his career earnings to $1 billion, joining Cristiano Ronaldo, Lionel Messi, Tiger Woods, and Floyd Mayweather in this esteemed club.

All NBA players will have 20% of their salaries put in an escrow account this season to help balance the 50-50 split in revenue across the league. For LeBron, this means losing about $8 million and a spot in the uber-exclusive club of athletes who earned at least $100 million in a single season. The only two athletes to achieve this are Woods and Mayweather.

During a normal season when the world is not gripped with a global pandemic, arenas generate about 40% of NBA revenue. In 2021, that figure is a lot closer to $0. This means players will not have their escrow money returned.

Covid-19 has also affected endorsements – or new ones at least. Fortunately for LeBron, he is one of the league's most likeable pitchman and one of the most marketable people in the world. In the fall of 2020, LeBron and Coca-Cola couldn't come to an agreement on a contract extension despite having a relationship that dated back to 2003. So LeBron jumped over to Pepsi to promote Mountain Dew. James also has lucrative deals with Nike, AT&T, Beats, GMC, Walmart, Blaze Pizza, and Rimowa. James is a franchisee and early investor in Blaze Pizza. He has 18 Blaze Pizza franchises in Chicago and South Florida.

Steph Curry is the second-highest-paid NBA player with $74.4 million. Curry's endorsement deals come in at $40 million of his nearly $75 million. Curry has deals with Under Armour, which launched the Curry Brand in December 2020 in hopes of replicating what Nike and Michael Jordan did in the 1990s. His Under Armour deal is worth $20 million now. If his brand takes off, that will increase.

The top 10 highest-paid NBA players will earn a combined $558 million in salary and endorsements for the 2020-21 season.