The Golden State Has More Self-Made Female Entrepreneurs Than Any Other State, Proving The Left Coast Is The Best Coast

California is the place to be if you are a woman and an entrepreneur. The gold rush is in full force with 27 women on this year's list of America's Richest Self Made women who make their home in the Golden State. That is nearly half of the entire list! These women are tech executives, pop stars, makeup mavens, and more with a collective net worth of nearly $30 billion. Fourteen of these women live in the San Francisco Bay Area. Eight of those made their money in tech, including Oracle co-CEO Safra Catz, Houzz co-founder and CEO Adi Tatarko, and YouTube CEO Susan Wojcicki. Sixteen live in Southern California. Unsurprisingly those women largely made their money in entertainment—including Oprah, Barbra Streisand, and Beyoncé.

No other state even comes close to California's domination. New York is the closest with six women on the richest list. The left coast is the best coast. Six of the seven newcomers to the list this year are all from California including siblings Kim Kardashian West and Kylie Jenner as well as YouTube CEO Susan's younger sister, Anne Wojcicki, founder of 23andMe. 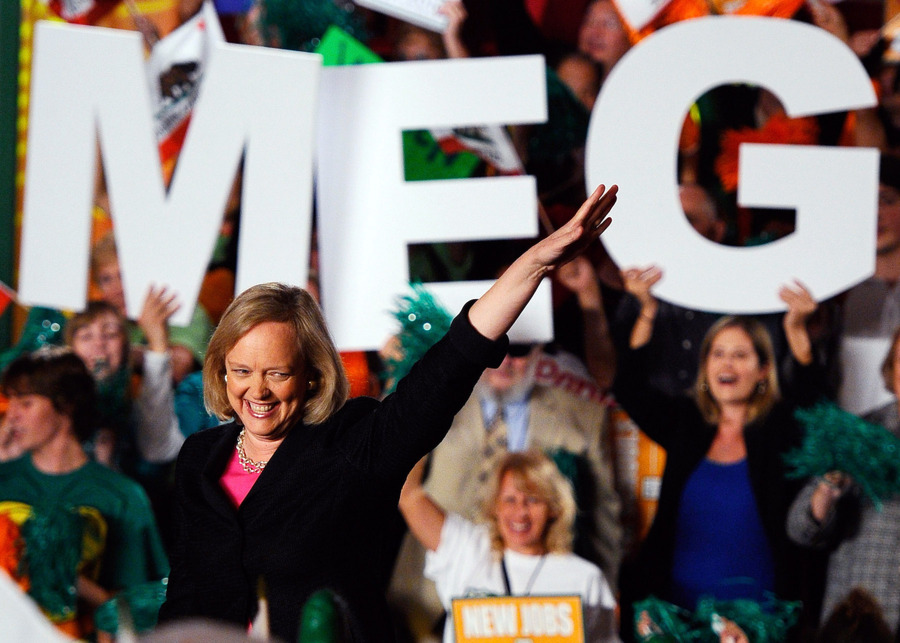 Former HP CEO Meg Whitman is the richest woman in California with $3.3 billion – she unseated Oprah Winfrey, who reigned supreme the last two years. Meg is one of 10 women on the list who made their fortunes in tech. Others include Facebook COO Sheryl Sandberg, former Yahoo CEO Marissa Mayer. BlackLine founder Therese Tucker is a newcomer to the list. Blackline is an enterprise accounting automation software company. She is the only tech woman on the California list that doesn't call Silicon Valley home. Tucker lives in Los Angeles.

Soare is one of three self-made cosmetic queens on the list based in California. The other two are Kim Kardashian West and Kylie Jenner.

For the first time, two sets of siblings make the list and all four women live in California.