By Brian Warner on May 2, 2022 in Articles › Entertainment

Dan Aykroyd comes from a long line of spiritual people. Some of these relatives would be described as "mediums," some were simply spiritual people looking for answers. Dan's grandfather claimed he could communicate with the dead through the radio. His mother claimed she could see ghosts. When his father learned his mother saw ghosts, they began conducting séances in the family basement after Dan and his little brother went to bed. Dan would peak down into the basement during the séances from a crack in the door, hoping to see a ghost.

Dan's father, who during the day worked as a civil engineer and advisor to Canadian Prime Minister Pierre Trudeau (Justin Trudeau's father), actually wrote a book about his experiences and research on the paranormal. The book was titled, "A History of Ghosts."

This is the family history that gave birth to an idea for film. An idea that would eventually generate billions at the box office while spawning several sequels, comic books, a cartoon and much more while also bringing the ghost genre back from the dead. This idea also earned Dan and his co-stars a small fortune… 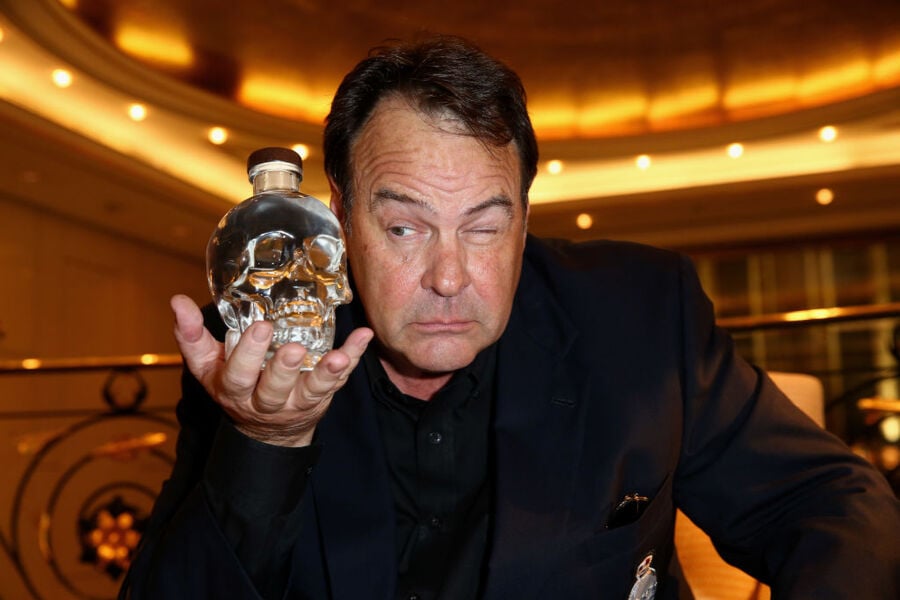 As you probably know, Dan Aykroyd first became famous thanks to "Saturday Night Live." He was the youngest member of the original cast. He left the show in 1979 after four seasons. The following year Dan and John Belushi, his best friend from SNL, co-starred in "The Blues Brothers," which Dan also co-wrote. The Blues Brothers was a smash-hit, earning over $115 million at the box office, significantly more than its $27 million budget.

While he was filming "The Blues Brothers" Dan had the very beginnings of an idea for a movie that tapped his innate passion for paranormal events and his newfound comedy stardom. The pitch was simple:

Studio executives were highly interested and eager to see a script. Tragically, the prospects for this original iteration ended when John Belushi died of a drug overdose on March 5, 1982.

Losing his best friend and creative partner left Dan emotionally paralyzed. Friends would later recall that he barely laughed or smiled for a year. Thankfully, Dan's creative spark did eventually return and he was soon tinkering on that paranormal screenplay idea again.

One day in early 1983, Dan called up his agent Michael Ovitz the principal partner at the powerful Creative Arts Agency. As recounted in Ovitz's biography, "Who Is Michael Ovitz?", on that phone call Dan pitched an idea for a movie. The pitch had become:

Ovitz loved the concept and was sure it would be a hot property.

Dan and Harold Ramis co-wrote the screenplay in two weeks. They even had Ivan Reitman (producer of "Animal House" and director of "Stripes") on board to direct.

Columbia Pictures quickly snapped up the rights. But there was a catch that Ovitz and CAA insisted Columbia agree to… 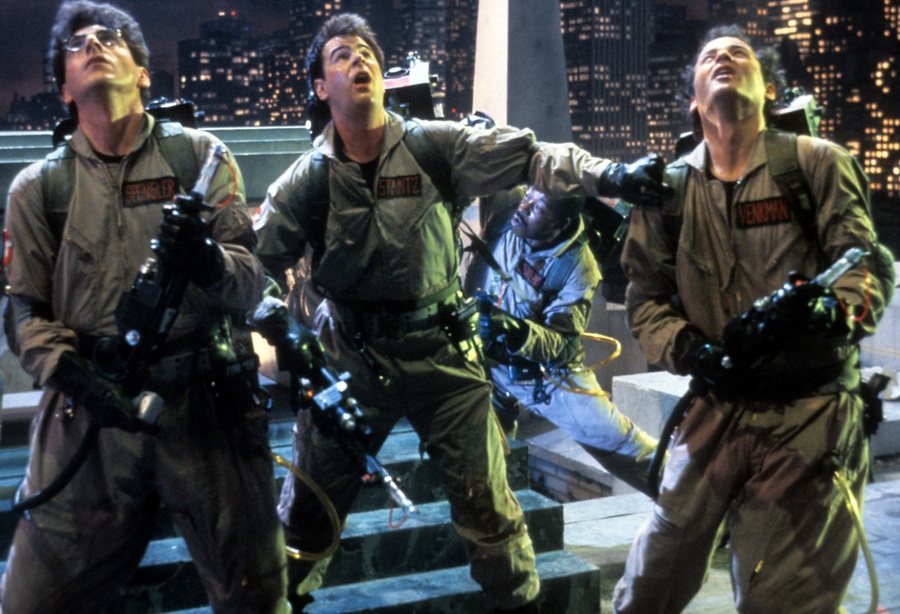 Mike Ovitz was the most powerful person in Hollywood in the 1980s and 1990s. CAA was the most powerful agency. Bill Murray and Dan Aykroyd were two of the biggest stars in the world. Harold Ramis was the most in-demand comedy film writer on the planet. Ramis' first four movies as a screenwriter were 1978's "Animal House" (which grossed $141 million on a budget of $3 million and is technically the most profitable movie in film history), 1979's "Meatballs," 1980's "Caddyshack" and 1981's "Stripes" (the latter three all starred Bill Murray).

So we were talking about a murderer's row of comedy and star power.

In order to secure the rights to this new movie which had been titled "Ghostbusters," Columbia had to agree to give 30% of the film's gross revenue to Aykroyd, Murray, Ramis and the director Ivan Reitman. CAA itself got 3% for packaging everything together in a neat little box.

Ghostbusters went on to gross $295 million at the global box office. In the following years it was a massive hit on VHS and was licensed to countless networks for replays.

According to Michael Ovitz's autobiography, CAA's 3% stake ultimately generated $30 million for the agency.

That's $75 million per person… in the mid-1980s. Adjusting for inflation, that's the same as each person earning….

And that wasn't the end of it.

As you know, there was a "Ghostbusters" sequel, but it took five years for the second installment to begin filming. A five year period where Columbia was desperate for another hit and all the principals got even more famous. So when the stars finally aligned again, CAA scored the team an even sweeter deal.

According to Ovitz's autobiography, for the sequel Aykroyd, Murray, Ramis and Reitman would split 35% of the film's box office gross on top of each earning $6 million upfront salaries.

"Ghostbusters II" generated $215 million at the box office and was just as popular on home video and network licensing as the original.

Just to be conservative, let's say this time around the four principals each earned "just" $50 million from all sources since it did perform slightly worse at the box office. After adjusting for inflation that's the same as each person making…