By Brian Warner on July 8, 2014 in Articles › Entertainment

When Richard Nixon first entered The White House in January 1969, one of his first decisions was to nominate Hewlett Packard co-founder David Packard as Deputy Secretary of Defense. The nomination came at the height of the Vietnam War and was immediately met with fierce resistance from members of Congress. Critics complained that Packard's wealth and interest in HP represented a major conflict of interest. At the time, Hewlett Packard was one of the largest Defense Department contractors in the world, with over $100 million worth of business coming directly from the Government every year. David Packard personally owned 1/3 of the company. So how did Packard eventually convince Congress to let him serve as Deputy Secretary of Defense? It all came down to a very simple, yet clever, agreement that would eventually turn into one of the most generous and patriotic compromises of all time.

Whenever someone leaves the private sector to take a high level government job, he or she is required to liquidate their entire investment portfolio in order to remove any potential conflicts of interest. The liquidated assets are then placed into a blind trust where they are invested without the person's knowledge or influence. This ethics rule applies to the President, Vice President, all Cabinet Secretaries and anyone else with enough power to influence the private sector.

Yesterday, we published the story of what happened to Henry Paulson when he gave up his position as CEO of Goldman Sachs to become Secretary of the Treasury in 2006. During his nomination period, Paulson was required to liquidate 3.23 million shares of Goldman that he had acquired over a 30+ year career with the investment bank. That represented a roughly 1% stake in the company and had a market value of $500 million. Selling off his shares was incredibly painful for Paulson because Goldman, and the markets in general, were in the midst of one of the biggest market rallies of the last 20 years. But we couldn't very well have a Treasury Secretary who also owned 1% of one of the largest banks in the world, could we? To soften the blow, in 1989 Congress created a loophole that allowed any high-level candidate for an executive branch position, to take a one-time capital gains tax exemption on any stock sales that were the result of avoiding potential conflicts of interest. In other words, if you were were leaving the private sector to take certain government jobs, you could sell all your stock tax free. For Henry Paulson, that represented a tax savings of approximately $200 million! No wonder he was willing to give up $40 million per year in salary to earn just $183,000 as Treasury Secretary!

Unfortunately, as we mentioned above, this tax exemption loophole wasn't created until 1989, twenty years after Nixon nominated David Packard. Even if that rule had existed, Packard owned 1/3 of HP's outstanding shares, far too many to be dumped on the open market all at once or even in several stages. And the potential conflict of interest was truly undeniable despite the fact that Packard would be agreeing to a 97% pay cut, from $1 million per year to $30,000. Congress could not ignore the reality that HP was earning more than $100 million ($640 million in 2013 dollars) off government defense contracts every year. 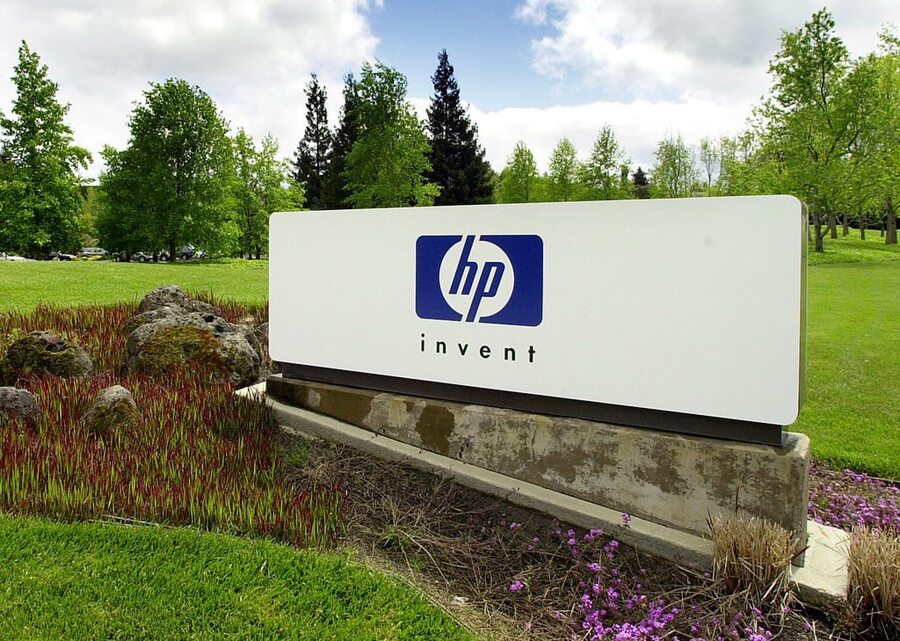 But Packard was equally persistent as he was patriotic. Feeling that he could not ignore the call of duty to help his country in a time of need, David Packard conceived of a very simple and clever compromise that could pave his way to becoming Deputy Secretary of Defense. To remove any potential conflicts of interest, Packard announced during a Congressional confirmation hearing that "the day I quit the Pentagon my Hewlett-Packard stock will not be worth one cent more than it was the day I walked in". In other words, Packard offered to donate 100% of any gains in his HP stock that occurred during his term to charity. Not only was this very clever and patriotic, it would also turn out to be a very generous gesture. After serving three years as Deputy Secretary of Defense, David Packard stepped down to return to HP as the company's Chairman. During that time, his stake in HP generated a $22 million charity windfall. That's the equivalent of $140 million in 2013 inflation adjusted dollars. Take a step back and let that sink in. David Packard essentially donated $140 million to charity in order to earn the privilege to serve his country. Compare that to Henry Pauslon, who was basically rewarded with a $200 million bonus to be Treasury Secretary for a few years.

A Legendary Philanthropist Is Born

It turns out this little charitable arrangement with Congress ended up lighting a philanthropic fire in David Packard's soul. Over the next 25 years David and his wife Lucile would make dozens of generous donations to a wide variety of organizations. Packard himself became fully dedicated to philanthropy in the early 1980s. Through their foundation, David and Lucile donated $55 million to build the Monterey Bay Aquarium. They eventually gave another $13 million to establish the Monterey Bay Aquarium Research Institute. In 1986 the foundation gave $40 million to build the Lucile Packard Children's Hospital at Stanford University. Eight years later the couple gave Stanford another $77 million gift, which would establish the David Packard Electrical Engineering Building.

When David Packard died in 1996, he left the vast majority of his $4 billion estate to the foundation. Today, the organization controls $6.1 billion worth of assets. That's enough to make the David and Lucile Packard Foundation the 10th largest charity in America and the 17th largest in the world. In 2011 the foundation gave away $245 million to a variety of organizations with a special emphasis on environmental causes. And to think, it all started from a Patriotic compromise with Congress that allowed David Packard to serve three years as Deputy Secretary of Defense without conflict!