As you may have heard, OJ Simpson is back in the news after announcing that he is seeking a new trial to reverse the armed robbery conviction that currently has him locked in a Neveda jail. Simpson is serving a 33 year sentence stemming from an incident that took place in a Las Vegas hotel room in September 2007. Allegedly, OJ and three associates burst into a hotel room with guns and stole various sports memorabilia from a dealer named Bruce Fromong. OJ was arrested and eventually convicted of robbery, kidnapping, coercion and conspiracy after all three of his associates took plea deals and testified against Simpson. But OJ claims he was just retrieving personal belongings that rightfully belonged to him in the first place. He also claims that his former lawyers in the case botched his trial and that he was unfairly persecuted because of bias still leftover from his 1995 murder acquittal. For these reasons, OJ is seeking to be freed from jail immiedaitely and re-tried. So why would OJ break into a room with guns to steal items that were supposedly his own property? Why wouldn't he just call the police and report the thieves? And how was OJ even paying for flights to Vegas, fancy meals and a home in Florida considering, he still owes millions to the Goldman and Brown families? Let's take a look at how OJ Simpson's life and finances have worked since his murder acquittal in 1995. 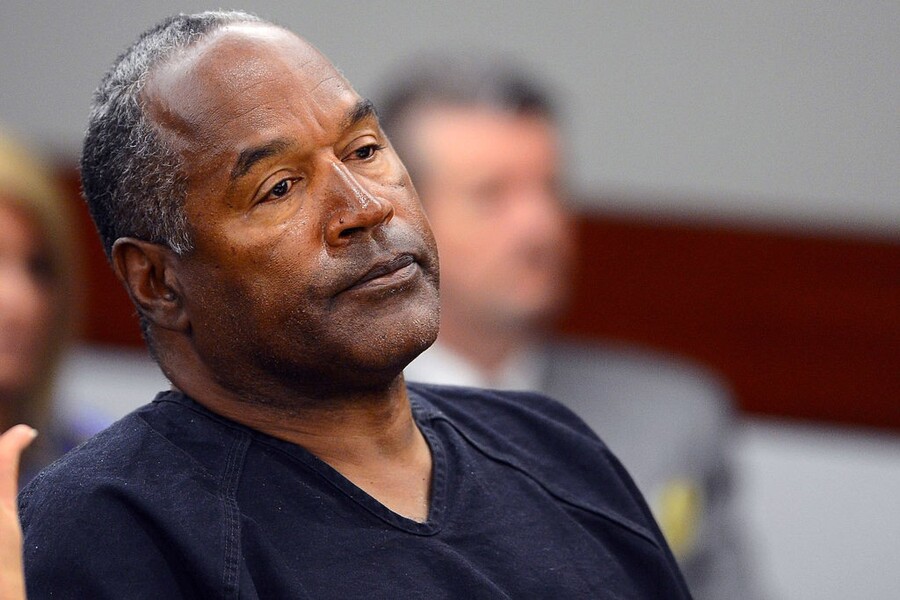 First, a very brief history lesson: In June 1994, OJ's ex-wife Nicole Brown Simpson and her friend Ron Goldman were found brutally murdered outside her condo in Brentwood California. OJ was quickly named the prime suspect then went on the most famous police chase in history. He eventually turned himself in and was tried for their murders. The criminal case took place in an LA courtroom over nine months, from January – October 1995. On October 3, 1995 OJ was found not guilty. The Brown and Goldman families then sued OJ civilly and won $33.5 million in punitive damages. 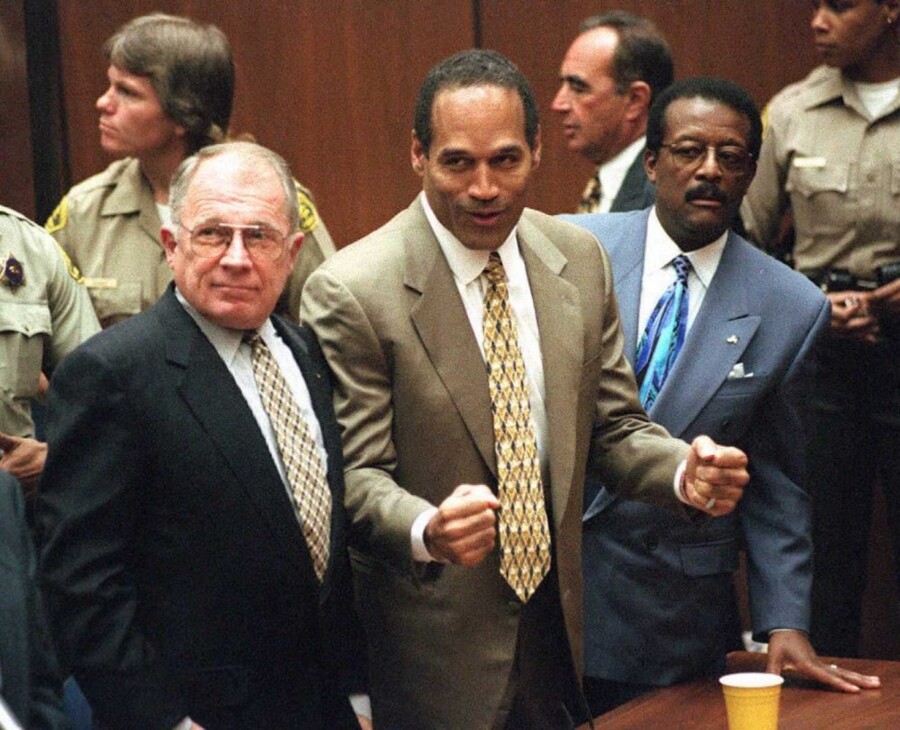 How is it possible that OJ can be found guilty after being acquitted? Criminal and civil courts have completely different laws, burdens of proof and consequences. A criminal conviction requires the prosecution to prove guilt beyond a reasonable doubt, a civil trial just needs to prove a "preponderance of evidence". In other words in a criminal trial, the government must prove beyond a doubt that the defendant is guilty. In a civil trial, the plaintiff (the Goldmans and Browns) need to show that there's more evidence of guilt than innocence. Furthermore, a criminal trial requires a unanimous decision from the jury and can result in jail time or even the death penalty, whereas a civil trial only requires a majority decision from the jury and typically results in monetary compensation.

After OJ was convicted civilly and found liable for $33.5 million, the Goldman and Brown families aggressively tried to confiscate all of his assets. Unfortunately, OJ spent the majority of his liquid assets assembling a dream team of lawyers that included the late Johnnie Cochran and the late Robert Kardashian (father of Kim Kardashian). Robert Kardashian and OJ had been close friends for years. OJ spent an estimated $8 million on his legal dream team, roughly $13 million in today's dollars. The Goldman and Brown families were also unable to cash in on OJ's infamous mansion on Rockingham blvd in Brentwood Ca, because by the end of the trial it was in foreclosure. The house, which was originally purchased by OJ in 1977 for $650,000, sold in foreclosure for $3.95 million in 1998. Today, the property is worth between $10 and $15 million. To date, the Goldman and Brown families have collected roughly $500,000 of the $33.5 million judgement, mostly from the sale of his famous white Ford Bronco, his Heisman trophy and various other personal belongings. Any paycheck OJ earns from now until his death will given directly to the families, therefore he has not worked a single paying job since 1995.

So how did OJ manage to live, day to day, between 1995 and his arrest in 2007 considering technically still owes $33 million and was unemployed? Thanks to his 10 year NFL career, many lucrative endorsements and acting jobs, by 1998 OJ was earning roughly $25,000 per month from various pensions alone. Fortunately for him, under California law pensions can not be seized by civil judgement or bankruptcy. Furthermore, in 2000, OJ purchased a house in the Miami area for $575,000 that came with a mortgage of $3,133 per month. Similar to California, under Florida law primary residences can not be touched by judgement or bankruptcy. Fast forwarded to 2013, and OJ is currently facing foreclosure on that Florida home after his daughter Arnelle apparently failed to pay the mortgage.

So that pretty much brings us up to date, but it still doesn't explain why he is back on the stand today fighting for a new trial. As I type this article, OJ is testifying in a Nevada courtroom claiming that he DID NOT bring any guns to that hotel room, that he did not kidnap anyone and that he thought he was simply retrieving a few personal items. Unfortunately, by the time his armed robbery trial began in 2008, all three of his co-defendants had taken plea deals to testify for the government. On October 3, 2008, 13 years to the day from this criminal acquittal, OJ was found guilty on all charges (robbery, kidnapping, coercion and conspiracy). He faced life in prison, but two months later he was sentenced to 33 years with parole eligibility in nine years.

Today OJ is testifying that he deserves a new trial because he was merely trying to retrieve a few personal belongings that had no value. For example, a photograph of himself with former FBI director J. Edgar Hoover, family photos from vacations and his college All-American certificate. His argument is that these were personal family belongings that were of no value to the Goldmans or the Browns and that he was merely attempting to retrieve them from a memorabilia dealer who had acquired them illegally. OJ's main claim today is that he did not break into the room and that he personally did not carry or use a weapon in a threatening way. He claims he thought he was acting in a 100% legal way and was totally unaware that anyone in his group had a gun. He claims the dealers even acknowledged that the memorabilia belonged to him and that they acquired it illegally. Immediately after the incident, OJ actually went to the police and showed them the items he took to prove it was his personal property. Part of the problem is that someone in the group allegedly stole the memorabilia dealer's cellphone which amounts to robbery. Another problem is that someone secretly recorded OJ during the confrontation sounding very angry. On the recording, OJ can be clearly heard saying:

"Backs to the wall. Walk your a$$ over there. You against the [email protected]#ing wall!"