The Final Mayweather-Pacquiao Revenue Numbers Are In!! Here's How Much Money Everyone Will Take Home.

If you've been following this story on Celebrity Net Worth recently, I have good and bad news. The bad news is Floyd and Manny won't earn quite as much as we predicted last week ($280 million and $190 million, respectively). The good news is they are still both going to take home a SHIT TON of money.

Last week, when we predicted that Floyd could earn as much as $280 million, we were basing that on the assumption that the final Pay-Per-View buy count would top 5.6 million. The actual final number? 4.4 million buys. 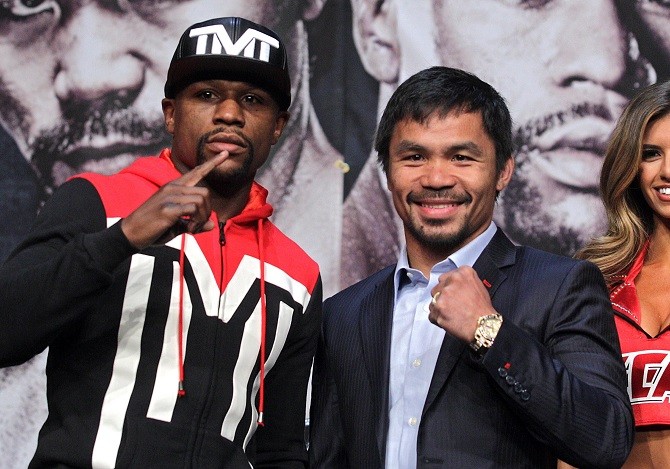 4.4 million PPV buys at $100 a pop equals $440 million in revenue. Ticket sales should add another $72 million, international syndication brought in $35 million from 175 countries. An estimated 46,000 people at various MGM properties in the US paid $150 for a closed-circuit stream of the fight. Roughly 5,000 bars paid for the premium feed. Closed circuit streams brought in a combined $13 million. Sponsorships and merchandise brought in another $13 million.

Total it all up and you've got $573 million in gross revenue.

Take out 30-40% for costs and distribution fees and you're left with $344 – $400 million in profits, which will be split 60/40 by Floyd and Manny. That translates into the following payday ranges for both fighters:

Now the big question is… Will there be a rematch? Assuming Manny is healthy enough for a rematch in the future, the numbers are just too insane to ignore. Even if they do HALF as much revenue with a rematch, you're talking about Floyd earning $120 million and Manny earning $80 million. And let's be honest, who wouldn't agree to dance around a ring for an hour without getting hit or breaking a sweat for that much money???