By Amy Lamare on January 23, 2019 in Articles › Entertainment

Gene Autry epitomized the straight shooting hero – honest brave and true in the 95 films he appeared in from 1934 to 1953. He was a singer, songwriter, actor, musician, and rodeo performer. He found fame as a singing cowboy and is credited with being one of the pioneering figures in country music. His singing cowboy films were the first to bring country music to a national audience. You may not know who Gene Autry was, but you've surely heard his songs such as Back In the Saddle Again, Rudolph the Red-Nosed Reindeer, Frosty the Snowman, Here Comes Santa Claus, and Peter Cottontail. Autry was also a savvy businessman who owned a television station, a number of radio stations in Southern California, and the MLB's Los Angeles/Anaheim Angels. Believe it or not, at the time of his death in 1998 at the age of 91, Gene Autry was worth the equivalent of $500 million. He was one of the 400 richest Americans for much of his final years.

Orvon Grover "Gene" Autry was born on September 29, 1907 on a ranch in Tioga, Texas. He was the grandson of a Methodist preacher. In the 1920s his parents moved to southern Oklahoma where he worked on his father's ranch while attending school. After graduating from high school in 1925, he worked as a telegrapher for the St. Louis-San Francisco Railway. It was while he was at work, Will Rogers heard him sing and told him he should try getting into show business.

As soon as he saved the money to travel, Gene Autry went to New York. In the fall of 1928 he auditioned for Victor Records where he was turned down reportedly because the label had just signed two similar singers. The record executive encouraged Autry to sing on the radio for experience and come back in a couple of years. He made his first radio appearance on Tulsa's KVOO in 1928 as "Oklahoma's Yodeling Cowboy." In 1929 he got a recording deal with Columbia Records. From there he worked in Chicago on WLS-AM show National Barn Dance for four years. 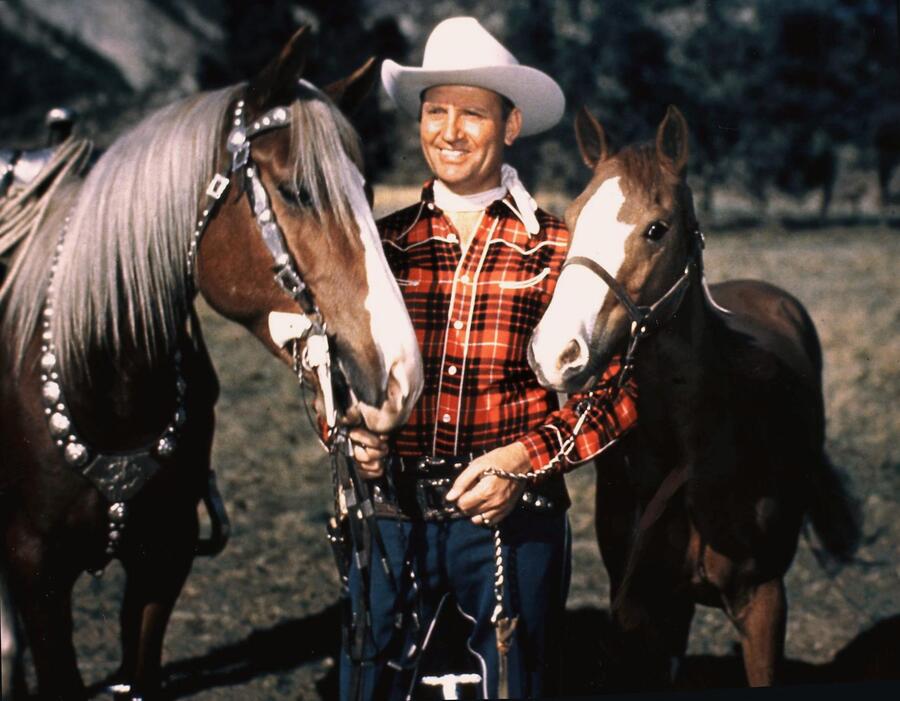 Back in the early days of Westerns, the good guys wore white hats and the bad guys wore black. Autry was always the hero on his horse Champion singing a song. He was discovered by film producer Nat Levine in 1934. He made his film debut in the 1934 film In Old Santa Fe as part of a singing cowboy quarter. In 1935, he was given the starring role in the 12-part serial The Phantom Empire. By 1940, Autry had made 57 films, all B Westerns. He largely played himself and rode his own horse Champion and sang his songs in the films he appeared in.

Despite his fame, Autry enlisted in the United States Army in 1942 during World War II. He was a tech sergeant in the U.S. Army Air Forces. He became a Service Pilot in 1944 with the rank of flight officer.

From 1950 to 1956 he appeared in 91 episodes of The Gene Autry Show on television. He is the only Western star on the list of the top 10 box office money makers to this day. Autry was a prolific songwriter and released 635 records during his career which included more than 300 songs he wrote or co-wrote. Autry was elected to the Country Music Hall of Fame in 1969 and the Nashville Songwriters Hall of Fame in 1970.

Autry retired from performing in 1956 at the age of 49 and turned his eye towards business. He eventually owned four radio stations, a hotel in Palm Springs, and a number of other properties. He also bought the rights to all the films he made for Republic Pictures.

In 1982 he sold one of his assets, Los Angeles television station KTLA, for mind-boggling $245 million – that's the equivalent of $637.5 million today! 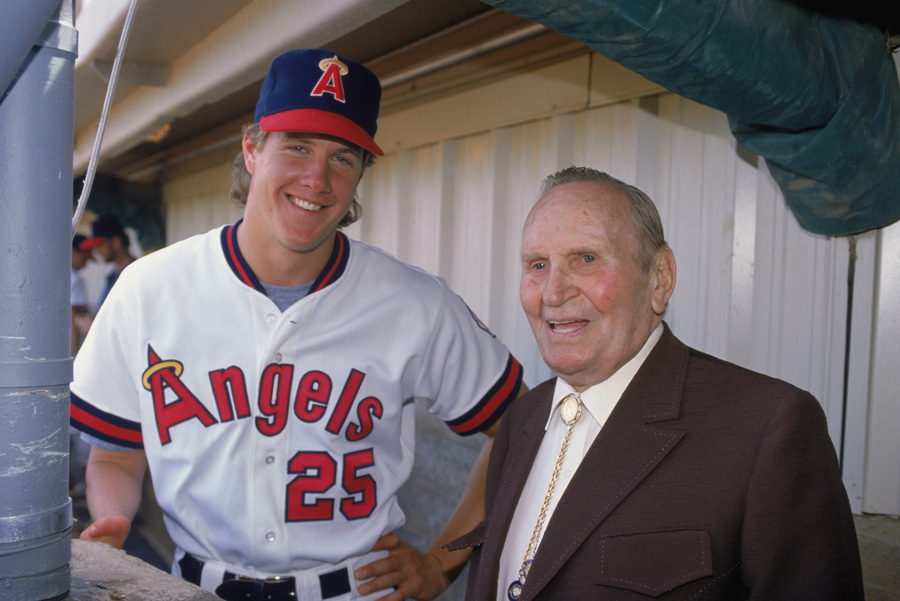 Autry was extremely passionate about baseball. So when he had the opportunity in 1960, he became the the majority owner of the American League's Angels. He owned the team until his death. When he got his star on the Hollywood Walk of Fame – he was the first country musician to do so – he spoke about his favorite team:

"There's only one day that will be bigger than this one for me, and that's when we win the World Series."

His Angels never won a World Series in his lifetime, but when they did in 2002, much of the championship was dedicated to him.

Autry's personal life was kept very private. He was married twice and had no children.

In 1991, a letter written in the 1930s resurfaced. The letter said that Autry had no future in Hollywood. The letter was written by producer Al Levoy. It said Autry needed to improve his acting. In response to the letter, Autry said: "A lot of that is true. I got better as I went along. I couldn't get any worse."

Gene Autry died on October 2, 1998, three days after his 91st birthday at his home in Studio City, California. His epitaph reads:

At the time of his death in 1998, Gene's net worth was $320 million. That's the same as around a half billion today. At the time that was enough to make him one of the 400 richest people in America.