By Amy Lamare on January 15, 2019 in Articles › Entertainment

Charlie Chaplin is best known as a pioneer of the movie industry. He was a silent film star whose career spanned 75 years. Can you imagine the insane changes that took place not just in the movie business but in society during those 75 years? Chaplin was born in London on April 16, 1889 and died on Christmas Day 1977 in Switzerland. He grew up in poverty and began working at eight years old to help pitch in with his family. His parents were entertainers in a London music hall. His childhood was difficult as his father died when he was a toddler and his mother struggled financially. When he was 14, his mother was committed to a mental asylum. Chaplin began performing at an early age. He was watching a show starring his mother when her voice cracked. He was quickly shuffled onto the stage to finish the act. From there his performance career was off and running. He toured music halls and later worked as a stage actor and comedian. It wasn't long before his signature bowler hat, mustache, walking cane, and out-turned feet became his trademark. Charlie Chaplin lived a fascinating life and at the time of his death had an inflation adjusted net worth of $400 million.

Chaplin signed to the Fred Karno company in 1908. He was 19 years old. He made his first film Making a Living, in 1914. Over the next several years, Chaplin became a big star. Chaplin refined his character Charlie the Tramp and signed with the Essanay company for $1,250 per week plus a $10,000 bonus in 1915. That bonus is about $250,000 adjusted for inflation. The following year he signed with another company for $10,000 a week and a $150,000 bonus. Under that contract, Chaplin was required to make 12 films a year, and he had creative control over those films. In 1918, he signed with First National for $1 million for eight films. In 1919 he co-founded United Artists with Douglas Fairbanks, Mary Pickford, and D.W. Griffith. This savvy move gave Chaplin control over every facet of his career. He was a global star by this point. His first hit with United Artists was The Kid in 1921. 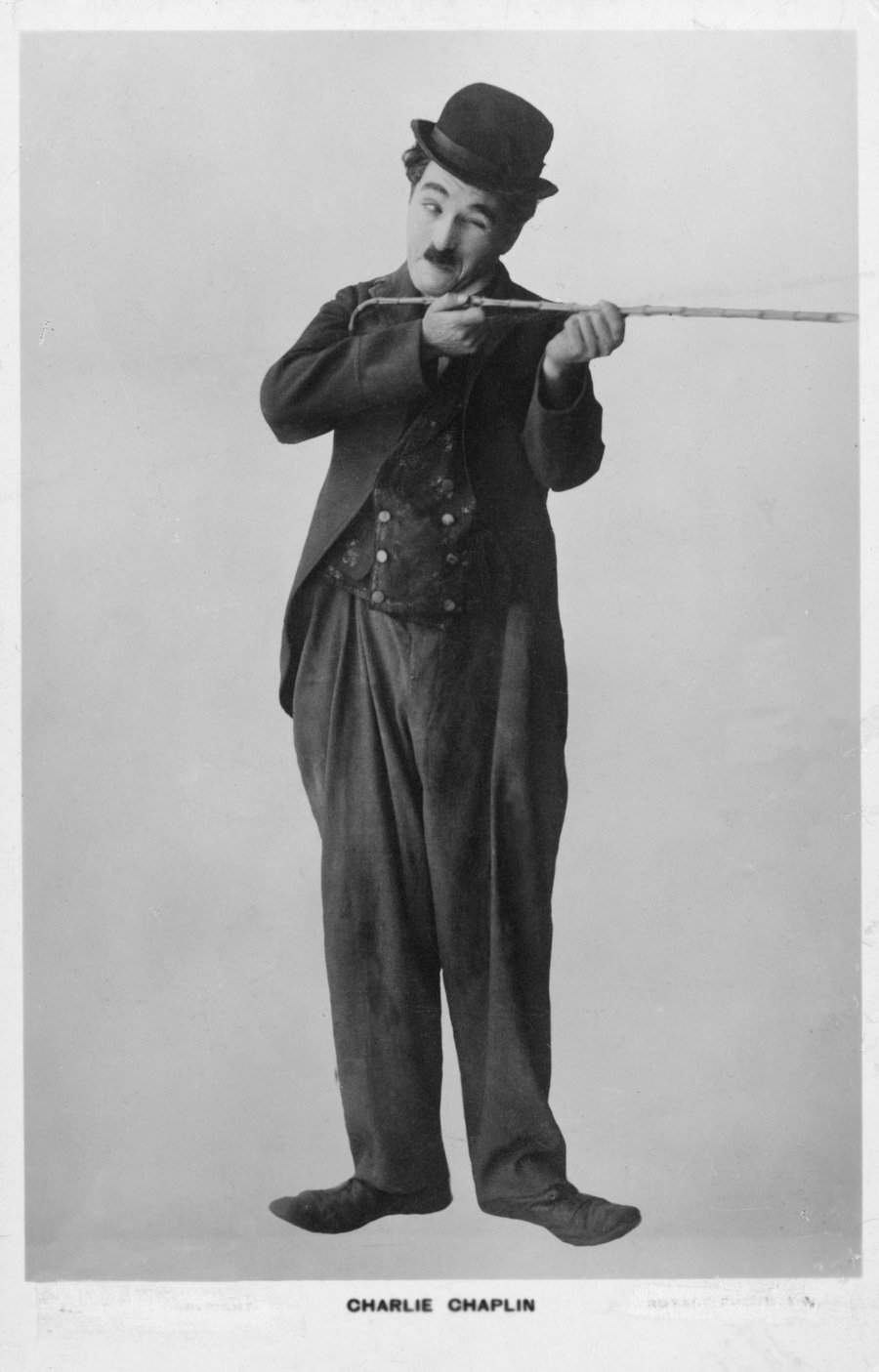 During his career, Chaplin wrote, directed, produced, edited, acted in, and scored his own films. He directed a total of eleven feature films. He received an Honorary Academy Award in 1972. Chaplin was recognized as one of TIME Magazine's "100 Most Important People of the 20th Century" for his classic comedic appeal. The London Film Museum hosts a permanent exhibition in honor of Charlie Chaplin's life and work. More than a century after his film debut, his body of work and on screen personality are still known. However, it is his life outside of film that we find particularly interesting.

In 1927, a court froze Charlie's assets as part of his ongoing divorce from Lita Chaplin. At the time his estate was valued at $16 million in 1927 dollars. That's the same as $215 million in today's dollars. He was ultimately ordered to pay Lita $1 million.

During the 1940s, Chaplin strayed from the broader comedy he was known for. He started making films that were more satirical in nature and that led to a decline in his popularity. 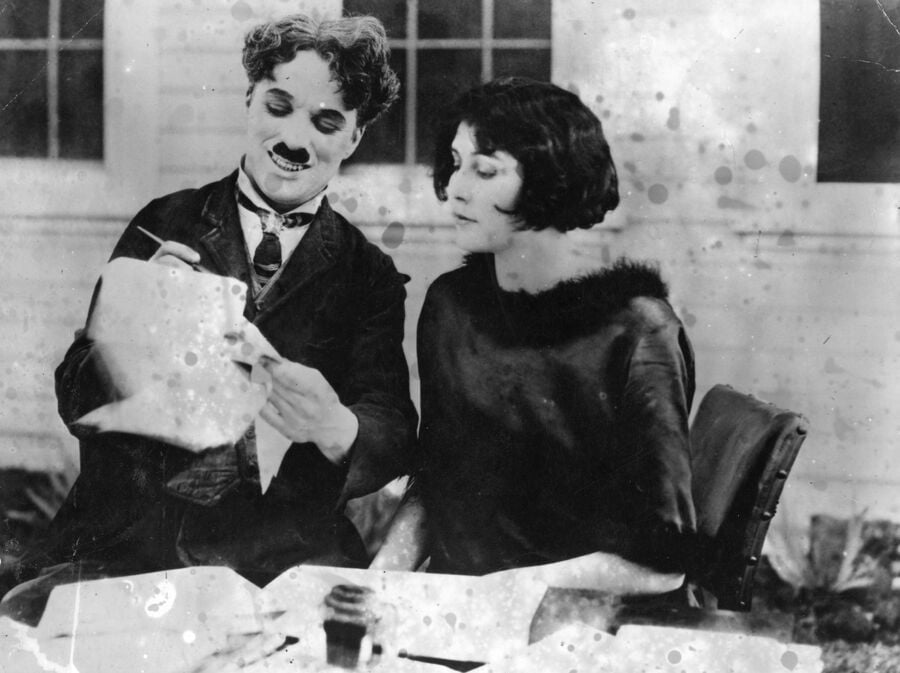 Chaplin met Oona O'Neill in 1942 when she was a 17-year-old debutante from Manhattan trying to make it as an actress in Hollywood. She was the daughter of  Nobel and Pulitzer-Prize-winning Irish-American playwright Eugene O'Neill. At the time, Chaplin was a 53-year-old womanizing Hollywood legend. He was in the midst of a nasty divorce from his third wife, actress Paulette Goddard and a paternity suit from another woman. When Oona turned 18 in 1943, she and Chaplin married. As you can imagine, people were skeptical about the marriage lasting due to the age difference. But it did last – for 34 years until Chaplin's death. Oona and Chaplin had eight kids. Their Beverly Hills estate was the social hub for the Hollywood set.

And then Senator Joseph McCarthy's House Un-American Activities Committee set their sights on Charlie Chaplin. In 1948, Chaplin's name appeared on the FBI's infamous Security Index. He was blacklisted in Hollywood alongside hundreds of other suspected communists. Chaplin was not a communist nor a communist sympathizer. When he testified before Senator McCarthy's committee, he said:

In 1952, while sailing aboard the Queen Elizabeth on their way back to his native England for the first time in more than 20 years, Chaplin received a telegram. It said that he would not be allowed to return to the United States unless he agreed to appear before an immigration official to answer to charges of political and moral turpitude. Basically, U.S. authorities thought he was a communist and an adulterer – two very bad things to be in 1950s America.

Chaplin, his wife and four children were on their way to London for the world premiere of his latest film. Like so many in Hollywood at the time, Chaplin was sick of being the target of communist allegations from Senator McCarthy during his notorious witch hunt. After receiving the telegram Chaplin decided he would not be going back to the United States. There was only one problem – his vast fortune was in the U.S. He also had more than a million dollars buried in his backyard in Beverly Hills. He turned to his wife, Oona, who was an American citizen to solve the problem. 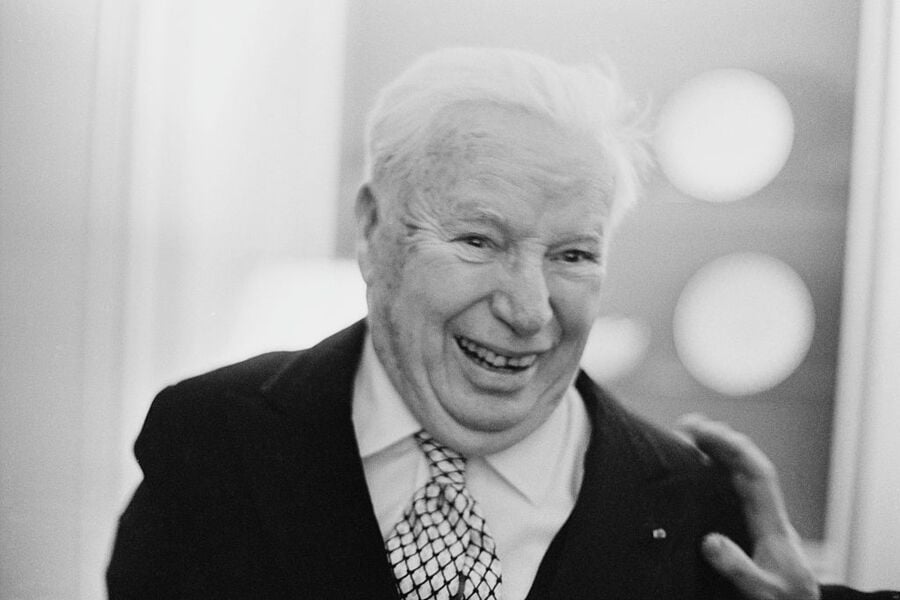 Even though Chaplin's decision aboard the Queen Elizabeth seemed spontaneous, he had been planning for the possibility of leaving the U.S. for months. He made his wife a cosigner on all of his bank and financial accounts in the U.S. This enabled Oona to return to the U.S. later that year under the guise of visiting her sick mother. She was really in the U.S. to settle their affairs and pack up their home. This included picking up a shovel and going into her backyard.

When Chaplin earned his first million dollars in the U.S., he buried it in his yard under a tree. With the kind of poverty Chaplin came from, knowing that he had that kind of money within quick reach was comforting. Chaplin had told Oona to dig up the buried cash and turn it into $1,000 bills and sew them into the lining of her mink coat. She wore that mink coat on her return to England.

Charlie and Oona had settled in Switzerland after their decision not to return to the U.S. They lived there for the rest of their lives. Chaplin returned to the U.S. once, in 1972, to accept an honorary Oscar for his role in "making motion pictures the art form of this century." He was 82 years old and when he accepted his Academy Award, he received a 12 minute standing ovation, which remains the longest in the history of the Academy Awards.

The exact value of Charlie's estate when he died was difficult to nail down since it was held in Switzerland. However, when he died in 1977 it is known that he left at least $100 million to Oona. That's the same as $415 million after adjusting for inflation.