By Joseph Gibson on August 23, 2018 in Articles › Entertainment

For a long time, only one album has occupied the very peak of commercial success, and many believed that thanks to changes in the music business nothing would ever topple its dominance. It's Thriller by Michael Jackson, the massive cultural phenomenon that's certified 33x platinum with 33 million total units sold and streamed. But contrary to that record's title track, it appears that there is at least one group of mere mortals who can resist the evil of the Thriller: The Eagles, whose greatest hits compilation Their Greatest Hits 1971-1975 is now certified 38x platinum by The Recording Industry Association of America.

Don Henley of The Eagles delivered a typically inspired statement to the press on his band's achievement:

"We are grateful for our families, our management, our crew, the people at radio and, most of all, the loyal fans who have stuck with us through the ups and downs of 46 years. It's been quite a ride."

Their Greatest Hits 1971-1975 was first released in 1976 and has become something of a ubiquitous cultural object in the decades since. The RIAA last tabulated its sales and streaming figures in 2006, when it was certified 29x platinum, while Thriller's figures were updated only last year. It's not known whether news of this upset might provoke a slew of Michael Jackson fans to buy and/or stream his masterpiece all over again and allow him to retake the top spot, but such a scenario certainly isn't impossible. 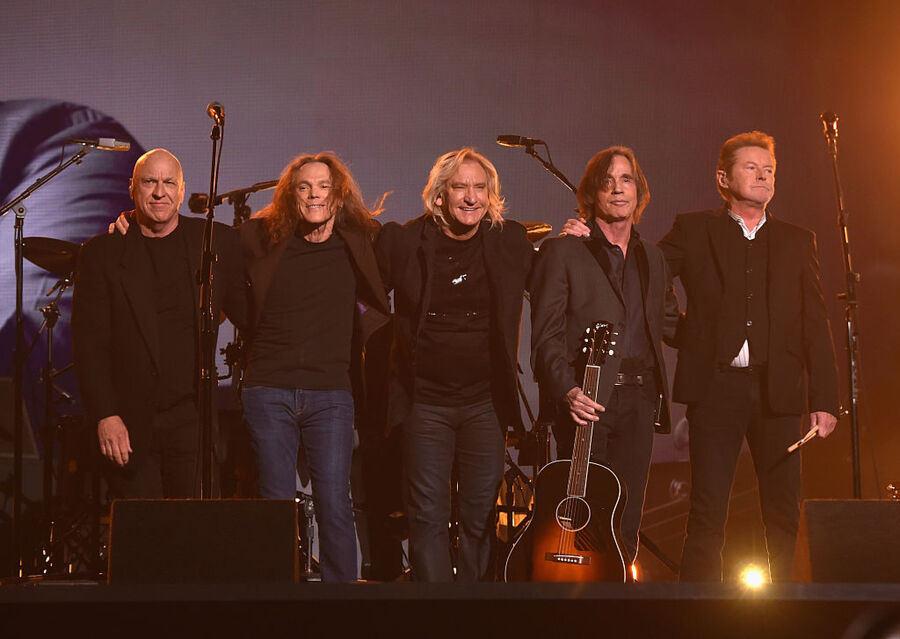 The RIAA changed the way it calculates album sales in 2013, when it began factoring in streaming figures on platforms like Spotify and YouTube into its certifications. Today, 1,500 streams of an album comes to one sale, while ten downloads of a particular song equals a sale of the album on which the song appears.

The Eagles got more good news from the RIAA, as their 1977 studio album Hotel California is certified 26x platinum and is right behind Thriller in its place as the third best selling album of all time.