The Durst Family – How Did This Real Estate Empire Come To Be And Exactly How Rich Is Robert Durst Today?

By Brian Warner on March 18, 2015 in Articles › Entertainment

For the last three days, I have been trying so hard to avoid every headline on Facebook and Twitter and basically every website on the internet that contained the words "Robert Durst," "the Durst family" and "The Jinx." I couldn't take it anymore, so last night I closed the lid on my computer, put my phone on silent, ordered takeout, and powered through the final three episodes of the gripping HBO documentary. Holy crap. That's all I'm gonna say so I don't spoil anything for anyone. If you haven't watched The Jinx yet, do yourself a favor and check it out ASAP. You're gonna want to be informed as this insane story continues to play out. It's six episodes on HBO.

I'm not spoiling anything by saying the documentary revolves around a creepy/crazy old millionaire named Robert Durst, who has been suspected of several murders between 1980 and 2000. What makes this story especially tantalizing is that Robert happens to come from one of the wealthiest and most powerful families in New York. Even if you haven't seen The Jinx, The Durst family history is a fascinating and inspirational rags to riches tale. Let's explore how this multi-billion dollar real estate empire and one crazy old (alleged) murderer came to be…

The Durst family story starts with Robert's grandfather, Joseph Durst. Joseph Durst was born in 1892 to a Jewish family living in Austria-Hungary. He moved to the United States in 1902 with just three dollars in his pocket. Upon arriving in America, Joseph got a job as a tailor. Within a decade he became a partner in a dress manufacturer that was renamed Durst & Robin. The business was successful and threw off enough profits that Joseph was able to make some small real estate investments on the side.

In 1915, Joseph purchased his first building, the Century Building located at One West 34th st. In 1926, he bought a Jewish Temple located at 5th Avenue and 43rd, demolished it and built a large commercial building in its place.

He was hardly a dressmaker anymore! In 1927, Joseph officially formed the Durst Organization.

Between 1929 and 1970, the Durst Organization acquired a number of prominent buildings in Manhattan. In the late 50s and early 60s, the company started to transition from real estate management to development and construction.

Joseph died in 1974, at which point his son Seymour (Robert's father) took over.

The value of New York real estate crashed in the 1970s, but the Durst Organization had almost no leverage and lots of cash. So they went on a small spending spree, buying up properties at rock bottom prices. When the market recovered, the Dursts emerged as one of the most powerful families in New York real estate. 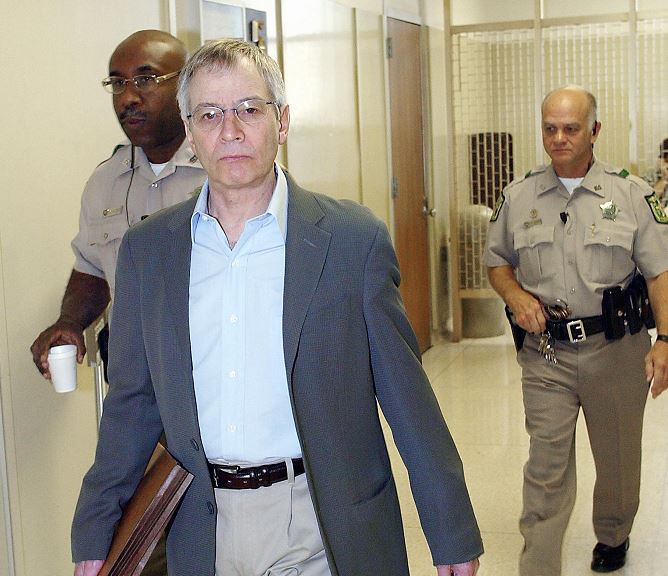 Seymour was a vocal critic of government overspending and over-borrowing. So much so, that in 1989 he spent $100,000 of his own money to build and install a billboard-sized electronic counter of America's national debt in real time. He installed the "National Debt Clock" on one of the Durst buildings. You've probably seen this clock in countless movies and TV shows. When the clock went up in 1989, the national debt was $2.7 trillion. Today the national debt is $18.1 trillion. At some point along the way, a new clock had to be built to accommodate the extra digits.

Seymour had four children, but for the purposes of this story, the only two you need to know are Robert Durst and his YOUNGER brother Douglas Durst. Also FYI – Seymour's wife killed herself at the age of 32 in 1950 by jumping off the roof of the family house in Scarsdale, NY. In The Jinx, Robert claims to have witnessed his mother's death first hand. Douglass has said that this is impossible.

As the eldest son, Robert was first in line to inherit the throne. Both brothers worked in the business for over two decades between 1970 and the early 90s. Yet for some reason (that is not explained in the documentary or anywhere else), in 1994, Seymour appointed baby brother Douglas as head of the Durst organization.

Robert was furious and immediately stormed out of the family business. After Seymour died in 1995, Robert launched a lawsuit seeking a larger share of the family fortune. The lawsuit waged on for over 20 years. Throughout it all, Robert was paid $2 million per year from the family trust fund.

Finally in 2006, Robert and the Durst family reached a settlement. Robert was paid a one time lump sum reportedly in the $60-$65 million range.

Today the Durst Family, headed by Douglas, is worth $4.4 billion. 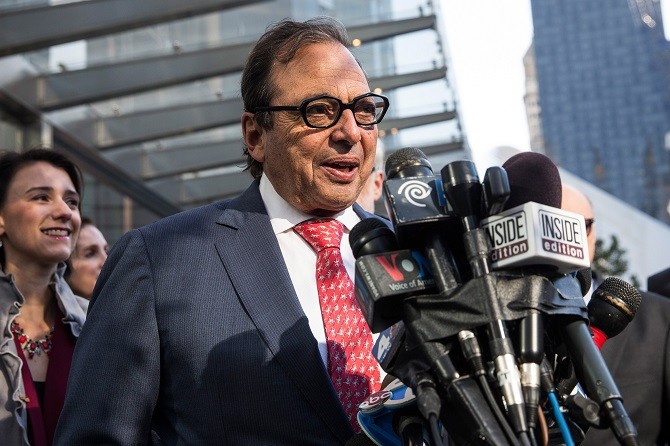 Robert made some real estate investment moves of his own over the last few decades. He bought properties in the Carrol Gardens and Williamsburg sections of Brooklyn. Just last year, he reportedly flipped two of his properties for a $12 million profit. In 2011, he purchased a $1.75 million townhouse in Harlem where he has lived for most of the last several years.

Robert has also spent a lot of money. He spent at least $1.2 million defending himself in the Texas case that kicks off The Jinx documentary. Who knows how much else he spent on lawyers over the last 30 years, dating back to his first suspected involvement in a crime. And who knows how much he's going to have to spend on what is surely an upcoming new trial…

So that's the story of the Durst family. Why is it that vast amounts of money and power tend to tear families apart and bring people's inner crazy? I hope to find out firsthand someday. Kidding!