The Dark Side Of Celebrity Fashion Lines

By Amy Lamare on August 20, 2016 in Articles › Entertainment

Last month, Ivanka Trump wore a dress from her own clothing line when she introduced her father at the Republican National Convention. Afterwards, she tweeted a picture of her walking across the stage with a link to buy the dress. This backfired a bit, as the twitterverse was quick to point out that Ivanka's dress was not made in America. With Donald Trump traveling coast to coast, vowing to "Make America Great Again," Ivanka's sweatshop dress sent the wrong message.

However, it isn't just Ivanka's clothing line that has dubious origins. Celebrity-endorsed clothing lines fall under the umbrella of "fast fashion," an industry not known for its stellar working conditions for seamstresses. In fact, it would be hard to trace the origins of most celebrity fashion lines. It is safe to say that, however involved Ivanka is in her brand, she probably doesn't have much idea exactly where and how her products are made. 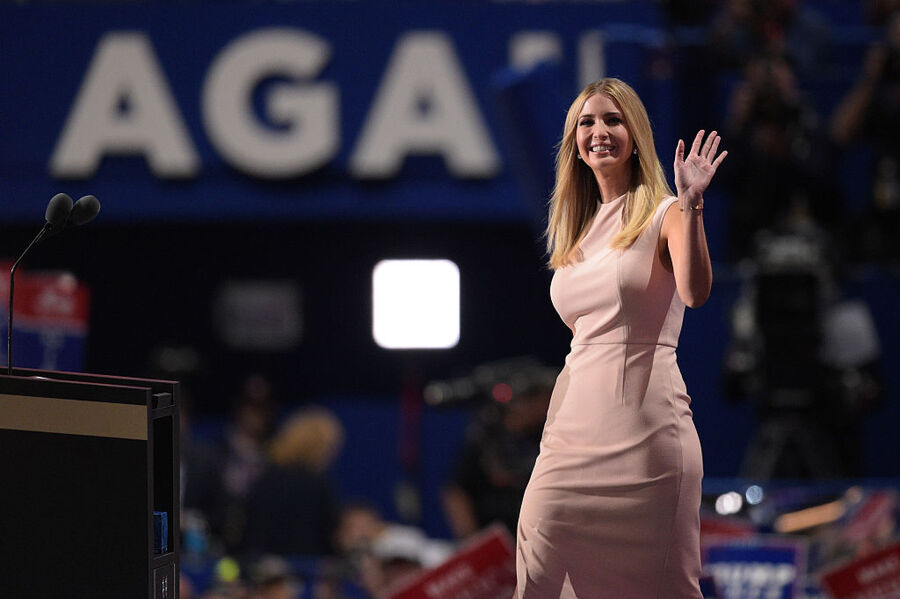 Ivanka Trump's clothing line is made by G-III, a company which also produces lines under for Jessica Simpson and Calvin Klein's brands. Make no mistake, no matter whose famous name is sewn into those clothes, the celebrity has little to no involvement in the design or production of the clothing. In the case of Ivanka, her deal with G-III is a licensing agreement. G-III sells clothes under the Ivanka Trump brand and she gets a cut of the profits.

Ivanka isn't the only famous person to parlay her fame into a clothing line. Take a look around Macy's, Nordstrom, Bloomingdales, even Kohl's, K-Mart, and Target, and you will see a proliferation of clothing lines branded with a celebrity name. Jessica Simpson, Jennifer Lopez, the Kardashians, Jacklyn Smith, Kathy Ireland, and Kathie Lee Gifford all either sell or have sold affordable, mass market clothing lines under agreements similar to Ivanka Trump's.

With a licensing agreement, it is highly doubtful that Ivanka (or any other celebrity) has visited the factories where her garments are made. However, that should not absolve her from making sure that those factories have safe working conditions.

Beyoncé learned this lesson the hard way recently when her Ivy Park line was found to be paying the people who make the clothing despicably low wages. Ivy Park is manufacturing and selling Beyoncé's line. While Topshop MUST know that the line is made in Sri Lanka, Beyoncé may not have necessarily known that. Why is this significant? Because MAS holdings pays the workers sewing $265 bodysuits less than $126 a MONTH. The workers at MAS also have no freedom to unionize in an effort to demand higher pay.

Is it fair to hold celebrity clothing lines to a higher standard than the fast fashion of Forever 21, H&M, and Zara? Perhaps not, but celebs like Ivanka and Beyoncé have a voice and both regularly call for equality. Shouldn't that equality include the men and women (and sometimes children) who make their clothing? Shouldn't those people be guaranteed safe working conditions and a living wage no matter what?

Does it seems fair to hold these "cause célèbre" lines to a higher standard than the Ivanka Trump line, a generic label or even H&M? Of course, we want all garment workers to be paid a living wage and work under safe conditions no matter for whom they produce?

The unfair labor practices of the garment industry are not a new thing, but by now, there is just no excuse not to know how and where a clothing line is made, especially when a celebrity's name is attached. While Ivanka is building a $100 million business on the strength of her licensing deals and Beyoncé is hawking those nearly $300 body suits, workers in third world countries are living in abject poverty while producing their lines. Celebrities have a voice and a platform and could stand up and demand change in this arena. Instead, they just cash the checks and stick their heads in the sand.