The CEO Of GameStop Is Stepping Down And Cashing Out

By Brian Warner on April 26, 2021 in Articles › Entertainment

George Sherman has been the CEO of GameStop for exactly two years. When he was appointed in April 2019, he was the company's fifth CEO in the previous two years. If you strip out the insanity of the last few months, George's tenure as CEO has been arguably dismal. Revenue tanked and the stock price was decimated as hundreds of million of dollars in losses mounted. His reward for two years of arguably dismal service? Potentially a very large (and slightly incomprehensible) fortune.

Prior to taking the top job at GameStop, George Sherman had an extremely respectable, but not exactly world-changing business career. He basically has exactly the resumé you'd expect for the kind of person who would ultimately be offered the opportunity to run a publicly-traded video game retail corporation on a death march.

That's when he landed at GameStop.

When George took the GameStop top spot (say that 10 times in a row fast), he was given a base salary of $1.1 million AND 2.3 million company shares.

The stock grant instantly made Sherman one of the company's largest individual shareholders. If he stayed with the company for the full vesting period, he would eventually own around 2.4% of the company's total outstanding shares. 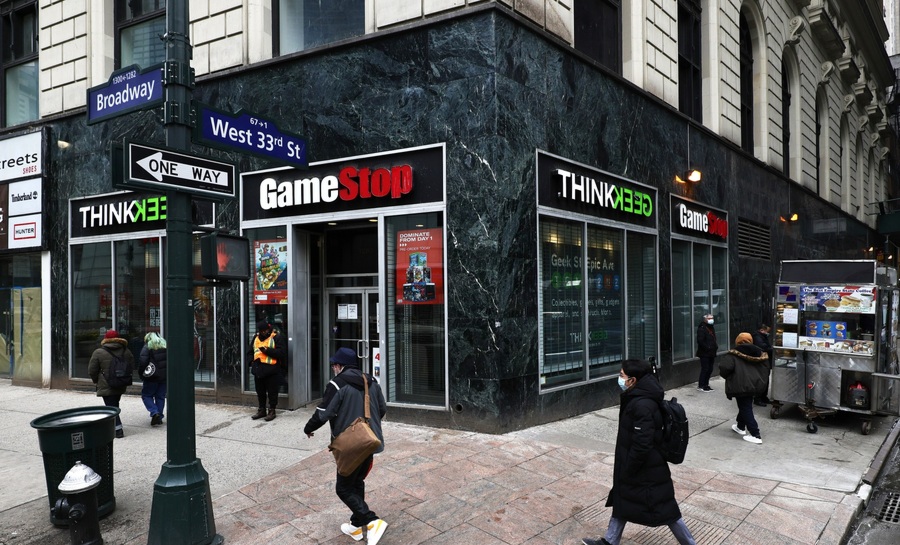 On the day his stock grant was announced, GME was trading at around $10 a share, so that grant was worth $23 million.

A year earlier, GME was trading at around $15.

How did George do in his first year on the job?

Judging by the stock price, not great.

Six months after being appointed CEO, the stock price had fallen by more than half to under $5 a share.

Around George's one year anniversary of taking over as CEO, GME was trading at less than $3 a share. That's a 70% drop in shareholder value from the day he took office.

The company's revenue declined 20% in George's first year as CEO, and ANOTHER 20% in his second year. During his two years as CEO, GameStop lost nearly $700 million.

Prior to 2021, GameStop was one of the most-shorted (bet against) stocks on the American public markets. People were predicting the company's ultimate demise even before COVID shut down most malls in the US.

As we all know, 2021 has kind of been the year of GameStop, at least in terms of financial news. Below is a chart of GameStop's stock price during George Sherman's tenure as CEO: 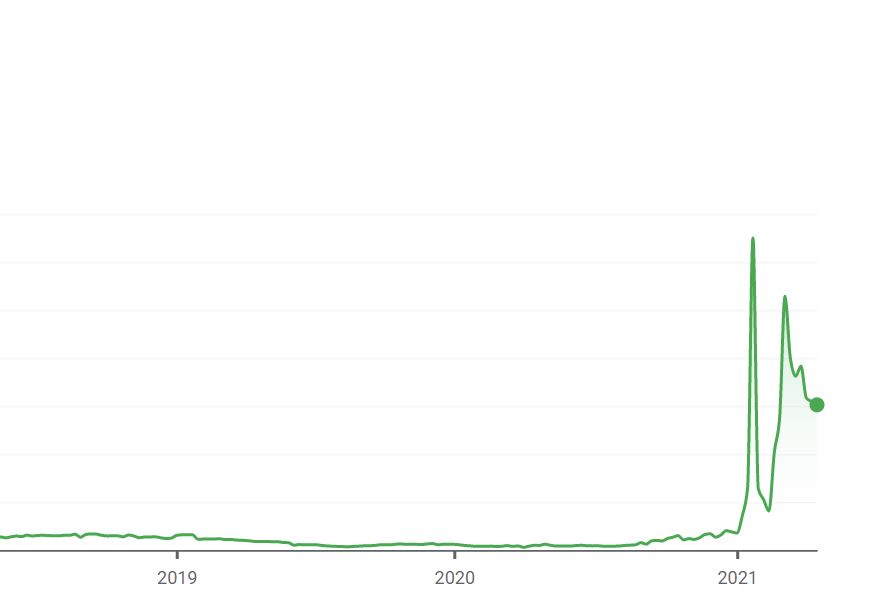 After hovering around $4 for much of 2020, the stock jumped to $5 in August then $10 in September. In November the stock hovered around $15.

At that momentary $483 high, George's 2.3 million shares were worth:

That's right. George Sherman was briefly a member of the billionaires club.

When that trading day ended and GME closed at $347, his shares were worth:

Imagine how George must have felt at the time. Just a few months earlier, his paper net worth was around $7-8 million. Call it $3-4 million after taxes. Not enough to buy a house in most nice upscale zip codes. Then, in an instant, he's a paper billionaire. Most smart money presumed GME would soon be right back down to $3-4 per share, wiping Sherman's fortune away.

What was George to do?

Could he even legally sell his shares? Would he need to step down in order to sell? What was the legal line that would allow him to benefit somehow from GameStop mania while fulfilling his fiduciary duty to the shareholders?

We now know his exit strategy.

Stepping Down and Cashing Out

It was just announced that George Sherman will step down from the company by July 31.

He will walk away a total of 1.1 million shares of GameStop. He is giving up $5 million in future cash compensation and roughly half of his one-time 2.3 million share grant.

A regulatory filing on April 16 showed that Sherman had actually sold $12 million worth of shares to cover tax obligations. A few days earlier it was also revealed that he forfeited 587,000 shares after not meeting some performance targets.

But he'll still walk away on July 1 with 1.1 million shares.

I don't know this as a 100% fact, but it's my strong assumption that George can't sell the vast majority of his shares until after he steps down, aka after July 31. As CEO, he obviously still has lots of non-public info about the company and likely has a fiduciary duty not to flood the market with a massive amount of shares for sale.

Between now and July 31 (and maybe a bit longer) he might use a 10b5-1 plan to methodically sell some of his stares. A 10b5-1 plan is used by CEOs and other high-level executives sell shares in a way that avoids accusations of trading on inside information. Under this plan, a specified number of shares are automatically sold on predetermined dates. For example, a CEO might sell 10,000 shares every month on the first of a month as long as the shares are above $X price per share.

It would be my understanding that the moment George is no longer an executive at GameStop – July 31 – he could be clear to dump his full stake. July 31 is a Saturday so in theory Monday, August 2 would be his first opportunity to sell. That's exactly 98 days from today… 98 nail-biting days for George Sherman.

If we hear of any major insider GameStop stock sales, we'll keep you posted!