By Amy Lamare on September 23, 2020 in Articles › Entertainment

Tyler Perry is the hardest working person in show business. No one can really debate that. It isn't a stretch to say that he's done more to diversify television and film than anyone else. He got his start touring the country with his play "I Know I've Been Changed," which got him the attention of Oprah Winfrey. Still, Hollywood 20 years ago didn't know what to do with his stories of life in black families living in black communities. So Tyler retreated to Atlanta, rented some studio space, wrote some scripts, and made 10 episodes of a television show. In the business, they call it a "spec television series," in that it is speculation that it will it sell and why doesn't it have a distributor yet? One thing Perry has going for him is ultimate faith in his creations. One thing this series had going for it was being in the right place at the right time.

It was 2006. Two of the smaller networks, UPN and WB, were struggling. They merged to form the CW network and they needed content. Perry, armed with 10 fully-shot, produced, and ready-to air-episodes of a television show headed to Hollywood to do a deal. The CW bought the series and aired it as "House of Payne," a show about three generations of a black family led by patriarch Curtis Payne and his wife Ella as they dealt with true-life struggles with love and faith. The network didn't really expect much from "House of Payne" when it started its run on the CW on June 21, 2006. The show was a hit. The show was not just a hit but it generated such unexpectedly high ratings for the brand new network that it caught the attention of another network: TBS. 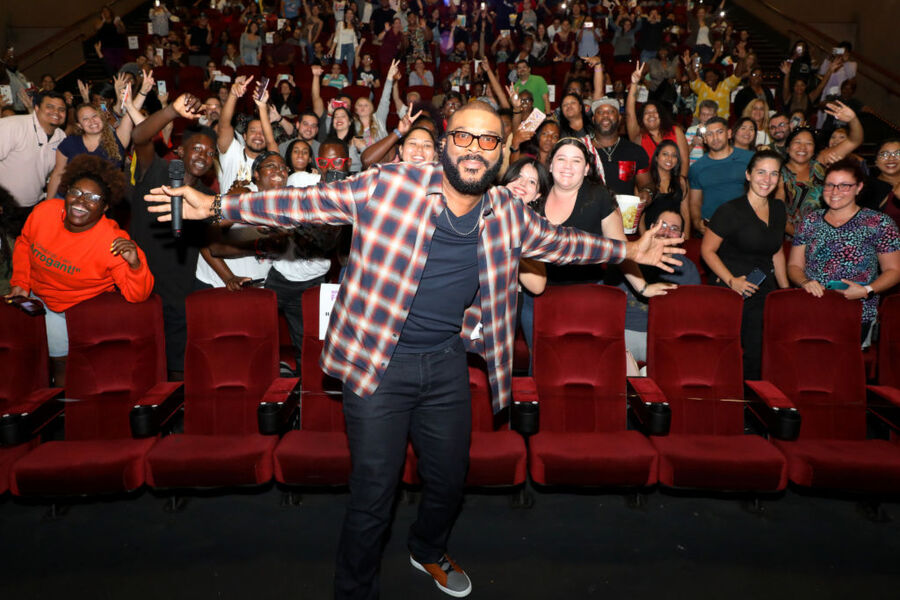 The 10-episode first season of "House of Payne" concluded on the CW. TBS came courting Perry and signed him to a 90-episode commitment to move "House of Payne" to TBS. They paid him $200 million to lure him from the fledgling network. "House of Payne" ran for eight seasons total, with seven of them on TBS. The show set a cable record for sitcoms with 5.2 and 5.8 million viewers for the first two episodes of the second season (the first on TBS) in June 2007. Perry famously only spent $60 million making those seven seasons of the show. He kept the remaining $140 million for himself.  The last episode of "House of Payne" on TBS ran on August 10, 2012. The series concluded with 254 total episodes, more than double the 100 episode threshold for syndication. "House of Payne" has significantly more episodes than any other series with a predominantly black cast.

In late January 2017, "The Paynes," a spin-off series, was picked up by the Oprah Winfrey Network. The series focused on Ella and Curtis Payne as the enjoy retirement in Florida. It premiered in early 2018 and ran for 38 episodes.

Then, in 2019, Perry entered into a deal with BET to launch the network's streaming service BET+. The network became the home of Perry's films, television series, and stage plays including the popular Madea series of films, "House of Payne," and "Meet the Browns."

Tyler Perry is one of the most, if not the most, prolific content creators in the film and television industry. He's on his way to joining the billionaire's club in the not so distant future, with a current net worth of $800 million.