The Amazing Life Of Gloria Vanderbilt

You know those designer jeans you love so much? You have Gloria Vanderbilt to thank for them. Yes, that Gloria Vanderbilt – Anderson Cooper's mom. But back in the 1970s, she was the forerunner of the designer jeans trend. Suddenly people were saying no to their trusty Levi's and paying more for Vanderbilt's stylish, spendy jeans. As we all know by now, Gloria Vanderbilt died recently at 95, just one week after being diagnosed with cancer. She had a fascinating life. She was born wealthy – yes, she is one of THOSE Vanderbilts – the insanely wealthy family of the Gilded Age. She was a socialite, model, actress, poet, author, painter, and fashion designer. She was the original "poor little rich girl." Let's take a look at the life of this amazing woman.

Gloria Laura Vanderbilt was born in New York City on February 20, 1924. She was the only child of railroad heir Reginald Claypool Vanderbilt and his second wife, Gloria Morgan. Her father died of cirrhosis when she was 18 months old and she and her half-sister Catherine inherited a $5 million trust fund – which is equivalent to $71 million today. Her mother, who was just 21 when she was widowed, controlled the rights to Gloria's half of the trust fund while she was a minor and used the money to live a jet setting lifestyle between Manhattan and Paris, taking Gloria, her nanny "Dodo," and her mother's identical twin sister Thelma with her. Thelma was the mistress of Edward VIII, the Prince of Wales at the time. It was Thelma who introduced Edward to Wallis Simpson, the woman he would give up the throne to marry. Due to her mother's spending habits, Gloria's paternal aunt, Gertrude Vanderbilt Whitney (yes, THOSE Whitneys) and her maternal grandmother Laura Morgan sought to have young Gloria removed from her mother's custody. Gertrude fought for custody of her niece, and thus the right to control her half of the trust fund. 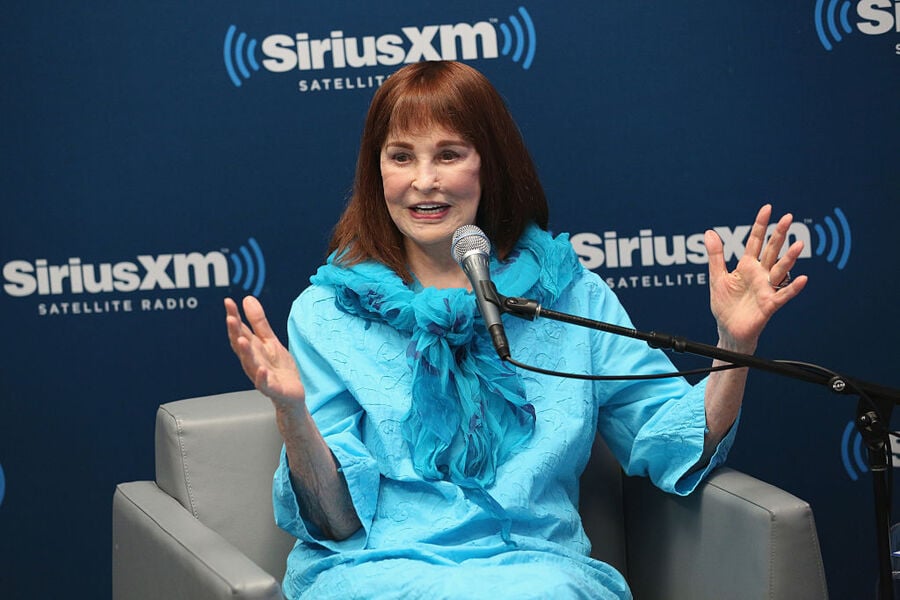 The railroad heiress was 10 when the sensational custody battle began. It gave Depression-era America a window into the lives of the fabulously wealthy. The press dubbed Vanderbilt the "poor little rich girl." The trial was so scandalous that at times, the judge made everyone leave the room so that young Gloria could say what she needed to say without anyone influencing her. Testimony was given that depicted Vanderbilt's mother as an unfit parent. Lurid testimony captured the attention of the nation during the two month trial. Gloria's mother was called a cocktail crazed dancer, a fan of erotica, and the mistress of a German prince. A maid testified that Gloria's mom had a lesbian affair with a member of the British royal family. Gloria's beloved nanny "Dodo" testified that Gloria's mother was up carousing at all hours with a film actress, said that her lovers often spent the night, and that magazines with photos of nude men and woman were tossed carelessly around the house. When it was Gloria's turn to testify, she told the judge she had been lonely in her mother's care and wanted to live with her aunt Gertrude.

In the end, Gloria's mother lost custody of her and Vanderbilt went to live with her aunt Gertrude. Vanderbilt was raised at her aunt's luxurious mansion on Long Island with cousins her own age.

During her childhood with her aunt, Gloria's mother was forced to live off a drastically reduced portion of her daughter's trust fund. When Gloria came of age and took control of her trust fund, she cut her mother off completely.

At 15, Gloria started modeling, appearing in the pages of Harper's Bazaar. At 17, she dropped out of school and ran away to Beverly Hills to be with her estranged mother.

She married for the first time at 17, to agent Pat di Cicco, a gambler with a temper. In her 2004 memoir, she wrote that the marriage was: "like walking on a tightrope, never knowing what would set him off on one of his violent spells when for no apparent reason he'd turn and vent his anger on his longing-to-please, docile wife."

She divorced di Cicco in 1945 and the following day, 21-year-old Gloria eloped with composer Leopold Stokowski. He was 63. They had two sons and were married for a decade. During that marriage Gloria had a nervous breakdown and started painting, writing poetry, and acting.  She left Stokowski at 30, when she was working as a stage actress and having a fling with Frank Sinatra.

In 1956, Gloria married director Sidney Lumet. That marriage ended in 1963. That same year, she married Wyatt Cooper, a screenwriter and magazine editor. He was Gloria's soulmate. They had two sons, Carter and Anderson. Wyatt died at age 50, in 1978, of a heart attack.

In 1976, at the height of the disco craze, Gloria launched a line of designer jeans. She was inspired by the Italian jeans she had been wearing and felt the U.S. market was lacking in good fitting jeans. Her jeans featured her signature embroidered on the back pocket with her swan logo. They were tighter than other jeans of that era and were an immediate success with customers. Through her line of jeans, Gloria Vanderbilt ended up making her own fortune. She made $10 million from her jeans in 1980 alone.

In 1988, Gloria's son Carter Vanderbilt Cooper, who had been struggling with his mental health, jumped to his death from the terrace of the family's 14th floor apartment. It was never clear whether it was a suicide or a side effect of a medication that caused a psychotic episode in him. He was 23.

After the death of Wyatt Cooper, Gloria was in a romantic relationship with photographer and filmmaker Gordon Parks for many years until his death in 2006. She had notable relationships with Marlon Brando, Howard Hughes, Frank Sinatra, and Roald Dahl.

Throughout her life, Vanderbilt was a socialite. It is said that Truman Capote may have modeled the character of Holly Golightly in Breakfast at Tiffany's on Gloria Vanderbilt.

At the time of her death, Gloria Vanderbilt had a net worth of $200 million. She is survived by her sons Anderson Cooper, Stan Stokowski, and Christopher Stokowski as well as three grandchildren.