The 2020-2021 NFL season isn't underway yet, of course, as it's only April! However, with the COVID-19 pandemic, no one, not even Roger Godell, is sure if it will begin on time when it will begin, or if it will begin at all. Fingers crossed that the world has this virus beat by August so we can get our football fix from both the NFL and NCAA. Not only that, but there are also some fat NFL quarterback contracts out there and the guaranteed money of the 10 highest paid quarterbacks is pretty insane!

Consider the fact that NFL contracts are not all that player-friendly. Fully guaranteed contracts are nearly non-existent. The average NFL career only lasts three years as well, so it can be hard to make a lot of money—as we know from all the stories of former professional football players that are broke after their NFL career ends. If you're a quarterback, the chance of a guaranteed contract and making good money are an easier proposition, as you can see from the 10 quarterbacks below. From Matt Ryan to Tom Brady, these athletes will take home a guaranteed amount ranging from $50 million to $94.5 million from their current contracts.

Tom Brady comes in 10th on the list of the richest NFL quarterback contracts with the $50 million he's guaranteed to make with his brand new two-year contract with Tampa Bay. Speaking of Brady, it's going to be weird seeing him in a Buccaneers jersey and how long will it take Pats fans to get over losing their golden boy? The Atlanta Falcons' Matt Ryan has the richest contract of any NFL quarterback. He earns $30 million a year and is guaranteed to make $94.5 million on his current five-year contract, which started with the 2019-2020 season.

There are a lot of familiar names on the list of players with the richest NFL quarterback contracts, so let's dive right into it. 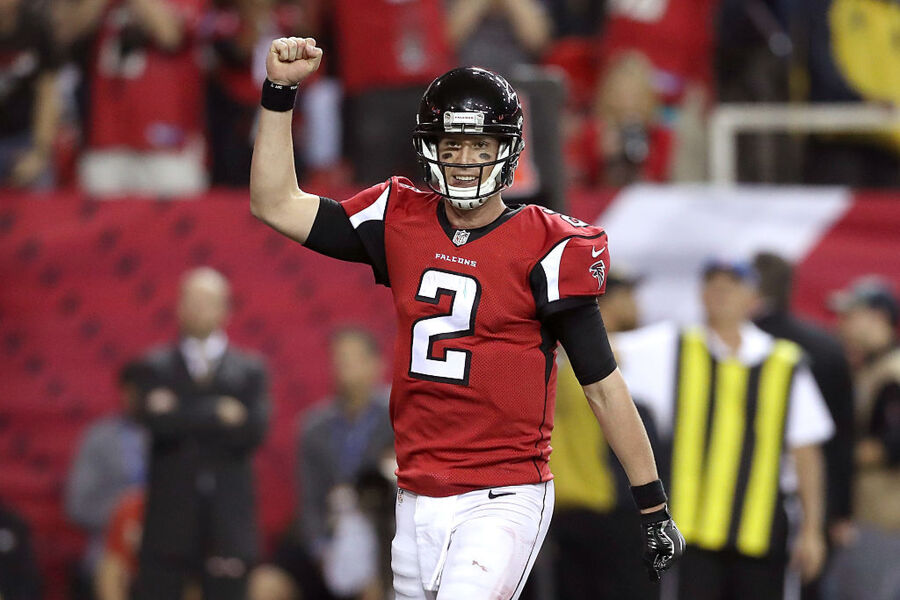 Details: Brady and Tampa agreed to a two-year, $50 million, fully guaranteed contract. The contract also includes up to $9 million in additional incentive and the Bucs have agreed not to use the franchise tag on him or trade him when the deal expires. Brady will be 45-years-old when this contract expires, so one can speculate that he will retire at that point.

Details: Smith and the Redskins agreed to a four-year, $94 million contract including a $27 million signing bonus. His average annual salary during the contract period is $23.5 million. In 2020, Smith's base salary is $16 million.

Details: In 2019, Goff signed a four-year, $134 million contract extension. The contract keeps Goff in Los Angeles playing for the Rams through 2024.

Details: In 2020, Tannehill signed a four-year, $118 million contract extension with an average of $29.5 million guaranteed each year.

Details: In 2020, Cousins signed a two-year contract extension worth $66 million. Overall, his deal comes in at $96 million over three years.

Details: In 2019, Wilson agreed to a four-year, $140 million contract extension with Seattle. Amusingly, he announced it from his bed with his wife, R&B singer Ciara. The contract included a $65 million signing bonus and an average annual salary of $35 million. At the time Wilson signed the new contract, it was the biggest signing bonus in NFL history.

Details: In 2018, Rodgers signed a new four-year contract with a $57 million signing bonus. The contract will keep Rodgers, 36, in Green Bay for the remainder of his NFL career.

Details: Ryan was going into the final year of his six-year, $103.75 million contract when he signed a new five-year, $150 million extension with Atlanta last year. The new contract included $94.5 million. Over the next two seasons, Ryan is set to bring home a base salary of $8 million and $23 million.