The 10 Poorest Cities in America

By Amy Lamare on August 21, 2013 in Articles › Entertainment

The economy hasn't been great. That's an major understatement for a large portion of Americans. Some cities in the U.S. are definitely feeling the pinch more than others. Whether it is higher unemployment, falling property values, or the number of people living below the poverty line, it's very tough out there for a lot of people right now and has been for a number of years. While we like to highlight the millionaires and billionaires at Celebrity Net Worth, today we're taking a look at the 10 poorest cities in America. For our purposes, we're only looking at large cities which we define as those with populations over 250,000.

Consider what it must be like to be poor in one of the biggest economies in the world. Even during a recession, the U.S. clocks in at or near the top of the list in terms of economy. The cities that make up the list of the top 10 poorest cities tend to be places where the local economy is dependent on agriculture, retail, service and low technology manufacturing. 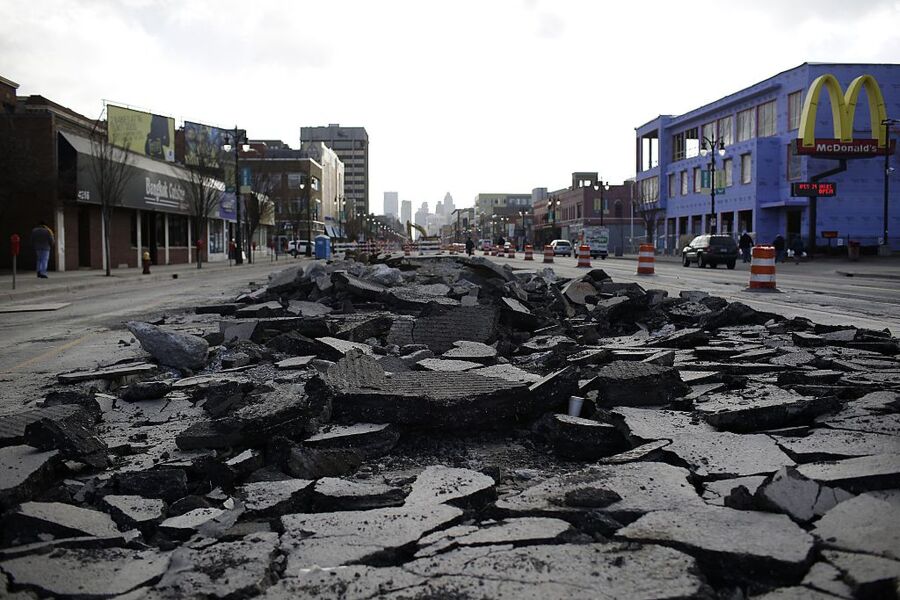 The cities that make the top 10 poorest cities in the U.S. list are the polar opposite of places like San Francisco/San Jose, Washington DC, New York City, and Los Angeles. They are drive by jobs that require little to no formal education and don't produce a specialized product as their primary industry that exports nationwide or worldwide like Washington DC, Silicon Valley, and Hollywood.

The median income of the poorest city is two and a half times lower than that in the richest city. The gap between the rich and the poor is growing and the following cities are bearing the brunt of it. These are the top 10 poorest cities in the United States:

Do you live in one of these cities or know someone who does? What's it like there? Please let us know in the comments.